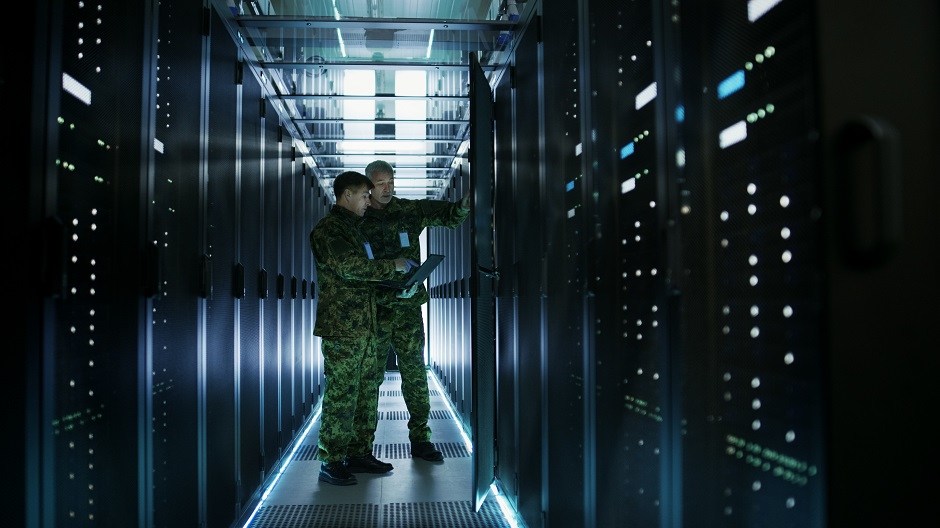 The United States is allegedly hacking Russia's electric power grid. It's a digital shot across the bow designed to warn President Vladimir Putin that the US can use its cybertools more aggressively, according to current government officials.

Cyber warfare still sounds like something out of a near-future 80s movie to many, but we're currently locked in a Cold War-style cyber showdown, and a full-blown cyber war isn't out of the question.

Here's how tensions between the US and Russia have evolved recently, and what exactly a cyber war might look like.

How Did It Start?

The New York Times broke the news of the US's hacking last Saturday, after gathering claims from both current and former US officials to show that the increased “digital incursions” into Russia's grid were intended as a response to Russia's attempts at hacking during the 2018 US midterm elections.

“In interviews over the past three months,” the Times reports, “the officials described the previously unreported deployment of American computer code inside Russia’s grid and other targets as a classified companion to more publicly discussed action directed at Moscow’s disinformation and hacking units around the 2018 midterm elections.”

President Trump's response to the new report was as tempered as usual: He tweeted twice about the Times story on Saturday, baselessly claiming it was both “NOT TRUE” and “a virtual act of Treason by a once great paper so desperate for a story, any story, even if bad for our Country.”

Do you believe that the Failing New York Times just did a story stating that the United States is substantially increasing Cyber Attacks on Russia. This is a virtual act of Treason by a once great paper so desperate for a story, any story, even if bad for our Country…..

Why is the US hacking Russia?

The just-revealed digital incursions are under the auspices of the United States Cyber Command, a Pentagon division, which was given the legal jurisdiction by both the White House and Congress.

As the new report explains, the hacks are a response to Russia's 2018 hacks, and will themselves likely be responded to with further hacking. It's an escalating tit-for-tat fight.

The Department of Homeland Security and the F.B.I. have issued a variety of warnings about Russian malware across the past several years, saying that power plants, gas and oil pipelines, and water supplies may be compromised. The new hacks were revealed following an announcement last week by US national security adviser, John Bolton, in which he stated the US was taking a closer look at a digital targets in order to “say to Russia, or anybody else that’s engaged in cyberoperations against us, ‘You will pay a price.'”

What has Russia's Reaction been?

Russia response has been just about what you'd expect from the nation: threatening.

In a statement to Russian News Agency, the Russian Presidential Spokesman Dmitry Peskov said that a cyberwar between the US and Russia was a “hypothetical possibility.” He also stated that “it was President Putin who has on numerous occasions sought to initiate international cooperation to counter any sort of cyber crime,” and that “our American partners never responded to our initiatives.”

What would a Cyber war entail?

The concept of a “cyber war” is a little vague, since the catch-all term refers to hacking, phishing, leaking, and spying, but the most likely attacks would center on systems like the aforementioned power plants, gas lines, oil lines, and water supplies. Russian malware might even spread via small home or office internet routers, according to a 2018 FBI bulletin that recommended US citizens turn their routers off and on again.

Even if an attack occurs, the nature of cyber wars makes the entire endeavour much murkier than any other type of warfare.

“While all these cyberwar and potential-cyberwar examples may be rather minor, compared to kinetic or traditional warfare, they are signals of a troubling turn in nations’ cyber-statecraft. First, these attacks – hard to attribute, borderless, and sudden – show how cyber threats erode sovereign power,” the World Economic Forum says of the emerging warfare.

“Secondly, the use of digital networks as an attack vector significantly threatens innovation. After all, the internet has been an unparalleled engine for growth in the Fourth Industrial Revolution but real, or imagined, cyber threats use these same networks.”

US's own malware incursions against Russia have been described as “software implants” designed to penetrate the Russian power grid, though there's no word on how successful they have been.

The upcoming 2020 US presidential election will almost undoubtedly serve as the battleground for the next big clash in a US-Russia cyberwar, regardless of what the outcome may be.

“Russia would be remiss not to try again, given how successful they were in 2016,” Steven Hall, a retired chief of the CIA’s Russian operations, recently said of the 2020 election. Senate majority leader Mitch McConnell has in turn been blocking election security bills including a bipartisan Secure Elections Act.