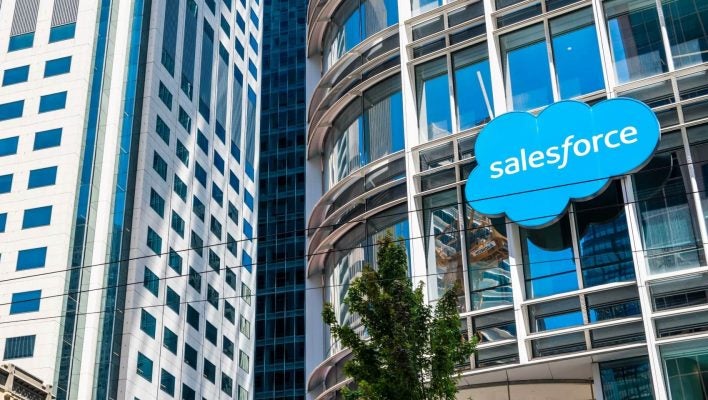 The world's most popular CRM provider is taking a stance on the controversial abortion ban in Texas, as Salesforce announced last week that it would help employees in the southern state to relocate.

Salesforce is consistently a leader. Whether it be the CRM market, the hybrid work shift, or social issues like this new law in Texas, the San Francisco-based company is regularly making noise and changing the way business is done across the world.

Now, with this latest announcement, Salesforce could be setting a unique precedent that would put more power in the hands of employees.

In a Slack message sent to employees last week– obtained by CNBC — Salesforce stated that, “if you have concerns about access to reproductive healthcare in your state, Salesforce will help relocate you and members of your immediate family.”

“These are incredibly personal issues that directly impact many of us — especially women. We recognize and respect that we all have deeply held and different perspectives. As a company, we stand with all of our women at Salesforce and everywhere.”

Despite not being reachable for comment immediately after news broke, Salesforce CEO Marc Benioff tweeted out the original article from CNBC on Friday with a message of support for his “family.”

Ohana if you want to move we’ll help you exit TX. Your choice.❤️https://t.co/y5IKpm5fNs

With 2,000 employees in its Dallas office and 60 other offices around the world, it's safe to say Salesforce is serious about relocating employees that want to leave Texas. But what is the rest of the tech industry doing?

Salesforce is a leader when it comes to innovation, but the CRM provider isn't the only tech company responding to the Texas's new law, the most restrictive abortion ban in the country, outlawing abortions after six weeks, before many women even know they are pregnant.

Ride sharing giants Uber and Lyft have both taken a stance too, stating that the companies would cover any and all legal costs for drivers who are sued for transporting women to clinics across the state.

“This is an attack on women's access to healthcare and on their right to choose,” said Logan Green, cofounder and CEO of Lyft.

Additionally, dating app companies have been adamant supporters of women in Texas, with the CEO of the company that owns Match.com, Tinder, and OKCupid starting a fund for Texas-based employees seeking reproductive health care out of state.

To be clear, Salesforce stated that the company is not taking a stance, and rather providing support for their employees, no matter what their opinions on the new law are. However, Salesforce does have a history of taking a stance when it comes to problematic political behavior.

In 2015, Salesforce began the process of “dramatically reducing its investments” in Indiana, as the state passed the Religious Freedom Restoration Act. According to Benioff, employees and customers alike were concerned that the law would allow businesses to deny service to LGBTQ+ people.

Eventually though, Indiana changed the law, and Salesforce didn't go through with the plans, even expanding in Indianapolis a year later, which just goes to show the power that big business has in influencing how the world works.