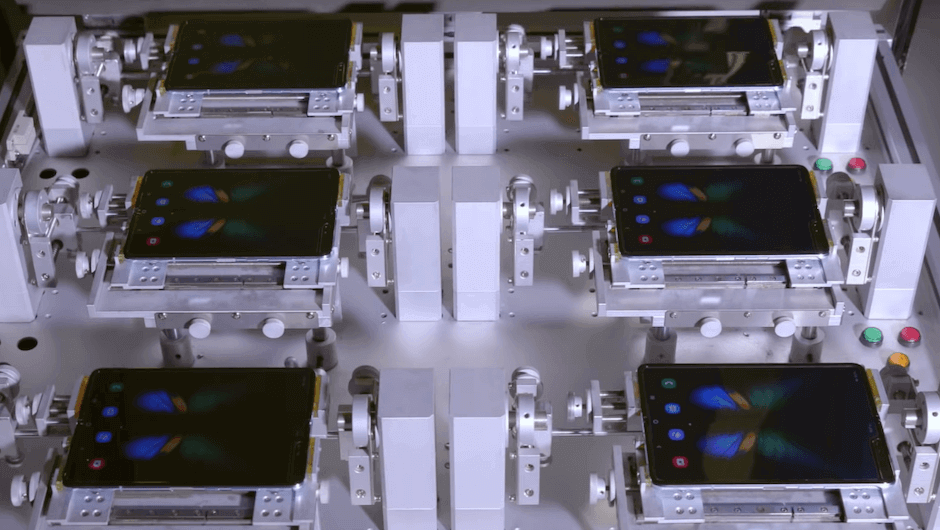 While foldable smartphones are the most exciting tech innovation in years, critics are already skeptical, alleging that the first iterations of the technology may not be as seamless as advertised. And Samsung is working to get ahead of the naysayers who are particularly concerned about the design of its Galaxy Fold.

After years of anticipation, foldable smartphones finally went from distant pipe dream to tangible reality in 2019. Samsung and Huawei have both announced devices available for purchase later this year – the Galaxy Fold and the Mate X. Others, like TCL, Xiaomi, and even Motorola, have announced plans to pursue the foldable phone tech in 2020.

However, as with all brand spanking new technology, the first consumer models aren't always worth getting your wallet out for. When it comes to bendable screens, there's a lot that can go wrong from the get-go, and even a little bad press at the outset can be a big setback.

Rival brand Huawei has been adamant on at least one occasion that Samsung's Galaxy Fold simply won't work. Huawei executives have claimed in interviews that the two screens folding inward makes the phone far too heavy for practical use. The reason Huawei is so sure it won't work? Because apparently, it tried the exact same thing.

“We had several solutions, but we cancelled them,” said Richard Yu, CEO of Consumer Business Group at Huawei, to Business Insider. “We had three projects simultaneously. We had something even better than [the Galaxy Fold], killed by me. It was bad.”

Granted, Huawei is one of Samsung's major competitors, and it's not like Huawei is going to be praising the device that's beating it to market on April 26th. Still, the Chinese tech giant isn't the only source of Samsung's bad press.

Earlier this month, a video was released, showcasing what appears to be a pre-released Samsung Galaxy Fold in all its flexible glory. Unfortunately, the video pretty clearly shows that the smartphone is sporting a very noticeable crease right down the middle. For Samsung, which is selling the phone at around $2,000, that's a potential nightmare.

The video originated from Vietnam, where Samsung tests many of its devices, giving an added layer of authority to the findings.

Of course, Samsung isn't going to let a little bad press ruin the launch of their newest device.

Samsung has plenty of experience dealing with bad press, given that only a couple of years ago, it was fire-fighting (almost literally) following reports of its Galaxy Note 7 battery exploding. Samsung responded with a battery recall in the short-term, plus a new-look marketing campaign about its expert lab quality testing to rebuild brand trust.

In similar fashion, Samsung has quickly posted a trust-building response to the potentially hype-destroying “crease” video.

“The device used in the YouTube video may have been a prototype or rejected production device,” said Cella Sin, a Samsung spokesperson, to Foldable News. “We don’t know. But what we do know is that the phones going to the end-users will have no crease whatsoever. Not even when the display is off, or all white.”

Well, that's reassuring. But words are easy – it's evidence that consumers value. Fortunately, Samsung also released this hypnotic video proving to users that it has tested the devices thoroughly:

Could the Galaxy Fold Be A Bust?

Other than the infamously incendiary Galaxy Note 7, Samsung certainly isn't known for tech catastrophes. In fact, as the number one smartphone vendor in the world, it's safe to say Samsung has done a pretty good job so far when it comes to building top-of-the-line devices.

Launching a foldable smartphone is a still ambitious, and Samsung is doing it before (almost) anyone else, which leaves the door wide open for a whole mess of problems. Sure, the announcement made it look great, but this is still first generation technology.

We're simply not going to know how the Galaxy Fold looks and works until it's released. Samsung has kept the device pretty close to the chest, so we haven't received a lot of hands-on information, which makes it a pretty risky buy for any aspiring early adopters. But hey, if the $2,000 price tag didn't scare you off, what will?