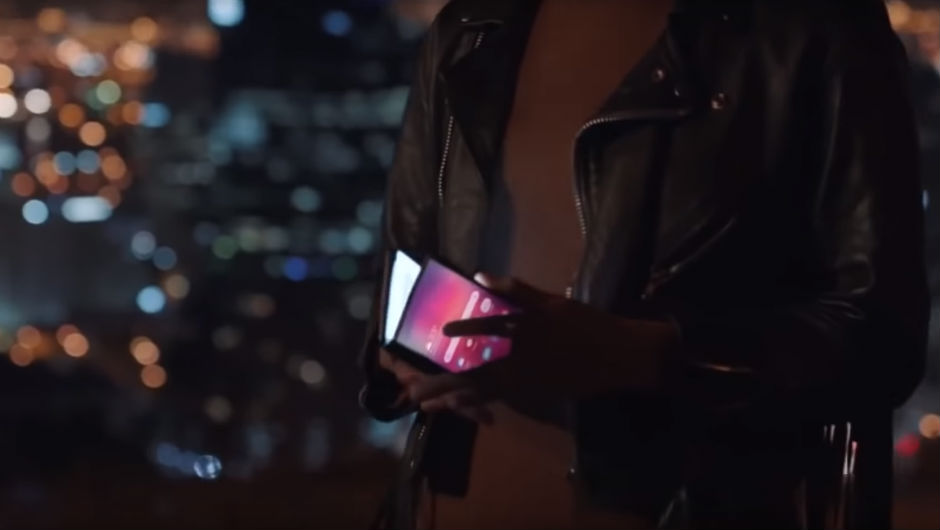 After years of speculation, rumors, teases and mocked up protoypes, Samsung has finally revealed its groundbreaking foldable phone. We got our first glimpse of it during a very quick segment at its 2018 developer's conference, but, thanks to a leaked advert on 1 February 2019, we got a closer look at the folding phone.

In the blink-and-you'll-miss-it moment, the phone was shown on stage back in November. But the company didn't give too much away – the device doesn't even have a name yet.

Is Samsung's folding phone the future of mobile tech, and can we finally stop carrying around phones AND tablets?

We get our best look at the phone yet at 0:24, when the phone is shown being unfolded. Sadly, no specific details are released about the phone. But, we can see a lot of AR tech on show throughout the advert, which isn't something Samsung has previously been too bold with.

According to PocketLint, the text at the end of the advert translates to “New standards we create today” and “so you can start creating it tomorrow.” That's typically Samsung language, which definitely lends some weight to the advert's authenticity.

The South Korean company has a big event planned for February 20, just before the Mobile World Congress trade show in Barcelona, and rumors abounded that we'd finally see the folding phone in full. This advert, if legit, would lend a lot of weight to those rumors. 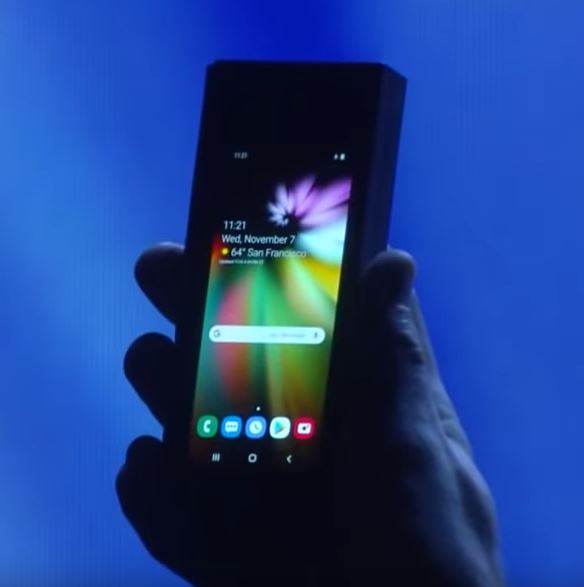 The phone in closed mode

Despite the media hype and teases from Samsung, this event never really hinged on the foldable phone. The developer's conference is intended, naturally, for developers, and covered a whole load of inside-baseball updates that general consumers wouldn't be interested in. And then, in the middle of it, came the much fabled Samsung folding phone. Or rather, the screen technology that will be key to the folding phone.

Justin Denison took to the stage, the lights dimmed, and he whipped out a candybar style phone.  A pretty chunky one at that. We're talking Babe Ruth girth.

The silence in the room was palpable. The phone itself looked bulky and boxy, but Denison assured the crowd that it was a casing hiding the actual product – probably wise of Samsung to keep its secrets close to its chest while it still can. Then, the big reveal, Denison effortlessly opens it up like a book, and a 7.3-inch Android tablet screen springs to life, and the crowd goes wild.  When closed, on the face of the device a standard phone screen appears, showing that it has two separate displays.

The phone was opened and closed a couple of times, before being put away for good. The whole show-and-tell segment probably didn't last a minute, but left an impression all the same. 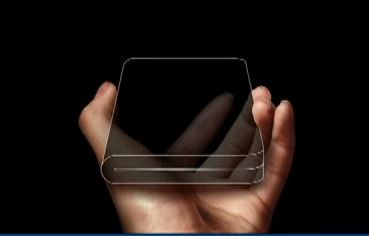 The key to Samsung's folding phone is in its Infinity Flex display. The company aren't referring to this device as a ‘new phone', but more as a new range of devices. The focus for the brand isn't on a one-off phone with an innovative new angle, but more the way the new technology could be applied to a range of products.

The biggest challenge in the design was making the screen thin enough to fold, and Samsung boasted that it had managed to reduce the thickness of its polarizing display component by 45%. This is essential, as it's this component that handles the way the screen dissipates light, so your view isn't obscured by reflections.

While the hands-on time with the display was brief, a presentation that followed told us more about the abilities of the Infinity Flex, claiming that it was not only foldable, but also rollable and stretchable. It also told the audience that the display could be folded ‘hundreds of thousands of times', which could hold credence to the rumors we had previously heard about the screen being tested by being folded up to 200,000 times.

The scope for the display goes beyond phones, if Samsung have truly nailed the tech. If the company can prove that its vision goes beyond a gimmick, then it's undoubtedly the most important development in screen technology since the flat-panel display.

When Will the Folding Phone be Released?

We knew that the folding phone was close – Samsung CEO DJ Koh had been dropping more and more elaborate hints in the past few months. However, if you're expecting one under the Christmas tree this year, you're going to be disappointed.

The technology will apparently be going into mass production within the next few months, according to Samsung, so it'll be 2019 before you can walk into a store and buy one. The precise date remains to be seen, and the fact that we haven't even seen the final version of the product yet means it won't be for some time.

Then there's the price. No word was given on the cost of the phone, but you should probably start saving now. Samsung is manufacturing an innovative display, and that doesn't come cheap. Luckily, early adopters have deep pockets, but for the average consumer, the price tag will likely be an eye-popper.