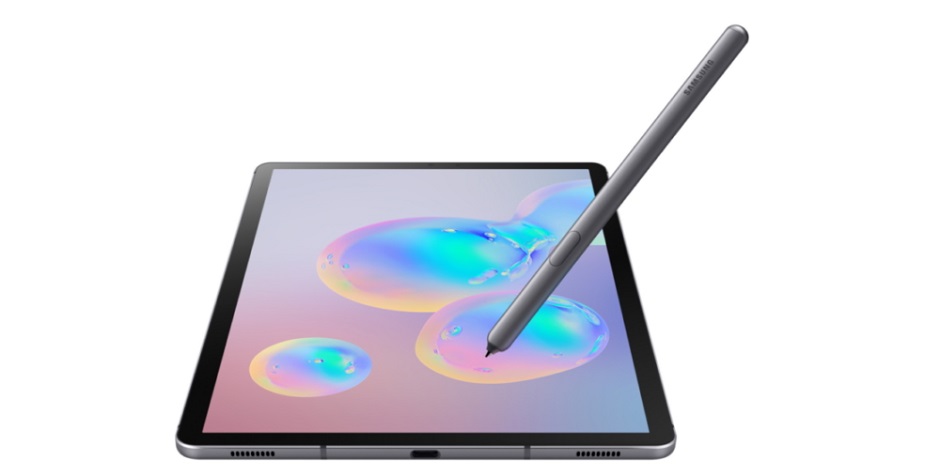 Samsung has unveiled its latest tablet, the Tab S6 – a 10.5-inch Android-driven device, which follows on from the Tab S4, Samsung's ongoing attempt to upset the Apple-cart and compete in the iPad-dominated tablet market.

While the Korean tech giant has something of an uphill battle on its hands, the Tab S6 introduces some neat features that could prove tempting. These include an onscreen fingerprint sensor, a new compatible keyboard case, and further improvements to its DeX feature, which aims to give tablet users similar functionality to a traditional laptop.

The Tab S6 follows on from the Tab S4. Although Samsung did release a Tab S5e, the new S6 is much more closely related to the more premium S4 range. We're anticipating a likely launch price of $650 when the Tab S6 arrives on sale on 9 August.

What is the Samsung Tab S6?

The Tab S6 is the latest tablet in Samsung's Tab line-up. It runs on Android, an operating system that has somewhat fallen out of favor for tablets in recent years, compared to Windows, and of course the dominance of Apple's iOS.

While the S6 is unlikely to being down the mighty iPad range, it does at least provide a viable alternative for those who looking for a capable Android tablet. While that's a dwindling audience, there are still plenty of Apple-doubters around.

Specs wise, the S6 boasts a 64-bit Octa-core processor, 6/8GB of RAM and 128/256GB of storage (although naturally it has a microSD card slot, so users can cheaply add storage up to 1TB). It also has a beefy battery, with Samsung suggesting an awesome 15 hour run time.

The Tab S6 has a 10.5-inch screen, giving it the same display real estate as the iPad Air, and is also compatible with the S Pen stylus, although that will cost you extra. Taking a leaf from Apple's book, the S Pen now magnetically attaches to a recess on the back of the tablet, where it will charge wirelessly.

The new tablet is also compatible with Samsung's new Book Cover Keyboard, which has a dedicated DeX button to take users straight into the mode.

The Tab S6 also gets an onscreen fingerprint scanner, a first for the series.

Following on from the Tab S4 and Galaxy S10, the S6 boasts DeX (short for Desktop Experience) as a standout feature. This mode attempts to bridge the gap between laptop and tablet by providing a more desktop style interface.

For starters, there's a task bar, just like you'd find in Windows 10. Not only that, but it can also be used as a second screen, in conjunction with another display. This could come in useful for presentations and the like (or watching Netflix while you work).

Then there's the tablet features that we first saw pop up on the Tab S4. These include being able to open several windows at once and drag icons around the screen, as well as right-click for more functions. Yes, with a mouse. Just like a real computer.

While the iPad's upcoming iPadOS update will do a similar job, DeX is arguably more intuitive for those used to Windows devices.

The Tab S6 is scheduled to land in retail stores in August, and although Samsung hasn't offered a solid date yet, or even the territories it will be available in, Amazon.com already has a listing for a 9 August release.

There's also no word on price yet, but again, Amazon is listing it for $650. That's the exact price the S4 launched at, so this seems a fairly safe assumption.