CES 2019, the biggest consumer electronics show on the planet, has dropped a bombshell early on, with the revelation that Samsung is working closely with its long-term rival, Apple, to bring iTunes to new Samsung TVs.

Yes, it's time for mass hysteria, cats and dogs living together….Apple and Samsung are in cahoots. The move is an unexpected one, but its great news for anyone with an extensive iTunes library that wants an easy way to access them on their TV (without having to buy an Apple TV device).

The feature is expected to launch later in the year, and Samsung has also revealed that it will be making the feature available on some older models, too.

At its CES 2019 event yesterday (6 January), Samsung announced that its 2019 line-up of TVs would feature iTunes compatibility, allowing views to access their existing libraries on an integrated Smart TV app for the first time.

Not only that, but new Samsung TVs will also be compatible with AirPlay 2 – this means that it will be easy to stream video, images or files from an Apple device, such as an iPad or iPhone, directly to the TV.

The app will be available on 2019 Samsung TV models. But, in a generous twist, Samsung also announced that its 2018 models will receive a firmware update in the future to allow them to take advantage of the feature.

There hasn't been any announcement as to which specific models will get the app, but we have to imagine that Samsung will include it on all its Smart TVs going forward. 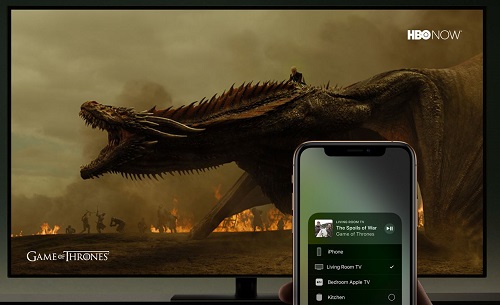 Is the iTunes App a Samsung Exclusive?

As expected, Samsung is being fairly vague on the details of this partnership. In its press release, it states “a new iTunes and TV Shows app will debut only on Samsung Smart TVs”. This isn't exactly evidence that it won't appear elsewhere – in fact, the press release doesn't mention any long term exclusivity at all.

While there's every reason for both parties to shout to the rooftops about cozying up with each other, owners of every other brand of TV will be wondering when they'll get a chance to get their hands on the iTunes app.

The good news is that the language on Apple's own site is slightly less ambiguous. In the blurb on its site for AirPlay 2, it states ‘Leading TV manufacturers are integrating AirPlay 2 directly into their TVs'. So, there's every chance that these manufacturers could also be incorporating an iTunes app, too…

For now, it's a case of watch this space…or buy yourself an Apple TV if you really can't wait.

“We look forward to bringing the iTunes and AirPlay 2 experience to even more customers around the world through Samsung Smart TVs, so iPhone, iPad and Mac users have yet another way to enjoy all their favorite content on the biggest screen in their home,” Eddy Cue, senior vice president of Internet Software and Services at Apple. 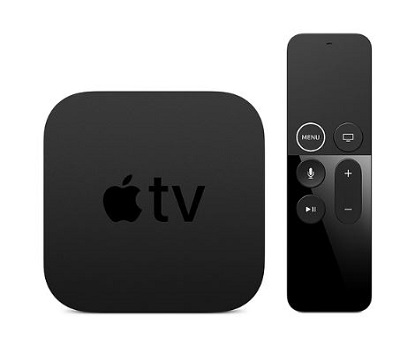 One less reason to buy an Apple TV

What Does This Tell Us About Apple?

There's no doubt that this is a left-field move on Apple's part. If a buddy of yours tells you they knew this was going to happen, get them to buy you a lotto ticket.

It does show that the Samsung and Apple might just be softening on their rivalry a little – for the sake of financial gain, if nothing else. With the recent news that the latest batch of iPhones hasn't met expectations internally, prompting an apologetic letter to shareholders, Apple seems to want to diversify and explore other potential revenue streams. Getting iTunes into more homes could be just that.

It also means that that rumors of Apple creating its own TV brand can finally be put to bed. These have been circulating for years, but if Tim Cook and co were looking to announce their own sets, they would have certainly held onto a built-in iTunes app as an exclusive.

It also shows us that Apple thinks it's more worthwhile integrating iTunes into Samsung TVs than trying to sell users an Apple TV device. Sure, this box set does everything that the Samsung app will do and more. But, at $180, it's a much harder sell than a free app that comes with your TV.