In the consumer tech culture, there's a constant pressure to upgrade your device regularly to guarantee that you don't fall behind. Samsung is throwing Galaxy Watch owners a much welcome bone, with its latest update giving older Watch models some of the features from its latest Galaxy Watch Active model.

Included are a brand new user interface, updated settings and, apparently, increased battery life. All of these are available of Watch owners through a free over-the-air update.

Not all Galaxy watch models will get the update, however. The Galaxy Watch, Gear Sport and Gear S3 devices all qualify, but, if you're still hanging onto an older model, you might be out of luck.

Samsung has been fairly generous with its update – the download comes in at just over 100 MB. The new functionality shows off some of the neater aspects of the Galaxy Watch Active, while also delivering them directly to your older model, meaning that you don't have to put down $200 for the latest model.

One UI: This is the first one that you'll notice after the update – a completely revamped UI for older devices that is the same as that of the shiny new Galaxy Watch Active. Included are new graphics, animations, and an updated “at a glance” view.

Settings update: Samsung say that the settings menu has been updated, with the ability to turn the sleep mode on and off, as well as waking up the watch by touching the phone.

New faces: If you've been jealous of the cool faces available to Galaxy Watch Active users, then good news – you can now decorate your older model with them, too.

Swimming: This one could be niche, but al fresco aquatic athletes will be please to hear that outdoor swimming has now been added as an activity.

Samsung Health: The Samsung Health functionality has now seen an update too, and will alert you if it your heart rate is high, much like the Apple Watch 4. In addition, the daily activity feature has been given more prominence and shows your workout and hourly activity data.

Improved battery life: This is a big one, especially if your Galaxy Watch is starting to age a little. In the update notes, Samsung has stated that the update will offer “battery optimization”. This will allow you greater control over background app activity, meaning that you could eek out that battery for a little longer. 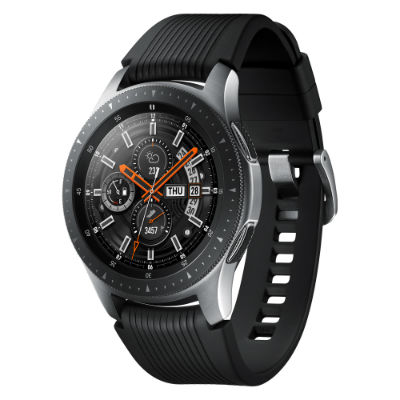 Which Samsung Watches Will Receive the Update?

If you have one of the following watches, you can expect to receive the update:

If you own anything older than these models, then you're stuck with what you've got.

The updates are being rolled out now, so check the updates function on your phone to see if its ready and waiting for you. If not, you shouldn't have to wait too long.

Will the Updates Improve Your Smartwatch?

Will these updates mean older models are on-a-par with the latest model, the Galaxy Watch Active? Not quite. The Active is still going to pack a faster processor than your older Galaxy Watch lines.

But, if you're using a Galaxy Watch, Gear S3 or Gear Sport, then the feature boost will certainly make your smartwatch feel slightly less dated.

If you're not one of the lucky ones due an update, maybe it's time to upgrade your smart watch? Take a look at our guide to the best smart watches available.