While it may be the Samsung Fold that's grabbing the headlines at the moment, the company has just released a brand new tablet, the Samsung View 2. Although, unlike the Fold or the S10, you can forget about slipping this into your pocket.

The Samsung View 2 is a tablet with a massive 17-inch screen. As the name suggests, its not even the company's first foray into large-display models – though the first View was hardly a big seller.

So, do you need a massive tablet in your life? We take a look at what the View 2 offers.

After a tablet that's a little smaller? See our guide, Which iPad Should I Buy?

What is the Samsung View 2?

Let's take a look at the Samsung View 2 specs:

First and foremost, it's a huge tablet. At 17.3-inches, it's admittedly a little smaller than the previous model, which was 18.3-inches, but you still wouldn't make many friends if you whipped this out on the bus.

Although it's gargantuan, its specs are rather modest. You'll get a Full HD 1080p display (nope, not 4K), and four speakers packed into the frame. The Android-based tablet doesn't come with much storage –just 64GB. But it does have a microSD card slot for easy expansion.

The 1.6GHz Exynos processor and 3GB of RAM will do a fine enough job of streaming video and running everyday apps, but this is no powerhouse.  There is also a huge 12,000 mAh battery, which it needs to power that large display.

There's also a 5-megapixel front facing camera, although, rather understandably, Samsung hasn't bothered with one on the rear. The inclusion of the front facing camera means that owners can use it for video calling, either over WiFi, or via mobile networks, as the device is capable of accepting a Sim card.

Good question. For all intents and purposes, the View 2 is essentially a slightly more portable smart tv, although at 4.9 pounds you probably wouldn't want to carry it too far for very long. Of course, it's possible to use it for any compatible Android apps, but its difficult to know just which apps you'd want displayed so large.

Serious gaming is out, thanks to the slightly underpowered specs, as is any sort of more advanced image or video editing.

So, video streaming seems to be the most obvious option left. The screen size will make it better than a standard tablet for this – we'd rather watch the latest episode of Game of Thrones on the View 2, rather than a typical 9.7-inch iPad. That said, you'd want this huge screen propped up on a surface, rather than nestled on your lap. If the View 2 has a natural use case, it's as a TV of sorts, albeit it one that you can easily move around the home (or out of it, if you wish).

The mega-battery should allow it a decent battery, and being able to carry it from one room to the next does save some expensive on kitting out every room with its own TV. Lets not forget that you can also use it to stream content, even if you're somewhere without wifi, thanks to the LTE capability – just keep an eye on your data plan.

There are a couple of ways to pick up the Samsung View 2 right now. Firstly, you can purchase it directly from Samsung's site, where you'll find it for $740.

Then there's AT&T, who are selling the tablet to customers on a lease arrangement. Customers pay $37 dollars for 20 months and at the end of this own the View 2 outright. To save you the math, the cost comes out the same as it would if you were to buy outright.

The good news is that you probably don't need to worry about the View 2 being surpassed any time soon – it's been three years since the original model launched.

Is There Any Need for Mega-Tablets?

The Samsung View 2 isn't the first large tablet to hit the market. Its predecessor, the original View, was a larger 18.3-inch model. Yet this hardly set the world alight.

It seems that not everyone wants a large tablet. The original View received criticism for its price (the View 2 is actually more expensive – uh oh), weight, and just the sheer size of the thing.

A few years ago, Panasonic took a stab at the large screen tablet market, with the Toughpad 4K UT-MB5 tablet. Aimed primarily at businesses, it boasted a 4K display and a 3rd generation Intel Core i5 processor, 8GB RAM and a dedicated NVIDIA GeForce graphics card. This was back in 2013, so a fairly desirable bit of kit. Less desirable, however, was the price. At $6,000, it was definitely aimed at those with deep pockets.

More recently, there's been the Microsoft Surface Hub 2S. Releasing in the US in June this year, the Hub 2S is part tablet, part whiteboard. At 50-inches, this isn't one to have on your lap – in fact, you can even purchase a pedestal accessory separately. Like the Tough Pad, this one is also aimed more at businesses, hence its $9,000 price tag. If you don't think 50-inches will cut it, then you can look forward to a potential 85-inch version in 2020.

There's a lot more argument for a large tablet in a business setting than in the home, but one has to imagine the original View sold enough units to consumers to justify a follow up. If we ever see a View 3, let's hope the screen quality and processor get a boost.

Read More About Tablets on Tech.co 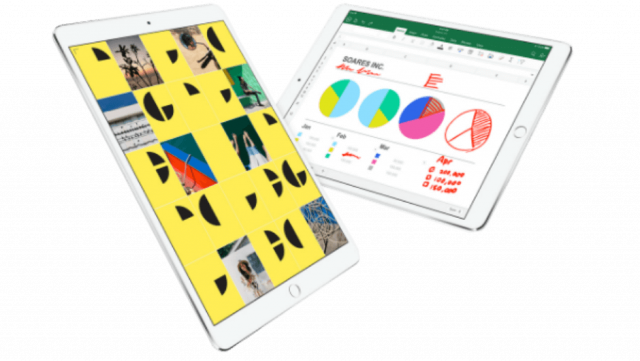 After something a little cheaper than the Samsung View 2? Amazon Fire tablets cost from under $50 – find out which model we'd recommend 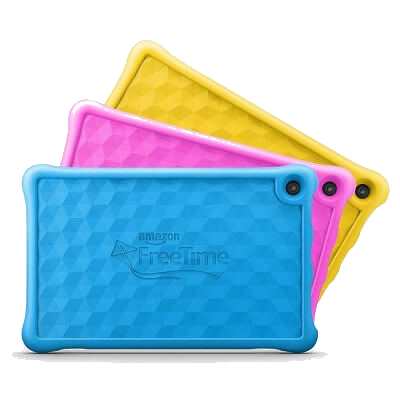