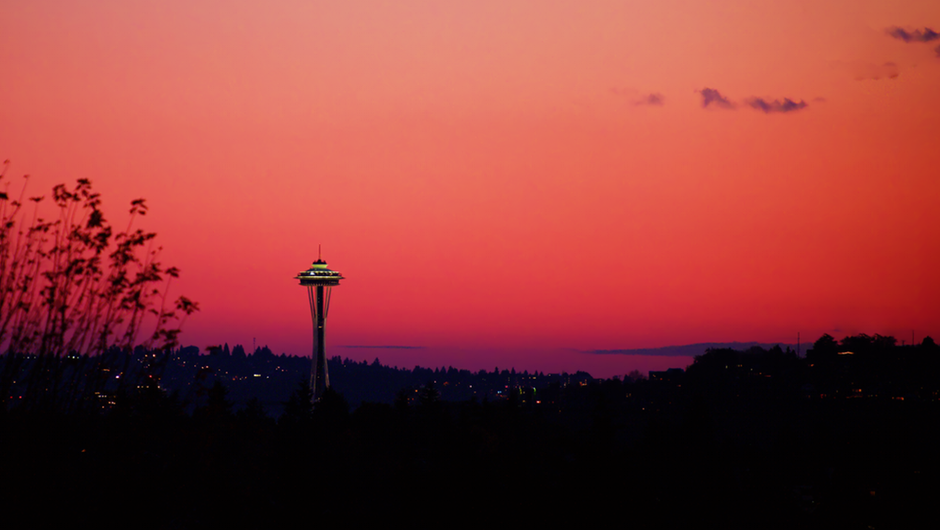 The future of journalism and news media is up in the air. The industry's perspective is so bleak that articles about the death of journalism are their own cottage industry — though sadly not one likely to save journalism.

The latest data points: the Wall Street Journal has announced “substantial” buyouts after reports that the paper is as much as 30 percent below its budgeted revenue. Two of the biggest U.S. newspaper publishers, Gannet and Tronic, are slogging through paperwork en route to a merger. Gannet may be in charge of most of the local reporting in the U.S., but they've lost over a third of their market share since the summer.

Enough with the grim stats. Let's talk about the newbie startup in my home town: Seattle-based local news startup the Evergrey officially launched today following a six-week beta. I was lucky enough to be included in the beta, and got to attend a potluck on Saturday. There, I heard a great description of Seattle's rapid expansion: It's a “city on steroids,” making a hyperlocal news organization that actually keeps its nose to the ground even more essential.

I'm a long-time fan of local news startups — “I Want to See Startups Curate Local News” was my first opinion piece for Tech.Co — so I'm happy to say that the Evergrey knocks it out of the park. Their decentralized approach makes sense for a post-webpage era: the Evergrey's Medium account or Soundcloud page can each serve to deliver the information Satellites need when they need it, though social media or their email newsletter.

Q&A With a Co-Founder

Here's a quick Q and A I ran with Mónica Guzmán, who, alongside fellow audience-engagement-centric journalist Anika Anand, co-founded the Everygrey:

Why would you say there's a need for the Everygrey (or operations like it) right now?

“Seattle is growing and changing so fast. So here, at least, it's more critical than ever for people to understand what's shifting, find their place in the city and feel like they can really be a part of where everything is going. The Evergrey is out to help people make the most of what's here, so we consider it part of our mission to help people connect to their city in ways that matter to them. In a broader sense, this is a time in media when a lot of people are finding a lot of different ways to inform themselves. So journalism can do more than just source information. It can guide people through it, it can connect the dots, it can help connect different people and communities come together.”

What are the biggest things you've changed or learned about the process of making the Evergrey during your beta?

“Before we launched the beta, we talked to a lot of people in the area about how they relate to their city. And we were so struck by how personal so many of the issues around Seattle's growth really are. Whether it's someone's commute, the development around their neighborhood, how they access or feel they fit in the city — all that matters so much right now not just to all the people who are moving here, but to people who have been here all their lives and are wondering where the city's headed and where they fit in.”

Could you share anything about a revenue model you see working out for the Everygrey?

“The Evergrey is part of Whereby.Us, a company that makes local media to engage locals with what's around them. Their business model is ours as well, and it involves two main revenue streams: sponsored stories and branded content. Branded content is managed by the Whereby.Us creative team, which behaves like an agency to create campaigns for clients in which the editorial team is not involved. Sponsored stories are stories that are underwritten by companies or organizations who want to associate themselves with topics we've already covering.”

One thing that should make 2016 audiences happy about that revenue model: No advertising. As Neiman Lab reported in their write up today, WhereBy.Us “makes no money from display advertising.” Local media can't be disrupted fast enough.