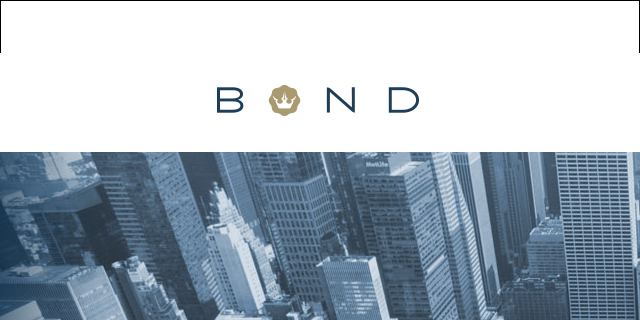 I rarely interrupt my morning breakfast ritual for anything, but an email I got the other day forced my hand. There was something different about this email, though, because inside was a beautifully designed and laid-out electronic note.

The top reads, “Introducing BOND, it’s now easy to be exceptional with handwritten notes and cool gifts.” The body went on to describe BOND, a newly launched startup with a mission to bring back the fun of giving; their app lets you send these notes and gifts from around the world directly from your iPhone.

“Here’s to a happier, better-connected world,” it finished: signed, Andy Ellwood. Immediately I stopped eating and got typing, crumbs going all over my keyboard. A few moments later, I had a chance to get some insight into BOND directly from Mr. Ellwood.

Tech Cocktail: Why was BOND started?

Andy Ellwood: BOND's founding team built their careers on the relationships they had developed. Sonny Caberwal, the founder, sold his last company in 2012 and was taking some time to mentor ecommerce startups in NYC. He realized that there was a tremendous amount of innovation around personal buying, but not much in the ways of buying for someone else.

The more that idea was discussed and dissected, the more obvious is was there was an opportunity to make giving to others much easier and less stressful. So BOND was created to make you look good, in both your personal and professional life, by letting you follow through on your good intentions.

Tech Cocktail: What is BOND doing to stand apart from other gift giving platforms in the market?

Ellwood: There are plenty of platforms with lots of items that they'll sell you so you can give it to someone else, but BOND thinks about it differently. We believe that just because you buy something for someone else, it doesn't necessarily mean that you've communicated what you wanted to say.

We are also holding a celebration campaign for our launch and what we hope is the beginning of more giving and thoughtfulness. We are giving people the ability to send their first note on us.

Tech Cocktail: You mentioned an obsession over what people say via gestures, is there any other philosophy for success you try to abide by?

Ellwood: The more that we are exposed to innovation, the more we realize technology should complement tradition, not replace it. Using the online to drive value to the offline is where a lot of big ideas are taking off.

This has helped us attract a dedicated first batch of users who want to go the extra mile for a lot of their business or personal relationships. We at BOND are all mobile first people, and we strive to help people make their good intentions mobile and flexible as well.