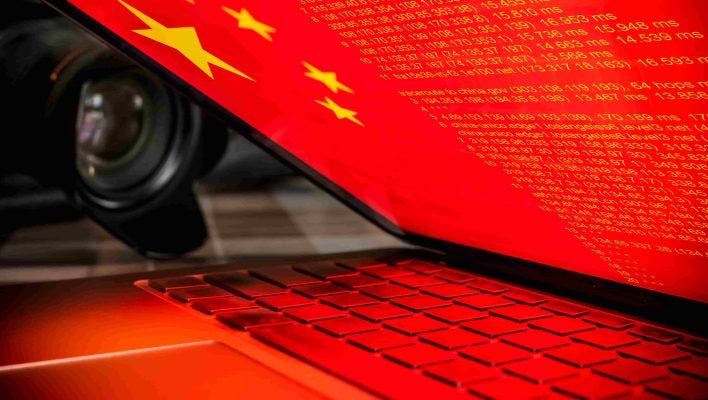 The Chinese government is influencing search results for a number of keywords relating to topics like Covid-19 and the treatment of the country's Uyghur Mulsim population, a new report has concluded.

It’s hardly common to see SEO used for geopolitical gain. Considering Google’s reach, however, it's entirely unsurprising that one of the world's superpowers has seen it as an opportunity to disseminate information.

The study, conducted by the Brookings Institution and the Alliance for Securing Democracy, compiled 120 days’ worth of data from Google Search, Google News, Bing Search, Bing News, and YouTube.

It focused on search terms relating to Covid-19 and the Xinjiang region of China, both points of geopolitical contention for Xi Jinping's party.

“Beijing is quite focused on positioning itself as a responsible global leader and softening perceptions to the contrary” – Winning the web: How Beijing exploits search results to shape views of Xinjiang and COVID-19.

The country has faced criticism for mishandling the initial outbreak of Covid-19 before it wreaked havoc across the world, as well as committing a catalog of human rights abuses – as well as genocide – against the local Muslim Uyghur population in the Xinjiang region.

The SEO push, the report says, is rooted in the fact that Beijing is “focused on positioning itself as a responsible global leader and softening perceptions to the contrary.”

For the word “Xinjiang”, a Chinese state-supported news publication appeared in the first 10 results in 88% of searches – on 106/120 days it was searched.

Similarly, on video-sharing platform YouTube, Chinese state outlets were found among the top 10 results in 98% of searches, this time on 118/120 days searched.

The research team found that Google/Bing News and YouTube Search were more likely to return state-backed propaganda pieces than Google or Bing Search.

Searches for “Fort Detrick” – the center of a Chinese-promoted conspiracy theory that suggests the epicenter of the Covid-19 pandemic was in fact a US military base – often led to content backed from sites backed by Beijing, with “619 observations of videos from Chinese state media outlets appearing in the top 10 search results during our study (or around five per day).”

Interestingly, the research team found that News and YouTube Search were more likely to return state-backed propaganda pieces than Google or Bing Search was.

“Chinese state media accounted for roughly 22% of the observed pages and 25% of observed channels in search results for queried topics related to Xinjiang and the origins of the coronavirus on news and YouTube searches, respectively,” the researchers revealed.

The figure for Google and Bing Search, by way of comparison, was just 6%.

Can Search Engines Do Anything to Stop China Exploiting SEO?

It’s complicated. Ned Adriance, a spokesperson for Google, told CNET that the search giant makes an effort to “combat coordinated influence and censorship operations”. Microsoft is also reportedly reviewing the findings of the study.

There is some evidence that this is the case, too – the report notes that China seems less able to impact searches relating to Covid-19, likely due to the fact that search engines like Google have spent a lot of time moderating related content.

The report notes that China seems less able to impact searches relating to Covid-19, likely due to the fact that search engines like Google have spent a lot of time moderating related content.

But the report also comments on the fact that, due to China’s intricate web of “content hosting and influencer arrangement” it’s hard to determine exactly what is coming from Beijing, and what isn’t.

If included, this would increase the amount of state-backed content returned in search results by 10 percentage points.

One interesting example is the Helsinki Times, which has around 370,000 monthly readers. It started posting articles directly provided by the People’s Daily (China’s largest newspaper) in 2020 and 2021, in an alleged attempt to combat ‘Western Bias’.

SEO: The Good, The Bad, and The Ugly

SEO is an incredibly important concept for businesses – most of the websites you visit that sell or review products will have full-time SEO employees that ensure quality content produced by their website rises to the top of the Google rankings.

So important is SEO nowadays that even the cheapest website builders will offer some SEO tools on their plans.

But, as with most useful things, it can be used for insidious purposes, such as Negative (or “Blackhat”) SEO – the practice of deliberately attempting to push competitor sites down the rankings via malicious tactics.

One, for example, would be scraping all of your competitor’s website content and reposting it on another domain.

These instances of China using search engine optimization techniques to influence Western public opinion may just be the tip of the iceberg.

If search engine moderation tech consistently lets such content slip through the net, it could provide a powerful geopolitical tool for governments to sculpt the views of the masses for years to come.