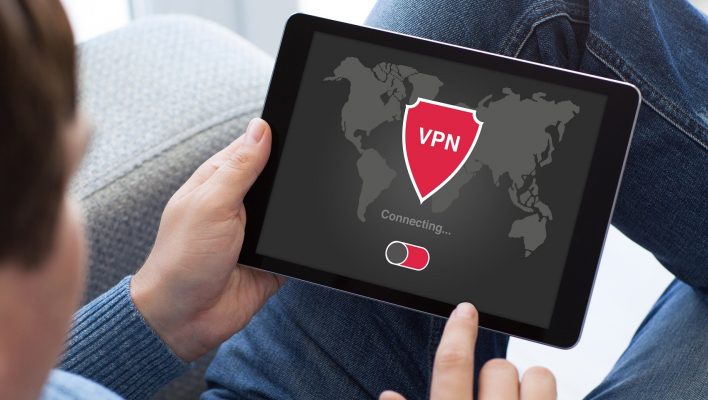 The issue, states Snowden, stems back to Gericke's activities prior to joining ExpressVPN, where he took part in Project Raven, an initiative the helped the United Arab Emiriates spy on its enemies, and the subject of an ongoing court case.

ExpressVPN, perhaps one of the most recognisable VPN brands on the market, has responded to Snowden's comments, stating that Gericke's past gives him a unique advantage, while not condoning his work with Project Raven.

Snowden is responsible for massive government leaks that took place on 2013. These leaks mainly pertained to American government surveillance, as Snowden worked as a contractor for the CIA and gathered numerous records on both the NSA and the Five Eyes Intelligence Alliance (which shares sensitive intelligence between Canada, New Zealand, Australia, the US, and the UK.)

After leaking this information, Snowden fled to Russia to seek asylum, where he remains to this day, as the US still has charges against him. From there, Snowden operates a Twitter account where he comments on politics, surveillance, and various other topics.

Snowden's comments on ExpressVPN are particularly scathing, as he's established himself as somewhat of a man of the people when it comes to government surveillance and cyber security.

Why Is Edward Snowden Against ExpressVPN?

Snowden's tweet wasn't particularly in-depth, meaning that people were left to assess exactly why Snowden had such an issue with ExpressVPN's new CIO. However, it was in response to a tweet stating that the CIO was previously involved with illegal government hacking.

If you're an ExpressVPN customer, you shouldn't be. https://t.co/l8us92W0BQ

ExpressVPN's CIO Daniel Gericke had a role in an illegal UAE government surveillance project, known as Project Raven. Gericke has pled guilty to the charges presented to him, and agreed to pay the associated fine.

As a man associated with government security, Snowden has a big problem with a cyber-security company hiring a man with a known history of what could be interpreted as cyber-crime.

Who Is Daniel Gericke?

As ExpressVPN's Chief Information Officer, Daniel Gericke is a very high up executive. However, the former NSA operative also took part in Project Raven, which compromised US security.

Gericke and the other two participants admitted their involvement in the operation, and plead guilty to various counts of cyber crime. They have agreed to pay a collective fine of $1.69 million, and may never seek jobs that require US security clearance.

Nowadays he's working at ExpressVPN, and Edward Snowden is concerned about Gericke's role with the company.

What Is Project Raven?

Project Raven was an operation conducted by Daniel Gericke and two other US intelligence operatives. Despite being employed by the US, the UAE's monarchy request that these three men insert backdoors into US cyber systems, allowing the UAE to get its hands on various US military secrets.

The three men admitted to using a cyberweapon called “Karma,” which allows hacking to occur on an iPhone without any links being clicked by the iPhone's user. Using this, they were able to access the phones of journalists, government officials, and humans rights activists. This Apple problem has seemingly been fixed since.

After the three men admitted to this act, they were able to avoid prosecution by pleading guilty, which lead to a fine.

“Hackers-for-hire and those who otherwise support such activities in violation of U.S. law should fully expect to be prosecuted for their criminal conduct.”

What Is ExpressVPN's Response?

Not long after Snowden voiced his unhappiness with ExpressVPN, the company pinned a thread to the top of their Twitter standing by their decision, ending in a larger, more comprehensive statement about Gericke.

[Statement] ExpressVPN stands firmly on the side of a more free, secure, & private internet—we can’t achieve this without the support of our customers & the broader internet community. In light of the recent news regarding Daniel Gericke, we wanted to share a statement [thread]

ExpressVPN's logic is that in order to fully service their customers in the realm of security, they must work with those who are familiar with the realm of cyber attacks.

“Some may ask: How could we willingly invite someone with Daniel’s past into our midst? For us, the answer is clear: We are protecting our customers… The best goalkeepers are the ones trained by the best strikers. Someone steeped and seasoned in offense, as Daniel is, can offer insights into defense that are difficult, if not impossible, to come by elsewhere.”

This approach is not unprecedented. Many times, businesses or governments will hire people who have previously worked against their mission in order to get the opposing perspective. It's like hiring a professional thief to see if your security system is all it's cracked up to be.

However, Snowden doesn't think this is good enough, and believes that a cyber security company hiring an admitted cyber criminal is a bad sign for ExpressVPN's customers. Hiring Gericke as a consultant would be one thing, but as a chief executive is definitely a significant move from ExpressVPN.

Whether or not Snowden's fears are valid, cyber security is an important issue, and getting a VPN that you can trust is always going to be worth the time and money.

Both Snowden and ExpressVPN present valid points as to whether or not Gericke's hire is morally sound, so it's up to you to decide whether ExpressVPN is the right service for you.

If you're in the market for a VPN, try looking at our list of Affordable VPNs. They're a great entry point into the realm of VPNs, and can help you understand what you're getting into.