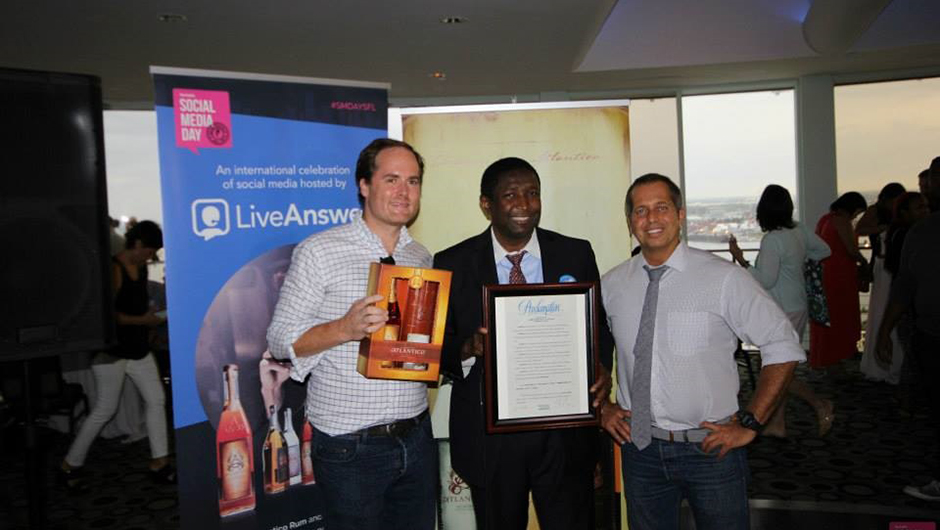 Following the success of Social Media Day South Florida, which is recognized by Mashable as “one of the country’s largest Social Media Day meetups”, Adam Boalt, whose company LiveAnswer was a sponsor of the event, offered this recap:

“In the summer of 2010, I packed my bags and moved from Washington, DC back home to where I grew up in South Florida to become a part of a startup and tech community I heard was making a comeback in the region. For decades the Miami-Ft. Lauderdale metroplex strove to become a tech hub, but would take one step forward with two back, and I had the perfect opportunity to finally get the message across and make something happen.

As soon as I landed, I headed from the airport straight to the inaugural Social Media Day South Florida and met founder and organizer Alex de Carvalho, who has since become a great friend and centerpiece of Miami's digital media and technology landscape.” 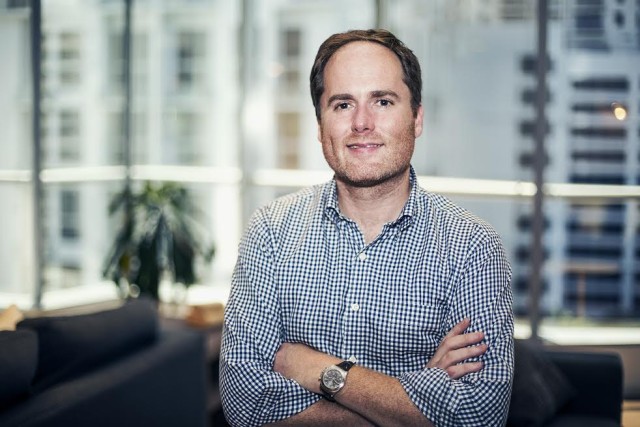 About the Author: Adam Boalt is the quintessential entrepreneur skilled at using today’s technology to create businesses focused on customer acquisition and retention.  He is currently the CEO of LiveAnswer, the on-demand call center. This article was submitted and written by Adam Boalt.

Fast forward 5 years, my company LiveAnswer, the on-demand call center, is slightly over a year old and services everything from entrepreneurs and small businesses to enterprises such as Keller Williams Realty and Game Show Network (GSN) Games. Since Alex has tracked my professional progress and passion for digital media beginning at the first Social Media Day South Florida, he recognized my drive to help the Miami-Ft. Lauderdale region evolve from being known strictly for fast cars and South Beach to a real community driven tech ecosystem.

Last week, Alex afforded me the privilege of being the keynote speaker for the 5th Annual Social Media Day South Florida (SMDSFL). In the company of hundreds of digital media professionals, social media enthusiasts, and business owners gathered at the Hyatt Regency Pier 66 in Ft. Lauderdale, we would use the opportunity to celebrate digital media that attracts thousands to Mashable Social Media Day events around the world. Mashable recognized the South Florida event as “one of the country’s largest Social Media Day meetups” as it was one of the first of these global events to take a conference-style approach.

We cannot argue with the impact of social media on modern communication in homes and workplaces across the globe and I knew this was an opportunity to really highlight South Florida and motivate participants. Once Alex asked me to give the keynote, I reached out to a childhood friend who shares the same passion for startups and digital media, Atlantico Rum co-founder Aleco Azqueta, as well as his business partner Enrique Iglesias, to see if they were interested in helping to support the event.

Miami will be the primary location to launch a tech startup

Enrique responded almost immediately not only to pledge support for SMDSFL through Atlantico, but to help us make Miami-Ft. Lauderdale the primary location to launch a tech startup – a perfect situation to trend. This is unique – a brand indigenous to our region, but with celebrity and international influence – that shares a social media enthusiasm to help grow South Florida’s digital community.

As a speaker, participant, and digital media business owner never satisfied with resting on my social media laurels in this ever-evolving platform, I was impressed by the shared passion and advanced thought leadership present throughout the day.

For example, Andrew Beckwith aka Miami Dolphins DJ Supersede (President, Supersede Group) spoke about disruptive emerging technologies DJs and artists will soon use to elevate social interaction to a whole new level through music. Then, Karla Campos (CEO, Social Media Sass / Florida Social Con) blew me away with her forward-thinking in harnessing the power of video to reach social media fame with target customers. It's not about pleasing everyone, but understanding social media user's rapidly deteriorating attention spans will help to focus content on those who will not only personally identify with your brand, but also help to promote it even further.

The Miami-Ft. Lauderdale metroplex was recognized as #2 in the U.S. in startup activity by the Kaufman Foundation in 2015. With this in mind, during my keynote speech, I challenged participants to band together as one social media voice and utilize the power of our already trending SMDSFL hashtag and Atlantico's digital reach to recruit all South Florida social media, tech and entrepreneurial players to elevate the Miami-Ft. Lauderdale metropolitan region to the #1 position for startup activity in 2016.

We noticed mid-event on Sunday the power and speed of our region's social media even outside of the Hyatt Regency Pier 66, especially the influence of Atlantico Rum with participants. I know that it is difficult to make a change on your own, but with a captive audience you can group together to speak in unison and make a change through social media.

This was proven a success in the combined #SMDaySFL and #AtlanticoRum hashtags included in over 1500 tweets, retweets and mentions with over 6.2 million impressions during the event itself (over 16 million up to this day total). The same combined hashtags on Instagram reached 4.5 million profiles with over 13,000 identifiable engagements.

As the event's founder and organizer, as well as Knight Innovator in Residence at FIU School of Journalism and Mass Communication and President of Social Media Club South Florida, Alex credited various factors for the influence and success of SMDSFL. By the end of the event, he seemed very impressed with what SMDSFL participants were able to not only learn, but accomplish in promoting their region, in a single afternoon. This can also be attributed to the event's first time being held in Broward County, combined with thought leaders, local and long-term sponsors who attracted new faces and really give SMDSFL a great community feeling.

Thought leaders and companies who nurture a startup ecosystem

I believe I can speak for the SMDSFL community in saying the most important actionable item coming out of this event will be utilizing the thought leadership guidance provided by our speakers, partnerships with Atlantico Rum and local tech and startup leaders like Alex and Pipeline Brickell's Philippe Houdard to push this community action model to the next level. SMDSFL helped craft a goal in the Miami-Ft. Lauderdale region to bring our ranking for startup activity from #2 to #1 in 2016, of course on the platform of digital and social media.

While SMDSFL was a great event, it was also the launching point for a huge change in the region and proof that when we all get involved, the city has the potential to lead. Part of the beauty of this event is that when a diverse group of motivated participants and influencers come together for a common goal, outsiders will listen. Sunday proved it is possible as we trended in 1st place in Miami for two hours and again trended high (5th Place) with the Atlantico Rum After-Party atop the Hyatt Regency Pier 66.

This is evident in my success and is the same model used where I work at Pipeline Brickell, Philippe Houdard's workspace in Miami. Philippe's vision to house quality minds, collaboration of companies and a high level of disruption in this workspace hold so much value that I consider it unmatched throughout the country and a model for how we can move South Florida to the top.

With a commitment of a similar model of collaboration, partnerships with Atlantico Rum, Philippe and Alex on future events and awareness projects, we know that the lasting impression South Florida will make is something special.