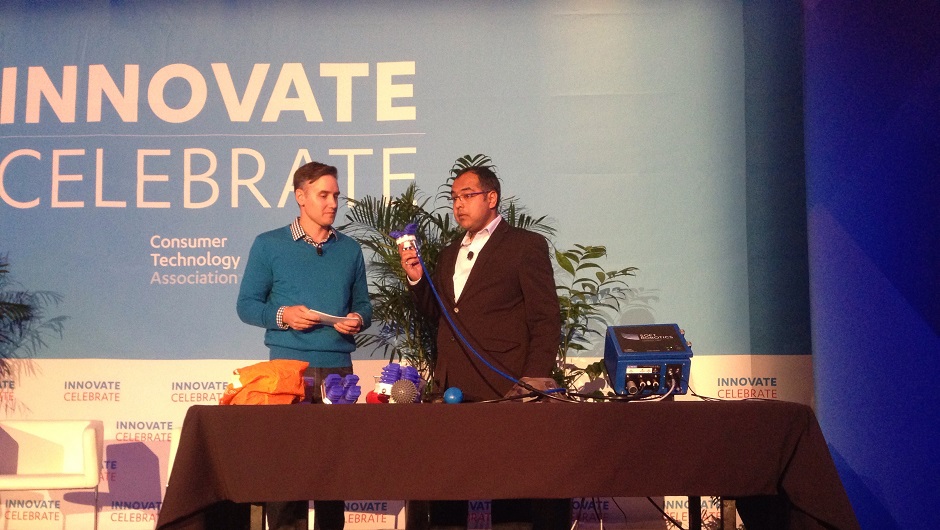 Picking strawberries is a labor intensive job as each berry needs to be pulled off individually. And even though the strawberry harvesting industry is the highest paid of all the berry picking industries, many berries rot on the vine every year because there is a labor shortage.

It's time for a revolution: The next generation of robotics will finally be able to overcome the challenges that have led to those manual labor bottlenecks, and Soft Robotics is leading the charge.

At the Innovate Celebrate 2017 event, Soft Robotic's Chief Business Officer, Sub Datta, spoke to TechCo's CEO Frank Gruber about his approach, the challenges that his team overcame, and just how tough a time the average robot has picking up marshmallows. Check out the Facebook video covering the demo with a few funny moments below.

Why can't robots pick strawberries? They face two major challenges, Sub notes. First, safety is a concern, but secondly, the robots must be able to learn on the job in order to confront a variety of different stimuli. They'll need a vision system in order to understand their surroundings, and they'll need to plan how to accomplish a specific physical task using information learned in real time.

“Many of the fastest growing industries must continue to be manual because they can't solve this problem,” Sub notes, citing industries including food and packaging.

The Solution: The Hand Gripper

In the demo (in the video above), Sub operated the gripper, selecting fruit, cups, and more. Despite the varying shapes and sizes, the robot hand could handle it all. Frank even attempted to give the gripper a few curveballs, including a handful of tiny marshmallows he had pocketed from the refreshments table outside the event room. Yes, we have an action shot.

Our Innovate Celebrate crowd was the most impressed by Frank's successful attempt to hoist a hot cup of coffee without spilling a drop.

“Every apple is different,” Sub explains. “We showed this video to a large manufacturer who asked about the programming. But it doesn't use programming; it does it automatically.”

Soft Robotics has cleared the hurdles in front of it: The soft robot could even pick up a bag of rocks, even though the rocks shifted around within the bag — a skill useful for moving packaged fish or meats.

The company has close to a billion picks, and some robots can handle up to 130 picks per minute. As a result of its work, the pioneering company now has plenty of partners worldwide. Most notably, the world's largest retail pizza maker uses their gripper to pick up its dough.

In Sub's words, it's no longer a question of “human vs robot.” It's a question of human and robots helping each other to get better every day.

Read all our coverage from Innovate Celebrate at TechCo