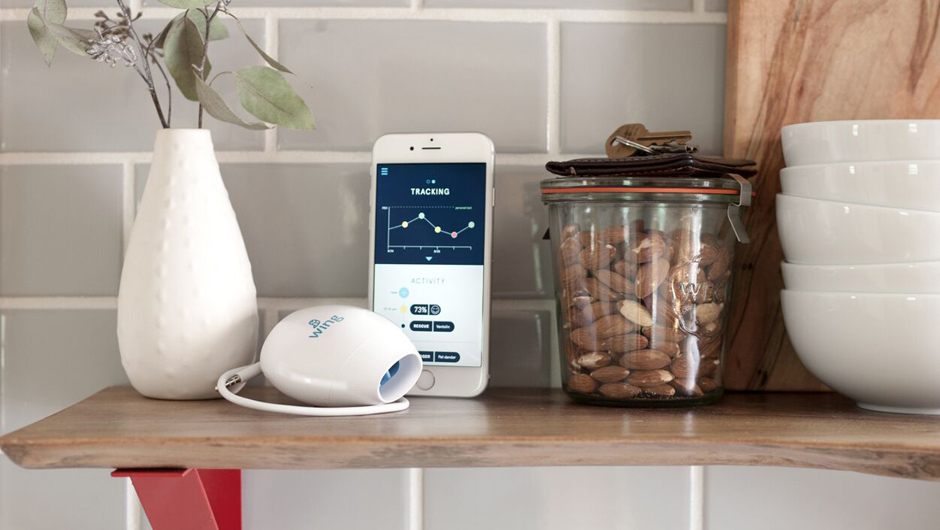 Time and time again I've made mention that young, college entrepreneurs aren't to be ignored. Case in point: Andrew Brimer and Abby Cohen have studied entrepreneurship at Washington University in St. Louis, been invited to a UN Summit to pitch their idea, and were one of the top startups at the White House Demo Day.

Together, Brimer and Cohen have worked incredibly hard to build out Sparo Labs, a company dedicated to helping asthma patients manage their lungs. Everything operates via a small device they've taken to calling Wing, a pocket sized sensor paired with an app.

“We designed Wing to help give peace of mind to people suffering from respiratory conditions,” says Cohen. “Not only does Wing help people better understand their lungs and manage their condition, but it also helps their physicians identify the treatment plan that keeps them breathing their best all year long.”

As a user, all you have to do is plug Wing directly into the headphone jack on your phone. Everything on the piece of hardware is powered by the smartphone and you can easily measure lung function, with medical grade accuracy, by simply blowing into the Wing sensor. 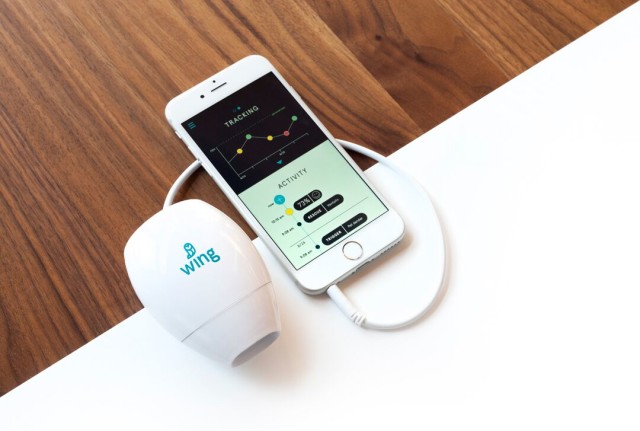 The results are instantaneous, and Wing easily explains the results according to a stoplight zone system. The green, yellow, and red colors give a clear indication and description of how the user’s lungs are doing. Everything is built on a mission to detect declines in lung function early and take the right course of action at the right time to help prevent asthma attacks.

Further, Sparo Labs built the Wing platform to automatically store and track lung function measurements over time and allows users to also track the two things that affect their lungs: medications and triggers. From there users can visualize these factors with their lung function, share a report of their data with their doctor, and work together to avoid triggers while finding the best treatment plan for themselves. 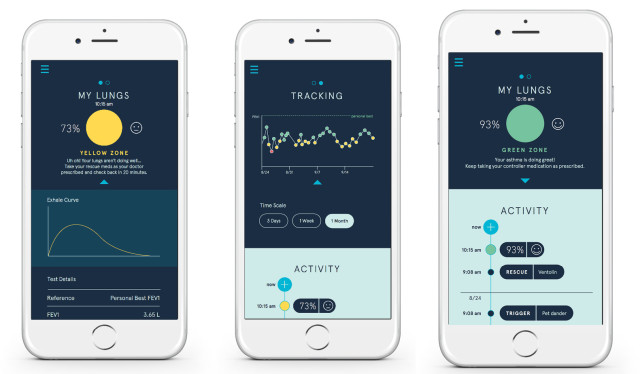 Besides helping asthma patients though, people with other respiratory conditions like COPD or cystic fibrosis can also benefit from using Wing. In fact, it’s helpful for anybody who wants to better understand their lungs, including groups like athletes and wind musicians.

As it currently stands, Wing is compatible with iOS 8 and later iterations, but Android development is still in progress. Brimer and Cohen have also submitted an application to the FDA for Wing that's pending clearance at this moment.

Today marks the first day on their Indiegogo campaign trail as the entrepreneurs seek to raise $50,000 over the next 30 days. Every contribution will go directly towards accelerating the development and manufacture of Wing: they're already past the $10,000 mark and day one isn't even in the books yet.