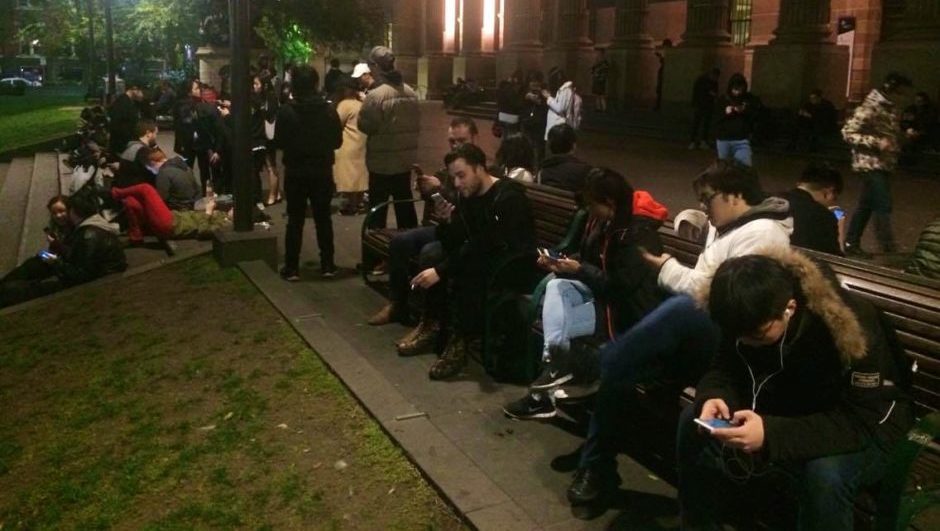 Pokémon Go has become a social phenomenon in less than a week. Scores of adults, gaggles of children, and herds of teenagers have taken to parks, stores, cemeteries, and museums around the world to catch everything from Pidgeys to Charizards in pursuit of the strongest and most diverse Pokédex possible. It's so enthralling, in fact, that some people have forgotten that Niantic's goal was to make money. And while Nintendo's stock has soared to miraculous heights in the last few days, how does Niantic plan to capitalize on the popularity of the mobile game? Well, they just found a way.

According to a recent statement from Niantic chief executive John Hanke, sponsored Pokéstops will become part of the immensely popular mobile game in the future.  As he explains, business owners will be able to purchase Pokéstops in order to create foot traffic around their stores. Advertisers would be charged on a cost-per-visit basis, which based on the popularity, could end up being quite lucrative for Niantic.

“There are several ways that we see the potential for significant monetization of  Pokémon Go by Nintendo, and one of them is certainly the potential for paid advertising or paid deals that encourage players to come to a particular building or store. It is a huge opportunity,” said Hanke to the Financial Times.

The idea is, frankly, genius. I must admit that purchase-able items in the store are a lure, but there is no way Niantic could be satisfied with Angry Birds money when they're capable of Uber money. This monetizes an obviously valuable commodity that is beneficial to players, advertisers, and Niantic all in one move. But where does it end?

“You can understand how anyone with anything to do with retail and location has that ability to get their brands to tie in,” said David Jones, an early investor in Pokémon Go to Business Insider. “Real world food shops could have virtual berries; real-world pharmacies could have cures; sports stores, gyms, there are so many different things you can do. The potential is enormous.”

Apparently, it doesn't have to stop at all. From the sounds of it, the money-making possibilities are endless and that is a bit scary. With sponsored Pokéstops, will other non-paying Pokéstops have to be eliminated? Will rare Pokémon be exclusively found in wealthy neighborhoods that can shell out the green for sponsored lures? Will Pokémon Go become a goofy model for the wealth inequality issues this country faces today?

This monetization is a good move for Niantic on a basic level. Unfortunately, the potential implications are a lot more concerning for the future of the game when you think about it for more time than it takes to catch a Blastoise.