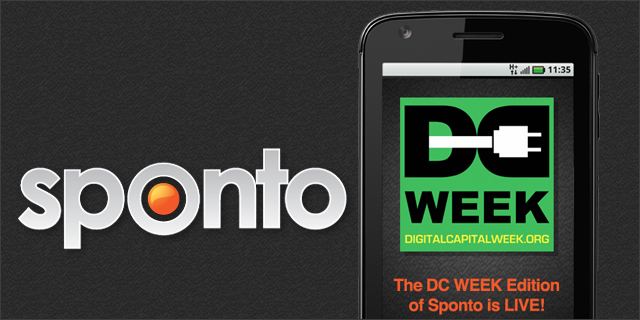 During my freshman year in college – way back in 1993-94 – I somehow always knew where the parties were before and during the weekend.  And somehow, everyone knew to ask me.  Looking back, it just amazes me that information like that spread – and was accurate – as we were relying on a very primitive form of crowdsourcing.

Now, of course, there is social media and mobile apps to help out.  One of our showcased startups at last week’s Tech Cocktail DC mixer, Sponto, has developed a free mobile app that would have come in handy nearly 20 years ago (wow – 20 years – now I feel old).  Sponto actively detects and crowd-sources content from large gatherings, turning your smartphone into an always-on social sensor.

Founders James Harvey and Brian Farmer have adopted Facebook’s original go-to-market strategy at college campuses to deliver a product that integrates the unique features of smartphones, which college students already rely on, with immediacy and location.

The app includes Facebook integration (of course) and automatic party detection that uses GPS to detect gatherings of 3 or more users within a given proximity.  It also automatically asks you to share what’s going on by uploading photos and descriptions of the party.

In a nod to the app’s usefulness, they are currently raising a $500,000 convertible round led by Amplifier Ventures to aggressively introduce the product to East Coast colleges and universities this semester.  Looking ahead, they anticipate raising a $2.5 Million series A round by early 2012.

If you are in college, give it a try and let us know what you think by leaving a comment below.