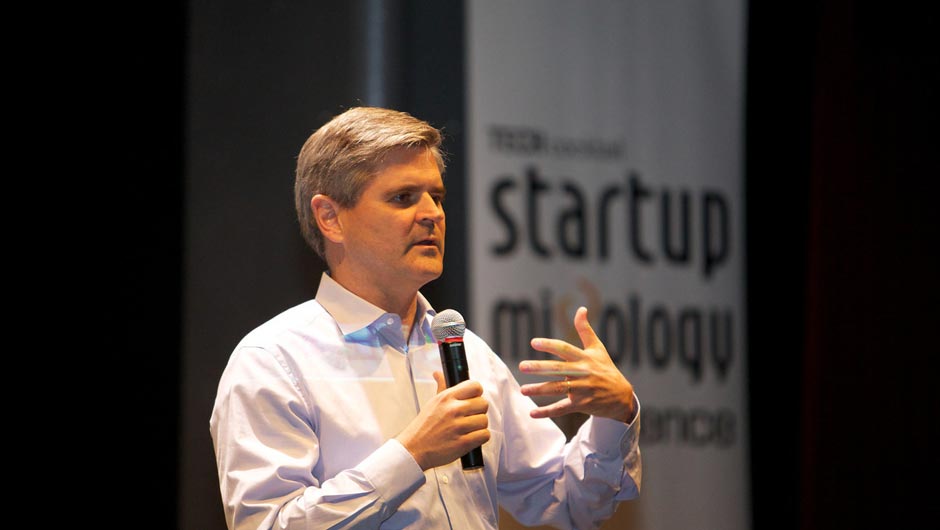 At this year's SXSW in Austin, TX, I sat down with Steve Case to talk about his thoughts on innovation and entrepreneurship in America, the Rise of the Rest, and his new book The Third Wave. In our exclusive Steve Case SXSW interview (which you can watch below), Case touches upon his theory regarding this “third wave” of the Internet.

During the first technology boom in the 1990s, America got online thanks to a startup based out of Northern Virginia called America Online. Led by Case, the company's efforts created the first wave of the Internet – with Americans across the country dialing to connect via phone lines and using the Internet metered by the minute. Fast forward to today: things have come a long way as the infrastructure of the Internet has become faster and Wi-Fi connections and mobile networks have created an environment where we're always connected. Companies like Facebook, Instagram, and Snapchat have benefited from this second wave of the Internet – the “smartphone revolution” – as they've been able to gather a large number of users faster than ever before. But according to Case, one of America’s most accomplished entrepreneurs and the pioneer of the Internet, there is another wave coming: one in which entrepreneurs will focus on fixing problems in “real world” sectors like health, education, transportation, energy, and food – and, in the process, change the world.

Last year, I joined Steve Case and great group of partners on his Rise of the Rest tour – where, every day of the week, we toured through a new city, hosted a pitch competition, and awarded a lucky startup $100,000. The tour summarizes Case's belief that the next great company is not going to be based in Silicon Valley but somewhere else – that the rest are rising. To date, the tour has stopped in 19 cities and awarded over $2 million in funds to early-stage tech startups.

And, if you haven't already, I would order Steve Case's new book, The Third Wave. As someone who's read lots of startup books and authored a startup book of my own, I've got to admit it's one of the best books about startups in a long time. It offers a playbook for entrepreneurs, CEOs, and anyone to follow to succeed in this new wave of entrepreneurship. It's really exciting time for innovation and entrepreneurship in America.

Steve Case and The Third Wave joined Tech.Co along with IBM, .CO, Salesforce for Startups and thousands of SXSW attendees at our 7th annual Startup Night in Austin, Texas on March 13, 2016. The video interview (above) was recorded at this event.