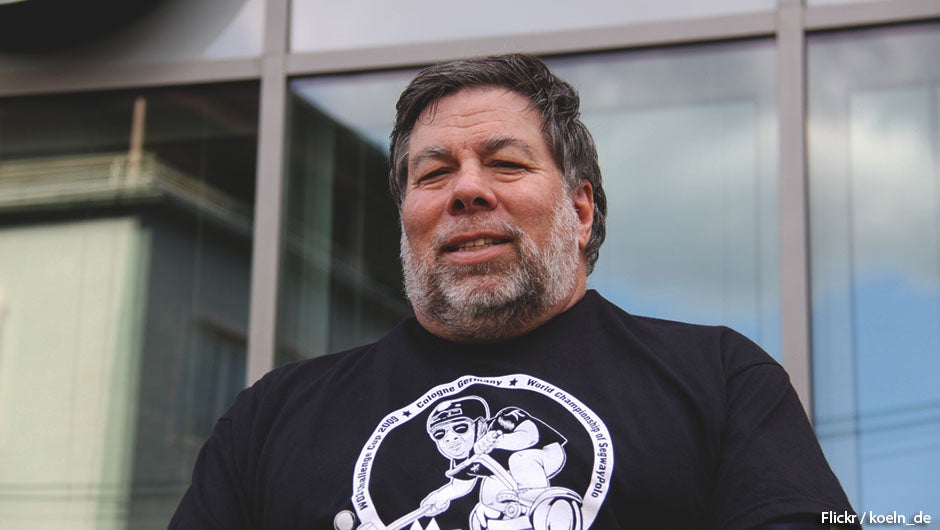 In a recent interview with I Programmer, Steve “Woz” Wozniak was very blunt regarding Steve Jobs's role in developing the Apple I and Apple II computers – the two devices to which Wozniak is attributed. When it came down to what Jobs contributed to the designs of the early personal computers, Wozniak says frankly that Jobs played no role whatsoever.

“Steve Jobs played no role at all in any of my designs of the Apple I and Apple II computer and printer interfaces and serial interfaces and floppy disks and stuff that I made to enhance the computers. He did not know technology. He’d never designed anything as a hardware engineer, and he didn’t know software. He wanted to be important, and the important people are always the business people. So that’s what he wanted to do.”

While it's been pretty well-known that Jobs wasn't a technical person – he was more renowned for his business savvy and strategic, creative mindset – Woz has never been this vocal or blunt about that lack of technical know-how. He even puts in an additional jab about the Apple II computer and what it enabled Apple as a company to accomplish; that without it, we may not even be seeing Apple as one of the most profitable companies in the world. Says Wozniak:

“The Apple II computer, by the way, was the only successful product Apple had for its first 10 years, and it was all done, for my own reasons for myself, before Steve Jobs even knew it existed.”

The interview with I Programmer is one of a series of three separate interviews hoping to gain the developer's thoughts on education, engineering, and Apple. Woz explains, for example, his motivation for pursuing science and math at an early age, and how that translated into a future interest in electronics and computing.

While Woz points out that Jobs played no technical role in building the Apple I and Apple II computers, he does point out that – without Jobs – the company likely would not have done as well, regardless of how well the product was. He notes: “it's very important, even if you are not a business man, [to] find someone who is.”

You can watch the full video interview with Steve Wozniak below: