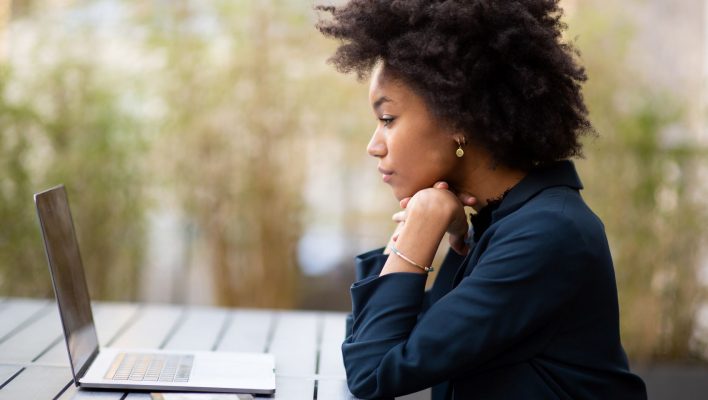 There's no denying that tech has had a gender and racial issues for quite some time. Between a lack of representation and the persistent problem of pay, the industry — which prides itself on progressive support — has been far from stellar when it comes to diversity.

Now, a clear-cut study shows that these companies are actually getting worse at promoting equal pay, which is not a trend you want to see coming out of tech.

The study from Arjuna Capital and Proxy Impact — titled the “Racial and Gender Pay Scorecard” — scored 51 companies on their willingness and ability to address gender and racial pay gap concerns within their businesses. And unfortunately, most companies didn't do very well.

“Despite a wave of corporate statements expressing solidarity with Black Americans and women, there are very few standout companies that actually provide an honest accounting of and commitment to closing racial and gender pay gaps,” said Natasha Lamb, managing partner at Arjuna Capital.

To make matters worse, the tech industry — which consistently boasts about its commitment to progressive policies — isn't improving as far as pay gaps are concerned. According to the study, tech giants Amazon, Google, and Microsoft all scored lower year-over-year with a C rating, with not a single tech company on the list receiving an A rating.

As the study points out, these low ratings are largely due to the industry's unwillingness to provide unadjusted gender and racial pay gap information without a written mandate. And that is arguably the biggest part of the problem.

The question of how to solve the wage gap problem is nothing if not complicated. Obviously, there are plenty of complex factors that go into a meaningful solution, but there is one measure that could really turn everything around.

While employees across the US have been convinced that discussing your salary is taboo, the reality is that being open and honest about how employees are compensated is one of the most effective ways of curbing wage gaps. After all, it would be quite difficult to justify the discrepancies between coworkers when it's all out in the open.

Some companies already make transparency a priority when it comes to their employees' salaries. Buffer is arguably the best example, providing in-depth salary information on every single employee that works for the company in a public document. The company still experiences a slight wage gap, but thanks to the transparency, solving it is a constant discussion rather than something that gets brushed under the rug.

How bad are the gender and racial pay gaps?

Rest assured, the gender and racial pay gaps are still a significant problem for the tech industry and on the grander economic spectrum. Considering median pay rates across gender and race, the numbers are not improving nearly as fast as they should.

While solving this problem might seem like a Herculean undertaking, the reality is that righting these inequalities would have a positive impact on the economy. A PwC study found that closing the gender wage gap could boost the GDP by up to $2 trillion, which should be more than enough to convince even the staunch opponents of equal pay that it should be made a priority.