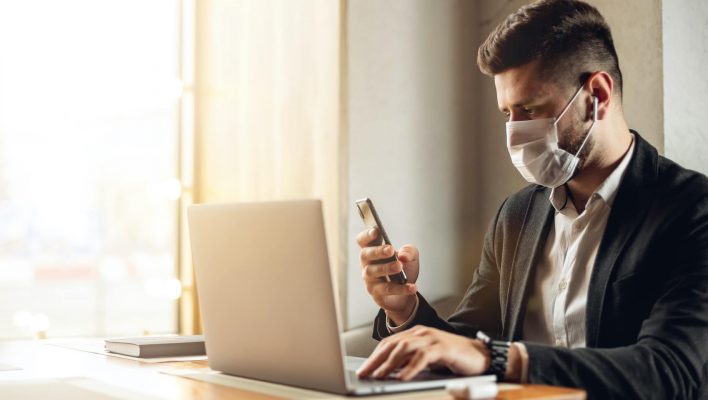 Just a few days ago, I was ready. Bags were packed, tickets were purchased, business cards were ordered; I was on my way to Austin, Texas to cover SXSW. Sure, every major tech company had pulled out, and the Austin Department of Health was providing daily updates to the public, but, it's not like they were going to cancel one of the biggest conferences in the world, right?

Wrong. As we've seen over the last few weeks, the coronavirus outbreak is unrelenting in its ability to disrupt the tech industry, and not in a good way. From the faltering stock market to the remote work boom, this global epidemic has created its fair share of problems for the world's most progressive industry, and we're just getting started.

On Friday, the city of Austin cancelled South by Southwest (SXSW), the massive, immensely popular conference in Austin, citing a public health risk that simply could not be contained given the size of the conference.

“After careful deliberation, there was no acceptable path forward that would mitigate the risk enough to protect our community,” said Dr. Mark Escott, the interim health authority and public health medical director for Austin.

As recently as Wednesday, the city of Austin had insisted that the conference would go on, stating that ‘there’s no evidence that closing SXSW or any other gatherings will make the community safer.’ Unfortunately, as we now know, that just isn't the case anymore.

“This situation evolved rapidly, and we honor and respect the City of Austin’s decision,” reads the SXSW announcement. “We are committed to do our part to help protect our staff, attendees, and fellow Austinites.”

The writing was on the wall for SXSW though. In the weeks leading up to the conference, nearly every major tech company had pulled out of their expected appearances. Twitter, Facebook, TikTok, and pretty much everyone else had cancelled talks, closed booths, and generally decided the risk just wasn't worth it.

SXSW wasn't the only tech event that was cancelled due to the threat of coronavirus. In fact, dozens of conferences and gatherings were cancelled in the days leading up to the SXSW announcement, which made the cancellation that much less surprising.

Thankfully, due to the connected nature of life in 2020, many of these events will have some kind of online equivalent to keep those that would have attended entertained, but we can all admit that the spirit of these events are all but cancelled. Because you can't have a welcome happy hour over video chat.

You can't have a welcome happy hour over video chat

With the coronavirus originating in Asia, and the majority of the tech industry's production coming from the sizable continent, hardware companies like Apple, Nikon, and Nintendo have seen notable disruptions to their supply chain. More specifically, the iPhone, the new D6 camera, and the Nintendo Switch devices are expected to be delayed substantially because of the outbreak.

As a result, the stock market has taken an understandable tumble. Between the Dow Jones Industrial Average taking a 4,000 point nose dive since last week and the collective low numbers for the entire tech industry, the threat of a recession is certainly looming, particularly if the virus doesn't let up during the summer months. But hey, hand sanitizer and toilet paper stocks are through the roof!

While working from home has been a delightful perk of the tech industry for a few years, it's slowly becoming a global health necessity. Amazon, Facebook, Google, and Microsoft all asked employees to begin working from home, particularly in Seattle where the outbreak is worse than most major cities in the US. Hundreds of other smaller companies are following suit, opting for safety in the face of such a pressing concern.

Not every company is on board yet though, given the decidedly overwhelming amount of information and misinformation floating around about the outbreak. However, even the US Surgeon General is begging business owners to consider a remote work policy.

Americans: if you are sick with fever/cough/ flu symptoms, please don’t go to work!

Employers: PLEASE understand giving your employees flexibility and (paid) sick leave will save you money in the long run- it’s much cheaper than shutting down because everyone else gets sick!

If you're a business debating the merits of installing a remote work policy, or an employee worried about how to stay productive, check out our helpful guide on working from home to stay on top of your work during this confusing time.

If you've perused the hygiene section of Amazon in the last few days, you might have noticed an unsettling trend: outrageously priced hand sanitizer, surgical masks, toilet paper, and other health products designed to keep you healthy. This is due to the unconscionable practice of price gouging, which has become rampant on the online retailer's website.

Fortunately, the Seattle-based tech giant is doing something about it. In addition to removing thousands of overpriced products from the service, Amazon has stated that they plan on prosecuting the offending parties. 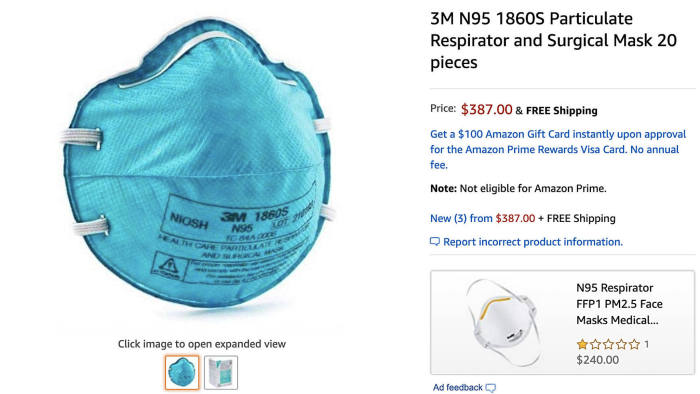 “There is no place for price gouging on Amazon, and we will not tolerate attempts by bad actors to artificially raise prices on basic need products during a global health crisis,” said Amazon in a letter to US Senator Edward Markey, acquired by Reuters.

Price gouging is undeniably one of the worst practices in times of crisis, and Amazon tragically provides one of the best avenues of doing so. Hopefully they can curb the skyrocketing prices and the purchase panic caused by the outbreak.

While “fake news” has become part of everyday life, never before has it been so far-reaching as it has with coronavirus. Between the miracle cures found on suspect websites to the conspiracy theories about its origin, the vast majority of the world appears to have very little genuine information about this epidemic.

Naturally, social media is at the center of this misinformation, as platforms like Facebook, Twitter, and YouTube have tried their best to quell the storm. Unfortunately, even with these companies working their hardest to eradicate false information about the coronavirus, plenty of articles, videos, and other forms of problematic content are slipping through the cracks.

If you're conflicted about what to do and who to trust, following the instructions of reputable organizations like the Center for Disease Control or the World Health Organization is a good place to start. Non-expert Facebook friends, suspicious blog posts, and even news media are putting out a lot of information that isn't necessarily accurate, so make sure you go right to the source.

Despite the havoc that coronavirus has been reeking in the last weeks days, some tech companies are making an effort to alleviate the stress with some notable stimulus packages. Facebook, for instance, just announced plans to pledge $100 million in cash grants and ad credits to aid up to 30,000 small businesses in 30 countries across the globe. Sheryl Sandberg, Chief Operating Officer at Facebook, said in a statement:

“We’ve listened to small businesses to understand how we can best help them. We’ve heard loud and clear that financial support could enable them to keep the lights on and pay people who can’t come to work.”

Facebook is also looking out for its employees, as the social media giant has just announced further plans to give every employee $1,000 to help with added expenses from the virus outbreak. This echos an idea floating around the US government, which would give $1,000 to every US citizen.