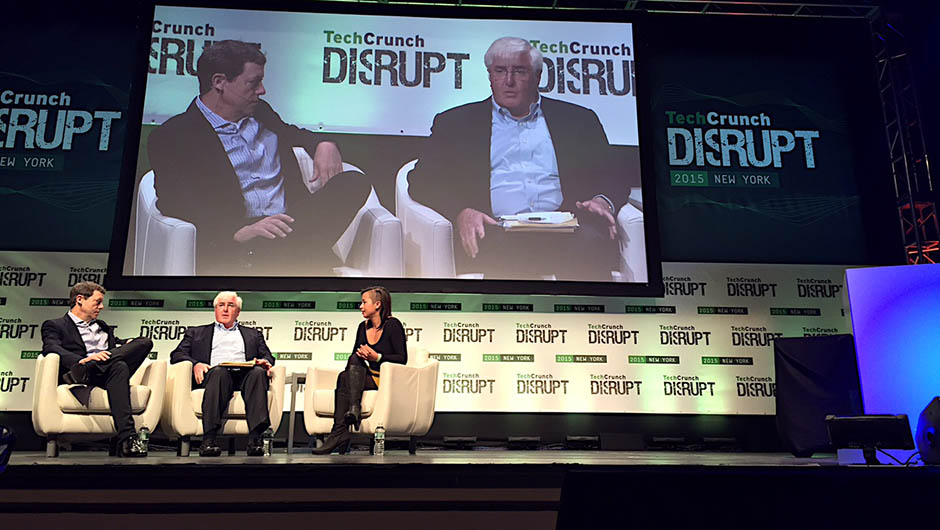 Today is day 1 of TechCrunch's Disrupt NY 2015, and this morning, Union Square Ventures principal Fred Wilson and SV Angel founder Ron Conway talked about the importance of getting the tech industry involved with the community. Both renowned in their role as investors, Conway and Wilson emphasized the significant effects that tech sector can have when they engage civically with their communities.

“Not just civically engaged – though, I think that's a big piece of it – I think that people should be engaged in all sorts of efforts to help shape the world that we live in,” said Wilson. “And people in the tech industry often think that they do that with their work – by making products, by making companies – but I think that, increasingly, the technology that we make and the companies that we build are impacting life in good ways and in bad ways. And I think it's important to understand those impacts and work with governments, local governments…work with philanthropy and other people who can potentially help mitigate those negative impacts – and there are negative impacts.”

This past weekend, Wilson wrote wrote a piece on precisely this topic: why those in tech need to find a way to get themselves civically involved. Wilson argues that technology has become so deeply embedded across several aspects of our society, and with this increased role of tech on society comes a greater need for that technology to serve a positive impact. Whether it's in the form of philanthropy or civic engagement, getting involved in larger societal issues like education reform, housing, and digital accessibility is something that the tech world needs to put more emphasis on.

Conway has led many major efforts to get the tech industry involved with communities. Circle the Schools, for example, is an initiative that allows tech companies in San Francisco to “adopt” a school and offer assistance to areas of need – whether that's helping the educators to monitor kids or helping students to read.

We've previously written about the ways through which various startups have gotten involved with their respective communities. Whether it's during the holidays or throughout the year, startups from across the world have found many ways to leverage their skills and resources to benefit the needs of their communities.

Outside the realm of volunteer community involvement, many in the tech community find various ways to get engaged with their civic leaders to discover strategies that will enable communities to solve problems utilizing technology. According to Wilson, there's a huge opportunity for those in tech to work alongside civic leaders to come up with innovative solutions to traditional problems. One great example of this kind of activity can be found in the D.C. tech ecosystem, where 1776 has made an ongoing effort to connect tech startups with both the local and Federal government to solve issues in education, health, energy, and city infrastructure. By engaging in these ways, the tech industry can empower the development of those communities on which – when it comes do to it – they ultimately rely on.