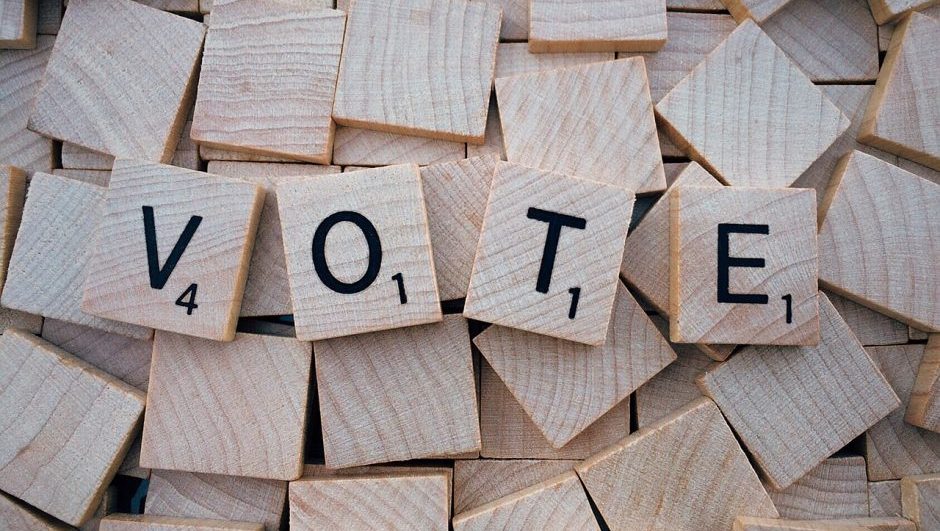 We live in strange times indeed. With reports of electronic meddling by foreign actors in the 2016 elections, recurrent cries of “fake news,” and actual online misinformation campaigns, it’s become apparent that technology has had widespread effect on democracy in the US. In fact, the Economist Intelligence Unit’s (EIU) latest Democracy Index 2016 shows that the United States joins 71 other countries which have experienced a decline in democratic values in the last year. 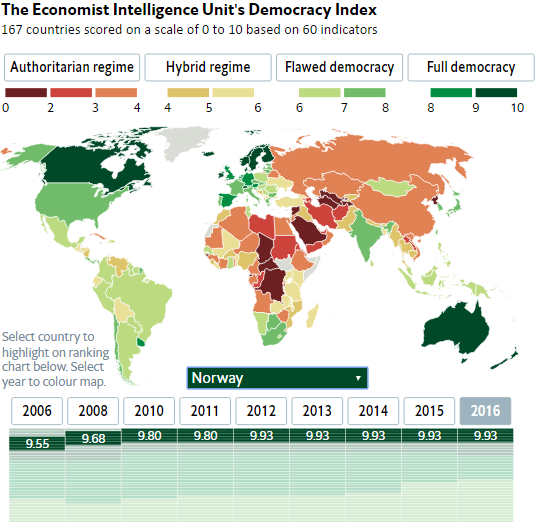 Ben Rattray, founder and CEO of Change.org, writes that one of the major lessons to heed from the 2016 election is that “a large percentage of Americans feel our government doesn’t serve them, and their voice isn’t being heard.” This is peculiar, considering that technology now allows for everybody with an internet connection to have a voice, but Rattray continues, asserting that technology is both the problem and the solution here:

“Technology has been blamed for much of our current political environment — for creating the social and economic disruption that has led to widespread public disaffection, and for spreading fake and partisan news that has exacerbated our divisions. But well-designed technology also offers the best chance of creating the political system needed to respond to these challenges: a more participatory, responsive, and informed democracy. It just hasn’t been built yet.”

Rattray goes on, challenging Silicon Valley to invest more in technology to improve democracy, which has received less than 0.01 percent of the hundreds of billions in funding that improves technology in other sectors — and why not? Roughly 82.4 percent of all Americans filed their taxes electronically in 2012, likely from the comfort of their own homes, but not a single vote was cast this way, nor was it in 2016. Though technology has begun to permeate the government, and even the election process, it seems we care more about accurate representation of tax dollars than votes, that we care more about our money than our democracy.

Something else that Ben Rattray said that is important to think about has to do with the money that actually is in politics.

He writes that “of the money invested in politics, much has been dedicated to advertising. We needed a better democracy, and instead we got better ad targeting.”

This is poignant because in the last two elections in the US, social media and big data played a huge roll. President Barack Obama’s reelection in 2012 was largely credited to his campaign’s use of researched voter data, while Donald Trump’s campaign was undeniably aided by the use of Facebook as well as Twitter.

In fact, Twitter co-founder Evan Williams has said, in an interview with the New York Times, that “If it’s true that he wouldn’t be president if it weren’t for Twitter, then yeah, I’m sorry.”

He’s believed that the internet has been broken for awhile, but he also thinks that things are getting worse.

“And it’s a lot more obvious to a lot of people that it’s broken … I thought once everybody could speak freely and exchange information and ideas, the world is automatically going to be a better place,” Williams says. “I was wrong about that.”

Social media alone isn’t the problem though. The problem is the echo chambers that it creates, the false landscapes that it paints, and the justification people derive from it to live in completely fabricated realities. Not only was, ironically, the spread of “fake news” via social media sites one of the central problems during the 2016 election, but the mode by which it was spread was also suspect.

Advances in machine learning now allow AI-powered bots disguised as typical human users to aggressively spread one-sided political messages and misinformation to fuel a charade of massive public support for or against certain issues, and there’s evidence to suggest that these tactics were used in Trump’s 2016 election, the 2017 UK general election, and other elections around the globe.

It’s important, of course, to remember that technology itself is never inherently evil — it’s how we use technology that illustrates our ethical associations with it. And while technology may be an excellent tool for subverting democracy, it can also be the saving grace that keeps the democratic processes relevant.

How Technology Can Help Democracy

Some would say that the tools to “save democracy” are already out there. Citizen journalism, for example, has allowed for users to upload video directly to news and media outlets — meaning that the public is receiving more news for-the-people-by-the-people.

However, as Anastasia Passaris points out on the Clipchamp blog, citizen journalism is impacting media in both positive and negative fashions. It takes a great deal of time and money to check if citizen content is real and factual, and when it’s not but gets reported anyway, people get hurt and the truth gets muddier.

While technology has been great at providing people with information, the problem is that this information isn’t always “true” — or, perhaps more appropriately, shown in correct context. But what if technology could verify trust of sort or another?

There’s a new technology that’s been picking up a lot of steam lately, and it may actually be able to mathematically distinguish true from false. Ben Blomberg’s “Blockchain: Beyond Bitcoin” explains that “due to the rise and success of Bitcoin over the last several years, blockchain technology is being researched and evaluated by a wide range of government entities, corporations, and industries to improve efficiencies and security.” Without getting too specific, the blockchain is the technology behind cryptocurrencies like bitcoin, and uses a shared, distributed database that is updated and verified through an algorithm and multiple nodes. This essentially means that nothing can be forged, faked, or otherwise counterfeited on the platform. Warsaw-based Userfeeds is trying to combat “fake news” using this very technology.

Even more importantly, the blockchain could help put an end to voter tampering once and for all. Wietse Van Ransbeeck of Citizen Lab mentions that blockchain technology, instead of registering votes in one central place, allows for vote recording by a network of thousands of computers. In the same way that this technology ensures against the manufacture of counterfeit cryptocurrency, we could prevent against multiple votes from the same person, incorrect counting, and even meddling from foreign governments.

Beyond secure voting, Van Ransbeeck also believes that the blockchain could give rise to “smart participation” as well as “liquid democracy”. This essentially means that instead of simply voting on representatives who will then, in turn, cast a vote in your interest, every citizen actually has a voice. While this technology is still in its infancy, so was the Internet at one point — and look at how that technology has changed the world.

Technology itself is never inherently good or bad. It’s how we use technology that matters. Until we realize the full potential of technology and innovation in re-establishing and strengthening democracy, we’ll see democracy further subverted by those who would use modern tech for their own ends.

Andrew Heikkila is a writer and tech/life enthusiast (because what's the difference between the two anymore?) from Boise, ID. In his free time he likes making music or going on a good run.