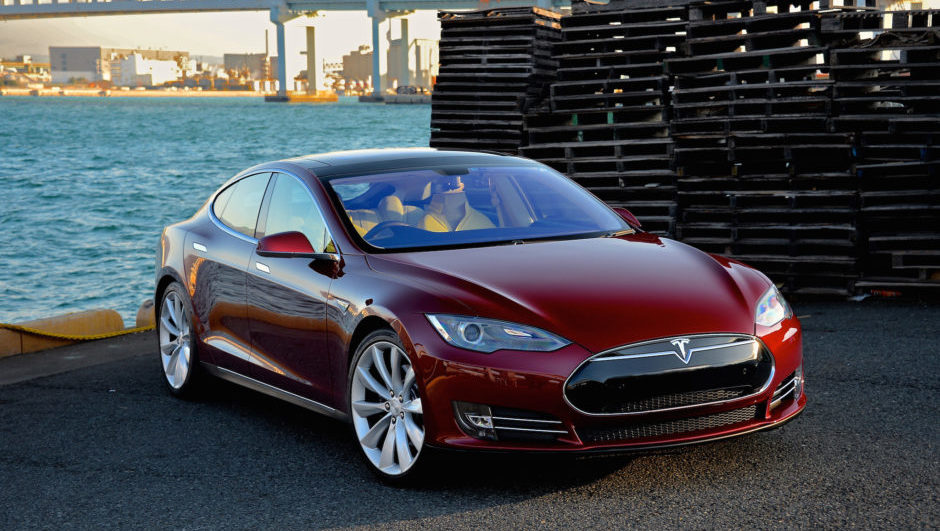 James Bond movies have been a huge inspiration for tech in recent years. Whether it be smart watches or laser-guided missiles, Q has provided the British spy with plenty of gadgets that have ended up on Best Buy shelves near you. And while the cars in everyone's favorite action movies have been beautiful, the technology rarely crosses over into the real world. Until, of course, the Tesla hit the market. And now, anything seems possible. Particularly with the recent revelation that the Model S can drive on water.

In response to recent postings of Tesla Model S owners driving through floods without issue, Elon Musk took to Twitter to reveal that, yes, these modern marvels of automobile technology can in fact drive on water without ruining the vehicle. He insisted that the movement of the wheels would provide enough propulsion to keep the car moving. And while he did not recommend anyone try this feat, how could you not?!

We *def* don't recommended this, but Model S floats well enough to turn it into a boat for short periods of time. Thrust via wheel rotation.

In addition to Musk's casual use of the term “def,” the tweet brings up a few issues for fans of the Tesla Model S. First of all, have they known about this all along? The fact that the world's most podpular car is also part submarine should have come up in the years of hype we experienced leading up to the release. It would be like if Apple all of a sudden came out and said “Oh yeah, we forget to tell you: your iPhone is also a mini fridge!”

The only reasonable excuse for the amphibious qualities of this car not being common knowledge is because people are “def” going to try it. As Musk mentioned in the tweet, they do not recommend driving your car into a lake and giving it the old college try. These cars were meant for the road and the road alone. But if a construction worker is telling you to turn around because the road ahead is flooded, I'd be willing to bet my salary that you are going to tell him to shove off and take a whack at the “closed road” in your super car. And as soon as one of these aquatic adventures goes awry, the Tesla revolution will be tainted.

There is, however, hope for the future when it comes to submarine cars. In a follow up tweet. Musk insisted that there is a “sports sub car that can drive on roads” on the way. While a limited market might slow down production, Musk seems confident that your dream of being James Bond is fulfillable in the near future.

If curious abt TSWLM car, am still planning to do a sports sub car that can drive on roads. Just a side project. Limited market potential :)