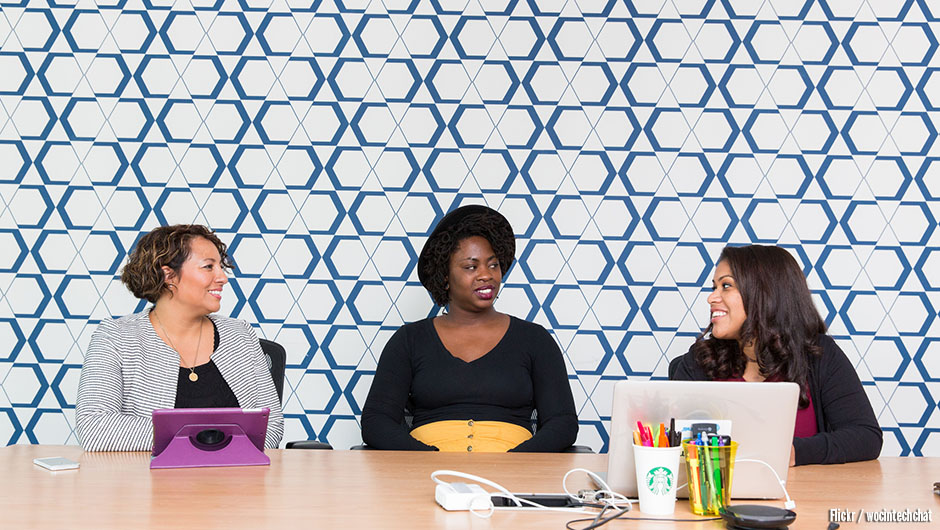 Sure, while it's easy to brush aside Silicon Valley as a loose parody of the actual Silicon Valley, the massive male presence on the show is a very accurate portrayal of what the situation is like in the tech world. In the show, we find only three major female characters: Laurie, the managing partner at VC firm Raviga; Monica, an executive assistant as the same firm; and Carla, the only female developer at Pied Piper (or, really, anywhere on the show). While their presence is notable, their stories are never really told, especially Carla's – who, despite being a core member of Pied Piper, has very little screen time.

For filmmaker Gulnara Mirzakarimova, this lack of representation for women in tech – even on a fictional show – is something that she wanted to spotlight. That's why she's written a comedy-drama about three young women trying to make it in tech. With a focus on strong female protagonists, the_developers is a reflection of Mirzakarimova's own experiences as a woman software engineer.

“When I started writing the screenplay it was crucial for me to have strong female protagonists who are flawed but also are driven and passionate,” said Mirzakarimova. “I have collected stories from people I interviewed along with my personal experience.”

The series will focus on the lives of three women trying to make it in the male-dominated tech ecosystem of San Francisco. There's Kate, a former journalist and recent graduate of a tech boot camp who's hoping to land her first proper tech job; Becka, a black woman with a Stanford degree in computer science who's trying to fight impostor syndrome at a prominent startup; and Irene, a Russian bisexual who's self-taught as a developer. Through a series of five, six-minute episodes, the_developers aims to bring greater attention to women in Silicon Valley. According to Mirzakarimova:

Despite the admission from VC firms like First Round Capital claiming that women startup founders outperform their male counterparts, and despite the high demand for talent in the tech industry, the percentage of women in tech decreased from 37 percent to 26 percent in the United States between 1991 and 2014. The_developers provides an opportunity to highlight the issues facing women in tech, through a highly responsive medium (it's planned to be published directly to YouTube). While there's only five days remaining in its Indiegogo campaign, you still have the opportunity to support Mirzakarimova's efforts.