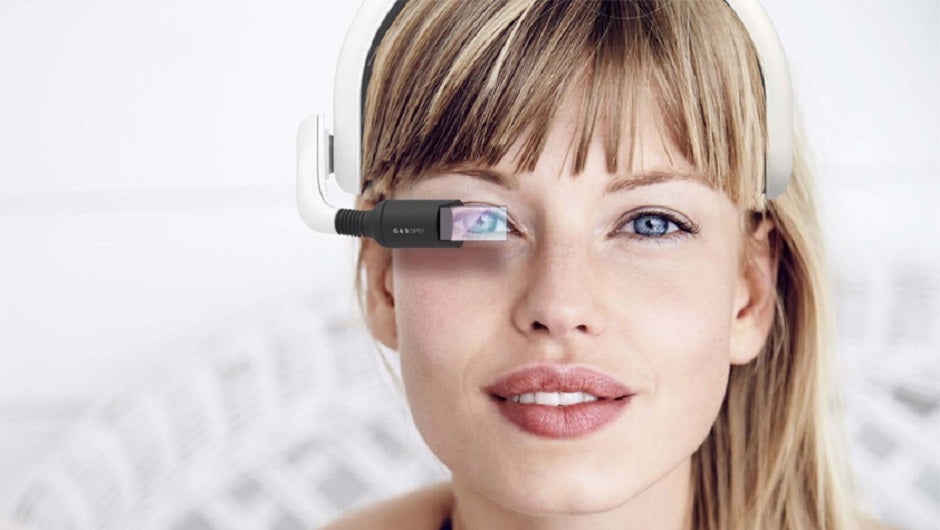 Major tech developments always seem to propel all of society into a new word of possibilities. We might not have flying cars, but we can communicate through pocket computers, stream video anywhere, and work from home without being weird.

But tech developments don't help everyone. If you have impaired eyesight, you likely weren't thrilled with 3D film and cutting edge CGI. If you have mobility problems, Disneyland's latest attraction isn't that useful. And if you're one of the roughly 360 million people suffering from hearing loss globally, a lot of the coolest tech isn't equipped to accommodate you. But one company is working to make the next big thing — virtual reality — accessible for the hearing impaired.

Here's how Next Reality explains the device, which is still in pre-production:

“Starks AR resembles a call center headset, except the arm that would hold the microphone rests at variable angles in front of the wearer's eye. A micro display, similar to those seen on Google Glass, streams subtitles in any language to the user's field of view.”

While many other startups continue to work towards aiding the hearing impaired through software and hardware both, Starts AR represents the first crack that I have seen any company take towards pairing the limitless world of AR with tech to aid those with heading impairment. The organization is planning a crowdfunding campaign — due to launch Sept. 20 — in order to fund the creation of the device. Greta & Starks has previously made apps, so the hardware they're planning will be a step in a new direction for the company.

It's certainly a welcome one: As our world develops into the tech future we've hoped for, we won't want to leave those with any disabilities in the dust.

Read more about startups helping the hearing impaired at TechCo