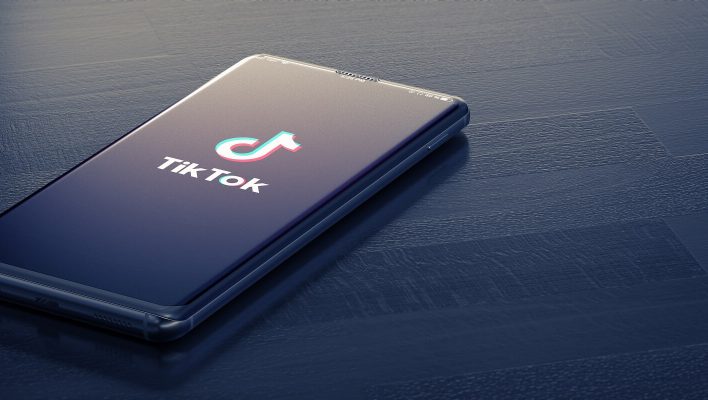 It’s been a chaotic few days in the TikTok community.

To kick-start the week, Secretary of State Mike Pompeo made a statement to Fox News, claiming that the Trump administration is considering banning TikTok over privacy and national security concerns.

As tensions rise, it’s getting increasingly difficult to stay up-to-date with what is going on with TikTok. So, to keep you in the loop, we’ve compiled a quick roundup of the need-to-know points from TikTok’s hellish week, so far.

It’s not entirely clear how such a ban would work in practice, but it’s something Pompeo has said the Trump administration is “looking at”. Some branches of the US military have already banned the use of TikTok on government-owned devices and some companies are also following suit.

This announcement came after it was revealed the app had been accessing user clipboard data when running in the background. Pompeo’s statement discussed the concern that the app is potentially being used by the Beijing government as a means to surveil and propagandize people. TikTok claimed that this feature was an anti-spam measure, and that it would be removed.

While other White House advisors reassure the public that this country-wide ban will be for their own data protection, Trump’s statement seemed more like a revengeful ploy, in retaliation to COVID-19.

When asked about Pompeo's remarks, Trump came back with “It's something we're looking at, yes. It's a big business,” he said. “Look, what happened with China, with this virus, what they've done to this country and to the entire world is disgraceful.”

The President certainly isn’t hiding any bitterness, adding later on in the interview that banning TikTok was “one of many” options he's considering to punish China over the coronavirus.

It’s also interesting to note that Trump’s focus on TikTok came after his poorly attended Tulsa rally in June, with TikTok users claiming to have signed up for tickets to the event en masse, to prevent legitimate supporters from attending it.

Young people are standing up against the Trump administration’s tyranny, and making sure their voices are heard.

Yori Blacc, a 19-year-old TikTok user in California, told Bloomberg “For Gen Z and Millennials, TikTok is our clubhouse and Trump threatened it. If you’re going to mess with us, we will mess with you.”

As a retaliation tactic, thousands of TikTokers flocked to the Apple App Store in the last few days to flood U.S. President Donald Trump’s 2020 campaign app with negative reviews. On Wednesday alone 700 negative reviews were left on the Official Trump 2020 app, leaving it with a measly one-star rating.

TikTok star DeJuan Booker also called on his 750,000 followers to seek revenge by posting a step-by-step guide on how to degrade the app’s rating. “Gen Z don’t go down without a fight. Let’s go to war,” said Booker.

White House adviser Peter Navarro said on Sunday that he expects Trump to take “strong action” against TikTok and WeChat for engaging in “information warfare” against the U.S.

According to Navarro, the Trump administration is “just getting started” with the two Chinese-run apps, and he wouldn’t rule out the U.S. banning them. The advisor also stated that even if TikTok is sold to an American buyer, it wouldn’t solve the problem.

In response to the app hiring former Disney executive Kevin Mayer as new CEO, Navarro stubbornly retorts putting “an American puppet” in charge is not going to work.

A Wells Fargo spokesperson said the company had identified a small number of employees with corporate-owned devices who had installed the TikTok application, triggering the company-wide ban.

“Due to concerns about TikTok's privacy and security controls and practices, and because corporate-owned devices should be used for company business only, we have directed those employees to remove the app from their devices,” Wells Fargo spokesperson

On Friday, Amazon sent a memo to staff asking TikTok to be removed from mobile devices.

The email stated “Due to security risk, the TikTok app is no longer permitted on mobile devices that access Amazon email. If you have TikTok on your device, you must remove it by July 10 to retain mobile access to Amazon email”.

Despite this advisory email, Amazon quickly retracted its statement later the same day.  A company spokesperson told the BBC “This morning's email to some of our employees was sent in error. There is no change to our policies right now with regard to TikTok”

Peter Navarro dubbed Amazon’s decision to “back away” as an example of the “power of the Chinese Communist Party on corporate America.”

TikTok has stated it will exit Hong Kong, after expressing concern about operating in the Asian financial hub after China imposed a controversial national security law there.

TikTok’s relationship with Hong Kong has been an uncertain one to date. Reports from The Guardian that it was censoring the Hong Kong protests last year were vehemently denied by the company, which suggested funny memes and dance challenges were more popular, and there just wasn’t an interest in protest content on its platform.

Tiktok has Taken Down 49 Million Videos in Just Six Months

TikTok revealed in a transparency report released this week that it took down more than 49 million videos from users across the globe during the second half of 2019.

Despite this mammoth number, the videos represented less than 1% of all videos uploaded to TikTok during that time period.

These videos were pulled for violations of either the app’s community guidelines or terms of service. Harassment and hate speech made up a small number of takedowns, just 3% and 1% of the total videos respectively.

A quarter of content removals were for “adult nudity and sexual activities.” Another quarter of the videos were removed for “depicting harmful, dangerous, or illegal behavior by minors,” such as drug use.

Compared to other social media outlets, these numbers are huge. YouTube reported only removing around 14.7 million videos during the same time period in 2019.

It’s fair to say it’s been a busy week on the TikTok front. And as things heat up between Trump and the Chinese-run app, I’m sure we can expect to see much more of this in the coming weeks. Watch this space.