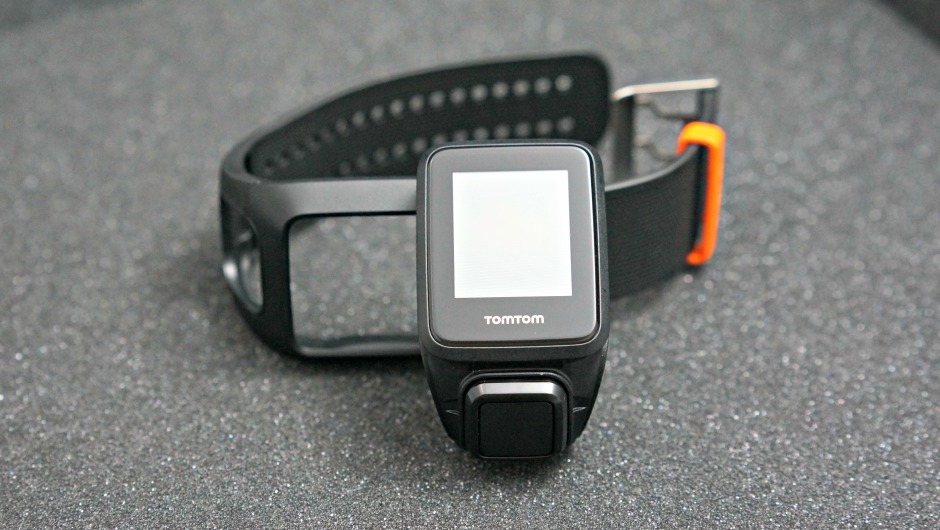 In an expanding world of Android Smartwatches and the Apple Watch, there has been a recent shift in how athletes track and monitor their progress. Now, many GPS trackers are including extra bells and whistles that allow you to receive texts, use mini-apps, and otherwise become distracted from their ultimate goal; however, TomTom decided to kick it old school with their latest Adventurer watch while undercutting the competitors. From the basics such as running and cycling, to the off the beaten path of trail-running, hiking, and skiing, the TomTom Adventurer is designed to not just track your progress, but ensure you go where you’re intending.

If you enjoy hiking such as myself, but can’t find your way out of a paper bag, using TomTom’s GPX upload feature will solve your problem. Rather than a separate GPS designed for hiking, the Adventurer has one built, but you will need to plot your course in preparation.

This deviates from most other GPS watches that simply just track where you have gone or use the technology to report back progress, and for those that do include similar features, they typically cost another $200 on top of TomTom’s $350. The Adventurer also happens to look a bit better than those watches to boot.

While training for triathlons and in an attempt to not get lost on a metric century ride on the outskirts of Charleston, SC, I gave the TomTom Adventurer numerous tests and environments to work through over the course of a month.

Before we break down how the TomTom Adventurer did across triathlon training and the not so metric century ride, let’s dig into what’s in the box, what it tracks, and how it stands out.

For starters, the Adventurer tracks everything you’d expect from a mid-tier fitness tracker and GPS watch, and then some.

The standout feature here is the ability to upload your own GPX courses and trials. Unlike standard GPS and smartwatches, this will let you use something like Strava to plot a course anywhere in the world, find your entry point, and then it will help you navigate it. If you deviate from your course, the compass feature is accessible to find your way back. This is a super helpful feature for those who go off the beaten path, and is not something you’ll find in the Apple Watch, Android Wear, or basic GPS trackers.

As for what you get in the box, the TomTom Adventurer comes with an adjustable wristband, the tracker, two chargers, the bluetooth earbuds, and extra earbud tips.

Beyond the basics you’ll also get 3GB of built in storage for music. Using the desktop TomTom app, you can sync files from your computer that do not contain DRM. The process is relatively easy and you get general playback controls on the watch.

While we won’t get too detailed with the earbuds, they actually sound surprisingly good. One of the chief complaints I usually have for earbuds is that there is some sort of governor on how loud they get, but these things will probably make you go deaf. With that said, the extra tips and accessories will make it a comfortable fit while you’re off doing your thing, and you won’t even need to bring your phone. It’s sweat resistant too, so when I started dumping gallons of water on my head in the 110 Charleston humidity, they still stayed in.

Overall the features that are available with the TomTom Adventurer are topnotch, especially the ability to upload your own GPX based trail. I’ll get into that a bit more during the cycling section. The only weird issue that I ran into while using the watch had to do with an sync error. If you set the clock to 12 hours and then sync it to a computer, it will kick back into 24 hour mode. It’s a minor annoyance, but worth the mention.

Like any GPS watch, running with the TomTom Adventurer is as simple as using the directional pad to select outdoor run, letting the GPS connect up (which is quite fast), and you’re on your way. You can also select more advance options such as training goals, heart rate zones, and a few others. In addition to training, you can set a specific playlist and trial if you have one uploaded.

As you’re running you’ll typically see three sets of data, but by pressing on the down button you can toggle through them. Things like pace, overall time, speed, distance, and heart rate zone are available. Once you're done, press and hold the left button and it’ll pause your activity, and then you hold it again to complete it. Oddly enough to find past activities that were tracked you have to go back into the run option, then press up. From there you can scroll through by date.

To track your runs you’re going to get the best of three worlds. First, the TomTom app is wonderful, but on top of that it integrates with Runtastic and Strava. Although you do have to manually tell the app and watch to sync or to connect it with your computer, their integration with both of these work better than the Apple Watch (swimming in particular).

As far as comfort goes, the watch itself is lightweight and doesn’t feel bulky, and this is coming from a guy with relatively small wrists. Most GPS watches look like giant dishes, and this has just the right about of screen to easily see while running. 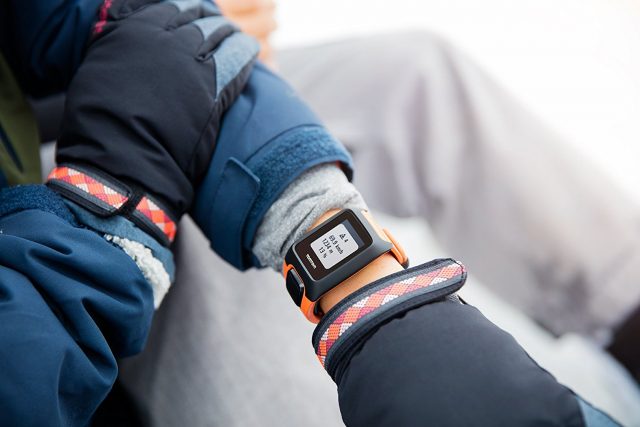 Just like the running tracker, TomTom Adventurer’s cycling portion allows you to track the same attributes, as well as cadence if you have the sensor on your bike. For cyclists, speed alone isn’t that important, but it’s being able to keep a consistent speed paired with hitting your target heart rate. When in cycling mode you’ll be able to toggle over to the right and it will highlight your current heart rate and map it to a five point scale (easy – sprint) to show you how hard you’re working. Other than that it works just as well as the running component, and the GPS was mapped against both the Apple Watch and iPhone 7 Plus with similar results.

The standout feature on the TomTom Adventurer is tied to the GPX Upload. If you just want to do basic triathlon training and plan on staying on the road, TomTom Spark will do the trick. However, if you are keen on getting yourself lost on purpose, building out a trail is as easy as pulling up Strava, creating a map, exporting it, and then uploading it through TomTom’s desktop app. Fortunately due to where I live, winging your path is not advised when cycling, and they don’t call Charleston the worst city for cyclists for a reason. My face and head can attest to why you should always plot a course for long distance rides, which is exactly why I used the watch to plot out a metric century ride (slightly over 60 miles).

Even while on the bike it was easy to follow the general direction you’ll need to track against, but you won’t get things like a 3D view or even the road. It’s an incredibly simple system, but that also keeps you from getting distracted. Go too far off course? It’ll just as easily help you track back to where you left off. This was a particularly helpful feature when a kind southern individual in a giant truck laid their horn down as they got behind me, causing me to ride off the road and blow out a tube. Bless his heart. Charleston riding issues aside, the GPX upload feature worked wonderfully, and will be very handy when it’s time for hiking during the Spring and Fall.

Unlike running or cycling, swimming has a bit more limited features for tracking. Due to the watches heart rate tracker (which does work on a very sweaty arm), it simply doesn’t work underwater. For the most part you need a special heart rate monitor for swimming anyways, although sometimes the Apple Watch does pull it. After putting in the size of the pool, TomTom Adventurer will track your speed, duration, swolf, lengths of the pool, spl, and calories burned. When compared to the Apple Watch using their built in activity tracker, TomTom was actually more accurate. Usually the Apple Watch over reports distance.

Overall the three primary activities I tested the TomTom Adventurer with worked wonderfully. While I don’t want to assume it works just as well for skiing and snowboarding, I’d take a wild guess that it does.

We all know it, fitness watches are usually just outright ugly. They are bulky, filled with weird shapes, and scream that they are sporty. While the TomTom Adventurer is no Apple Watch, it is a simple and clean cut design. Now you won’t be wearing this with a suit, but at the same time it’s something that can easily be worn through most of your regular day. It’s also comfortable enough where you can wear it from the time you wake up… all the way until the time you wake up again.

Unlike most other GPS watches, the TomTom Adventurer requires you to pop the tracker out of the band to be charged. It uses a proprietary charging doohickey that either connects to your computer or a USB wall outlet. It’s a bit odd at first, but I ran into no issues with it.

Overall the design of the watch makes it appealing, but it being lightweight and comfortable is the selling point. The only issue I found with the design is that for the backlight to kick in, you have to cover over the display with the palm of your hand. You can also set it in night mode while in an activity, but the hand covering part was a bit odd.

Should you buy the TomTom Adventurer GPS watch? If you’re looking for a no-frills tracker that will not only track your runs, swims, skiing, trail-running, hiking, cycling and more, but also guide you through trails, absolutely. While the price may seem a bit higher than one may expect for what I dare say is now considered a dumb GPS watch (like dumb phone, but not dumb), the competing offerings are nearly twice as much and don’t come with a bluetooth headset. TomTom’s GPX upload feature really makes this a standout device from its Spark series, and will add a nice little safety net for those who like to travel off paved roads. We give the TomTom Adventurer a 4.5 out of 5 due to its price point, accuracy, but a bit of a miss on the UI such as getting a post-activity recap.

Where to buy: Amazon, TomTom

Read more Gear and Gadget guides and reviews at TechCo