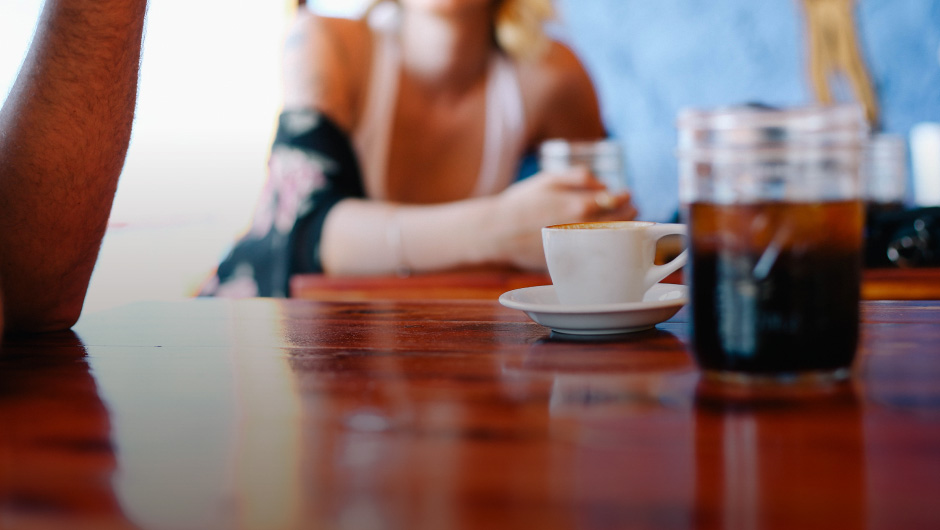 If you're unaware: Chicago is a damn good place to start a company. Whether it's the great community of entrepreneurs and support for women startup founders, to even just the mere beauty of the city itself, there's plenty of reasons why many Chicago startup founders decide to stay rather than move elsewhere to NYC or Silicon Valley. And, if you're new to the Chi-Town's startup economy, it may be helpful to learn about some of the biggest names in Chicago scene.

After receiving nominations from the Chicago startup community, Tech.Co pinned down who we consider the top 20 Chicago startup founders under 30 – all of whom have not only achieved great things for themselves and their companies, but have made significant contributions to the Chicago tech scene. This celebration of the Chicago ecosystem is brought to you by @properties, the leading Chicago real estate brokerage serving both the city of Chicago and North Shore through dynamic marketing and innovation.

Learn about the top 20 Chicago startup founders under 30, below:

Tehas Shastry, Mike Geier, and Alex Smith created the world's smallest wearable motion charger that utilizes kinetic energy produced from human movement to charge a lithium-ion battery. Last year, their Kickstarter campaign for AMPY  raised three times their initial goal. The three are all Ph.D candidates in engineering at Northwestern and were recently named to Forbes's '30 Under 30′. 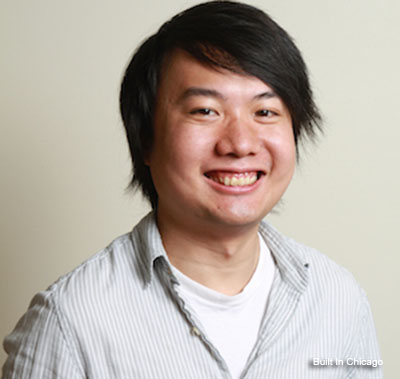 Paul Zhang is one of the cofounders of online consumer lending platform Avant. At 28 years old, he's the only one among the company's cofounders that still qualify for Tech.Co's list of top Chicago startup founders under 30. As the CTO of Avant, Zhang has built a platform that will revolutionize the lending industry. Avant has been lauded by the likes of Forbes as one of the next billion-dollar unicorns. In March, the company acquired fellow Y Combinator alum ReadyForZero. Earlier this year, Zhang was featured on Inc.'s '30 Under 30′. 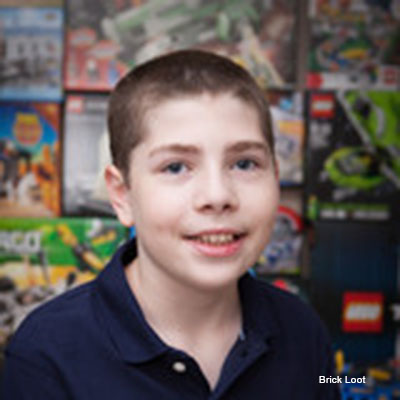 Hands-down, the youngest person on our list, Parker Krex is the 10-year-old founder and CEO of Brick Loot, a startup offering a paid subscription service for unique and custom block sets. He came up with the idea for the company as a 9-year-old and got support from his parents to turn that idea into reality. The company has since partnered with big names in the toy industry, including OYO Sports, Nano Blocks, and Brick Forge. 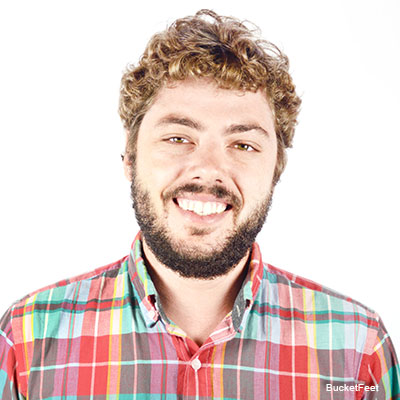 The 29-year-old cofounder and chief artist of BucketFeet, a company that produces canvas shoes featuring art from over 15,000 artists from more than 100 countries around the world. The company has raised more than $16 million in funding and operates stores in both Chicago and New York, with additional stores planned for cities across Asia as well as Miami or San Francisco. Firestein has been featured on both Forbes's '30 Under 30′ and Inc.'s '30 Under 30′. 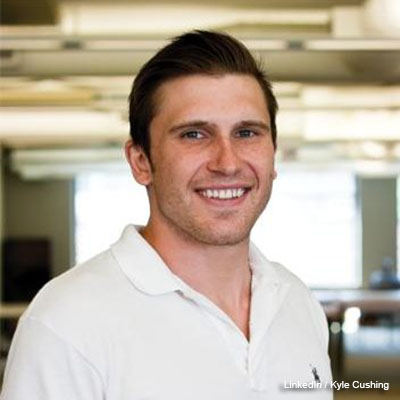 The 26-year-old cofounder of ClearContract, Cushing is an active member of the Chicago startup ecosystem, working with organizations like the nonprofit jobs training program, The Cara Program, and serving as an adjunct professor at Startup Institute. Since ClearContract's founding earlier this year, Cushing has been responsible for triple digit growth and essential to getting the company selected to the Microsoft Ventures Digital Work Accelerator. 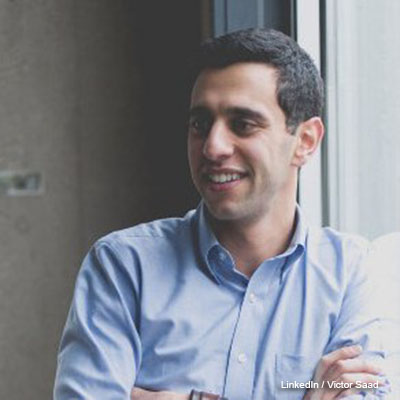 Victor Saad is the founder of the Experience Institute, which gives professionals with do-it-yourself, graduate-level learning experiences through an offering of apprenticeships, self-guided projects, meetups, and coaching. Saad was recently named to Forbes's '30 Under 30′ in education for his work on Experience Institute. 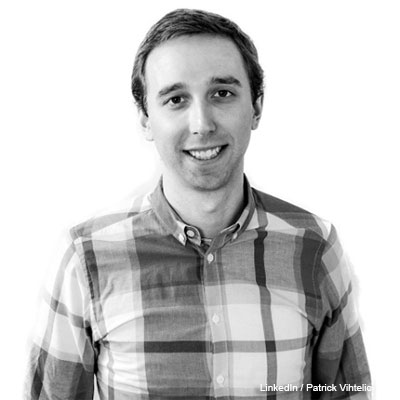 Pat Vihtelic is the 28-year-old founder and CEO of online meal delivery service, Home Chef. Founded in 2013, Home Chef's revenues have grown five times since the beginning of this year alone, and now ships 60,000 meals per month. Vihtelic's background is unique – with experiences in both investment banking and web development. 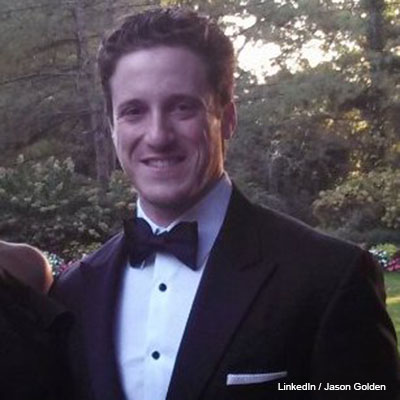 Jared Golden is the president and cofounder of Pear, a company that hopes to create a better advertising experience for both big brands and smaller community groups. Since the company's founding, Golden has helped lead Pear through two rounds of VC funding, as well as helping to grow the business by eightfold in 2014. The company is currently on track to grow seven times this year. 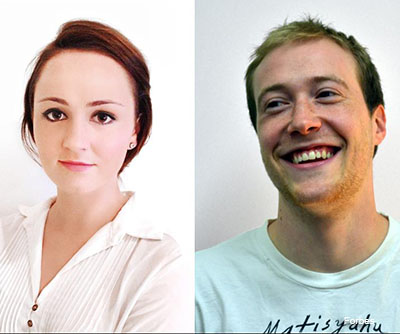 Both in their mid-20s, Maisie Devine and Isaac Rothenbaum are cofounders of Poacht, a platform that enables professionals to covertly search for new jobs while currently employed at another company. The company is an alum of the Entrepreneurs Roundtable Accelerator's 2014 summer class. Most recently, Devine and Rothenbaum were featured on Forbes's '30 under 30′ list in enterprise technology. 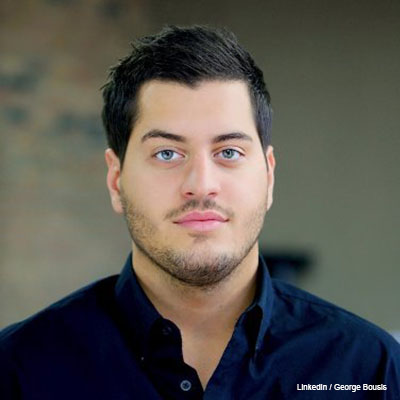 The 28-year-old founder and CEO of Raise has already been listed on Forbes's '30 Under 30′ as well as Crain's '20 in Their 20s‘. A graduate of DePaul University, Bousis has led Raise through impressive growth since its founding in 2013, raising $86 million for its gift card mobile marketplace – with $18.1 million raised last November – and growing to more than 100 employees. He's also currently a member of both the Young Entrepreneur Council (YEC) and the Chicago chapter of the Young Presidents' Organization. 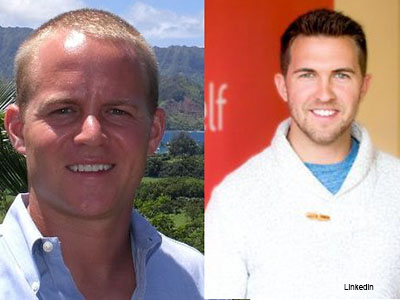 Friends since high school, Tim Haitaian and Greg Fenton cofounded RedShelf as a fast and easy platform through which digital content (like eBooks, eTextbooks, and academic papers) can be accessed securely by readers and publishers. The 27-year-olds have managed to work with top universities like UCLA, Oregon State University, NYU, and BYU, as well to secure direct distribution relationships with top academic publishers such as Pearson, McGraw-Hill, Cengage, Macmillan, and John Wiley & Sons. Earlier this year, the company raised $2 million in Series A funding. 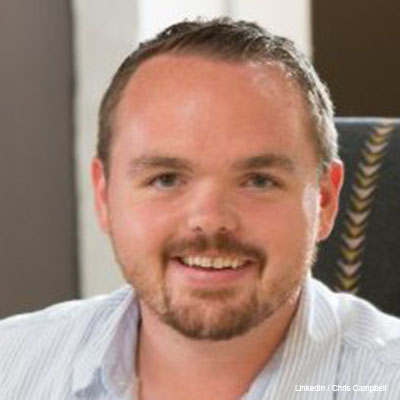 Chris Campbell is the cofounder and CEO of Review Trackers, an online review management platform for enterprises. Prior to Review Trackers, Campbell served as president at Windy City Ventures; he currently also serves as a facilitator for Startup Weekend. Most recently, Review Trackers raised $2 million in a seed round last June. 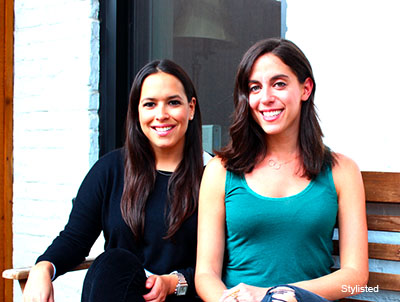 Both 29 and both graduates of Chicago's Booth School of Business, Lauren Katzberg and Julia Carmona cofounded on-location beauty appointment booking startup, Stylisted, in 2013. Katzberg has worked previously as a management consultant, as well as with companies like Contently; Carmona, on the other hand, got her start in public relations before working with brands like Warby Parker and Chicago's own Bucketfeet. Stylisted now operates in Chicago, New York, and Los Angeles – with plans for launch in D.C. this summer. Earlier this year, the company raised an undisclosed seed round. 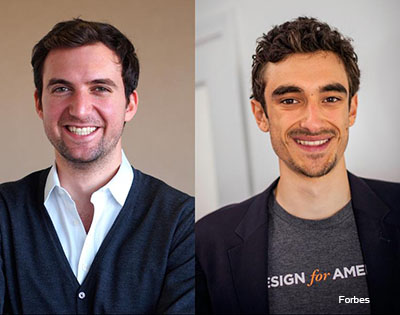 Graduates of Northwester, Mert Iseri and Yuri Malina are cofounders of SwipeSense, which has produced a portable hand sanitation device to help healthcare professionals prevent the spread of infectious diseases. A graduate of Healthbox Accelerator's first class, SwipeSense has since raised $12.2 million in overall funding, as well as previously recognized as one of The Wall Street Journal‘s top startups in its Start-up of the Year competition. Both Iseri and Malina have been featured on Forbes's '30 Under 30′ and Crain's '20 in Their 20s'.