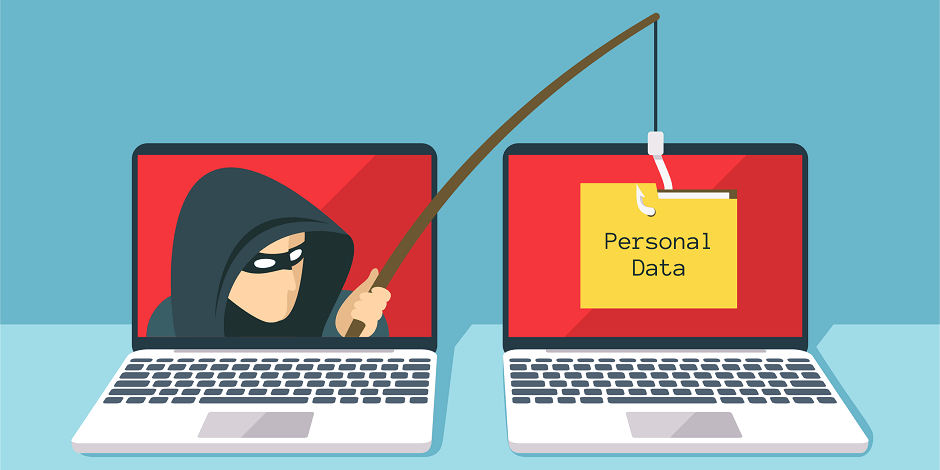 Dwayne ‘The Rock' Johnson, Instagram, Fortnite and something called ‘Sextortion' – they all have one thing in common. They're part of the latest round of online scams trying to catch out victims. We round up the latest scam emails and phoney messages to help you stay safe online.

In recent weeks, we've seen a mixed bag of online scams, with some rather adult-themed cons standing out in particular. These latest scams attempt to trick victims over allegedly having an affair or visiting dodgy sites. Others prey on younger users, with the false promise of free currency for the gaming phenomenon that is Fortnite.

As always, stay vigilant when online, and don't take anything at face value. The vast majority of online scams are easily avoided with a little precaution. 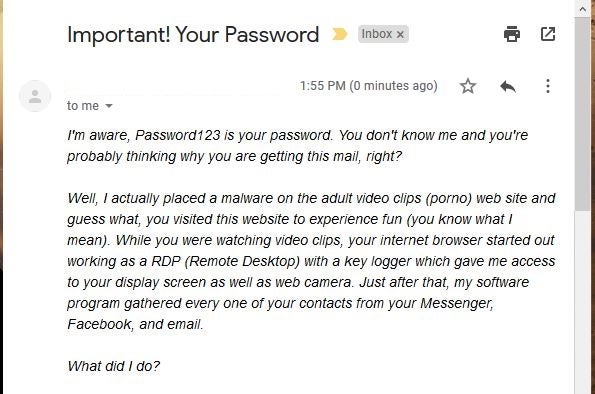 With this scam, victims receive an email from the scammer stating that they have been recording watching pornographic material online. The scammer claims to have footage of what the victim was watching, as well as footage that catches the victim in the ‘act', caught on their webcam.

The twist here is that the emails open with the victim's own password as the subject header, making them extra convincing and creating immediate panic. The victim is asked to pay a bribe in Bitcoin in exchange for silence.

It's believed that the scammers are getting the email addresses and passwords from a list of previously leaked addresses. The UK government group Action Fraud has run the affected email addresses through the Have I Been Pwned site (a useful free tool to check if your data has been compromised). Most of those affected were indeed in the database.

If you receive this email, don't despair. Firstly, rest assured that nobody has any compromised footage of you. Secondly, check the Have I Been Pwned database and change your password details for your affected email address if you're still using the same one on any other websites.

Remember, you should never re-use the same password on multiple sites. Instead, we recommend using a Password Manager to create and autofill secure passwords for you. 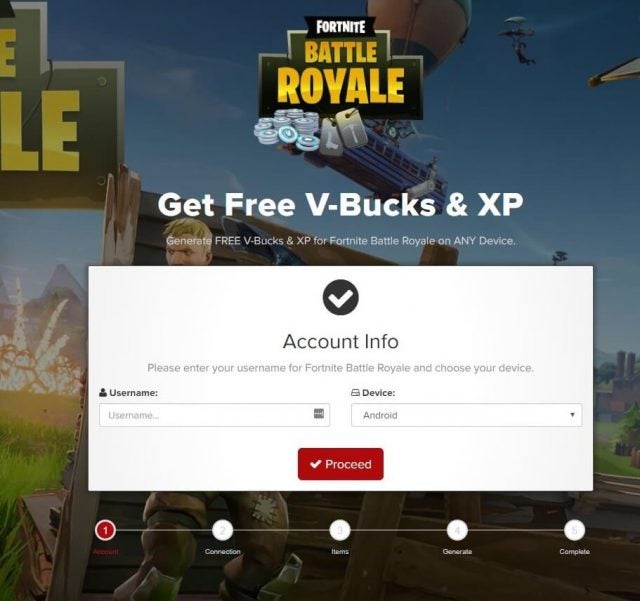 Scams tend to prey on popular, must-have items. That's why you're more likely to see dodgy adverts and emails promising you a free iPhone, instead of free trash bags, for example. One of the biggest trends online right now is the phenomenally successful game Fortnite, so it's no surprise that there are hordes of scams currently out to dupe players.

Fortnite is a free-to-play game, but has its own in-game currency, called V-Bucks. These are used to purchase cosmetics for your character, giving them a unique sense of style amongst the thousands of other players. For Fortnite players, these cosmetics are highly desirable. So, needless to say, the prospect of getting them for free is appealing.

And that's where the scams come in.

One such example is a website that promises players free V-Bucks. Put in your Username and the amount you want, and a very convincing progress bar will say that the funds are being transferred. However, it stops just short of completion, and states that verification is needed. At this point it prompts the user to input a few key personal details.

These details are literal pay dirt for scammers, and open the player up to fraud down the line, and of course, they'll never receive their V-Bucks, either. 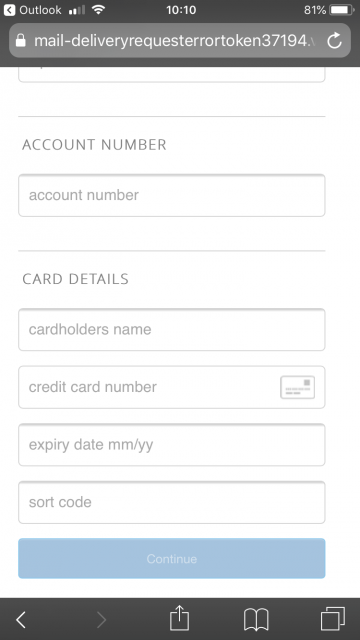 Apple invoice scams are so old that Indiana Jones should be clutching them while running away from a giant boulder. However, that's not to say that they're going away, or that people have stopped falling for them. And we've seen evidence of new invoice scams in recent weeks.

This particular example, above, sends an official-looking email, purporting to be from Apple, for a high value Apple gift card. There's a prominent link in the middle of the invoice that states ‘REPORT TRANSACTIONS'. Anyone who takes the email at face value is likely to try and click on this and get refunded the hundreds of dollars they think they've been charged.

This is where the problems start, as clicking on the link takes the user to a form, asking for personal financial information.

Submitting this won't lead to a refund. It's much more likely that your bank account will be swiftly emptied.

If you receive an email like this for a product you know you haven't ordered, contact the company involved directly to verify it. Don't use any contact details in the email itself, and definitely don't click on any links.

Instagram users will no doubt covet the blue tick mark that some celebrities and companies have showing next to their name. It means that their accounts have been verified by the powers that be on the social media platform, and, up until now, it was deemed pretty exclusive. However, at the end of August, Instagram made the process for getting verified as simple as requesting it at the click of a button, and anyone (yes, even you!) can now apply.

However, there is still a lot of confusion about the mark, and not all users are aware of the recent change. Cue the scammers. Sites have been popping up, masquerading as being official Instagram pages, promising users a verification tick within 24 hours.

In order to get this, the fraudsters ask that the Instagram users fill in a form with their account information, including passwords and other personal details. Then the user is told to wait 24 hours and not change any details online – a cunning ploy to give the scammers a window in which to take over the account and also use these personal details for nefarious means.

Don't get sucked in by fake Instagram help pages like this. To request verification, simply go to Settings in the Instagram app, and select ‘Request Verification‘. It really is that easy. 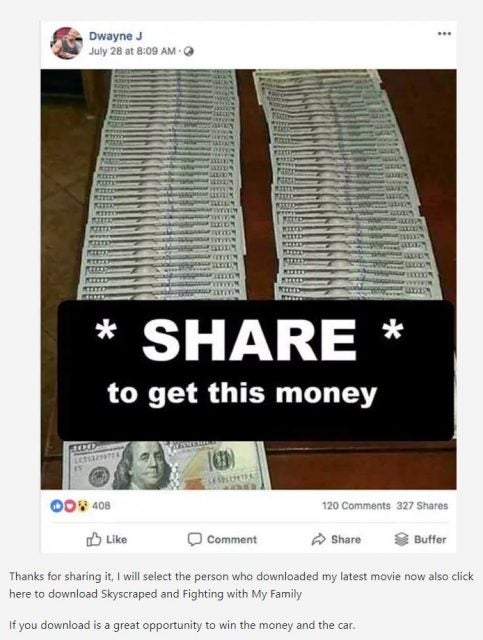 Dwayne ‘The Rock' Johnson Does Not Want to Give You Money

Everyone loves Dwayne Johnson – none of his co-stars have a bad word to say about him. Okay, maybe Vin Diesel. And Tyrese Gibson. But, everyone else knows he's a big star with a big heart.

But, he's not so generous that he wants to give his fortune away on Facebook, despite what youmay have seen online.

Facebook posts have been popping up purporting to be from the wrestler-turned-actor, promising to give away hundreds of dollars and a car to a lucky recipient. There are a few red flags, such as the poor spelling and broken English, and the fact that hopefully Dwayne Johnson's busy entertainment career would give him little time to create his own giveaways on Facebook.

The links are nothing more than an attempt to get the user to click. Next, they'll be prompted to enter some personal details to make them “eligible for the giveaway”. This could include payment details or passwords. Needless to say, don't do this.

The ‘imposter scam' seems to be picking up in popularity, and can employ any popular celebrity to try and scam users out of their info. Don't get sucked in, no matter how star-struck you may be.

Learn more about How to Spot Scam Emails