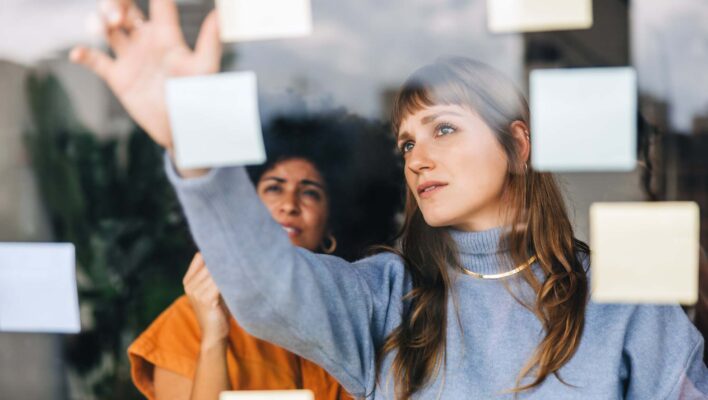 With over 305 million start-ups being created every year globally, standing out from the crowd is a huge challenge. Only companies with cutting-edge concepts and crystal-clear market strategies stand a chance of surviving through their first year, let alone making a profit.

We've scoured the startup scene to find out which budding businesses have made big waves in 2022 — and whose growth is showing no signs of slowing down. From state-of-the-art clean energy solutions to breakthrough podcasting platforms, here are six tech startups you should be keeping an eye on in 2023, and beyond.

Taking a proactive approach to dealing with the climate crisis, Reverion is a Munich-based startup that's gaining momentum at a rapid speed. As the clean energy market rises exponentially, Rerverion aims to solve some major challenges plaguing the sector by rethinking the way biogas is extracted.

After researching the field for seven years, the brains behind the company have figured out a way to optimize the efficiency of the process by using fuel cells. According to Reverion’s CEO Stephan Herrmann, this novel strategy is able to improve the efficiency of biogas extraction from 60% to 80%, a far cry from the 0.2% jump in efficiency that's taking place annually.

And in addition to streamlining biofuel production, Reversion is also developing ways to improve energy storage for when supply exceeds demand, taking a multi-pronged approach to sustainable power generation.

The Bavarian startup has already secured  €7 million in June this year and has landed a place on Tech Crunch’s Top 20 Startup Battlefield. With Reverion currently piloting 10 module power plant units — enough capacity to power 100 households each — needless to say we’re eagerly following the company’s next steps.

The company, which was founded in 2021 by researchers from Harvard and Stanford, has invested in clinical-grade deep learning to unlock the potential of image data, helping oncologists make much more informed decisions about their patients.

By using breakthrough technology to solve one of the world's longest-standing problems, Valar Labs has the potential to bring cancer care forward by leaps and bounds. In a medical field where current tools aren't going far enough to reduce uncertainty, this breakthrough is pretty major.

This April, the startup raised a staggering $4 million in a seed funding round. The company's founders, Damir Vrabac, Anirudh Joshi, and Viswesh Krishna, intend to use these funds to expand their operations and development efforts, so we're expecting big things from the biotech company going forwards.

Also founded in 2021, Wander is a short-term rental startup that works in a similar way to apps like Airbnb and Vrbo. Unlike its competitors, however, Wander owns each property it lists and caters explicitly to digital nomads — a growing population of workers that can work anywhere with a stable internet connection. Tapping into the US 16.9 million-strong market of digital nomads (up almost 10 million from 2019) has proved to be a smart move for the Austin-based company. The startup accrued 30,000 users on its waitlist in under a year, as well as over 2,000 founding members, each agreeing to pledge $100 during the company's beta phase.

“We want to create the infrastructure to experience the world. With the pandemic you realize [digital nomads] are your banker, your lawyer. It's really everyone.” – Wander CEO John Andrew Entwhistle

Wander's apex came in 2022, however. In October the company launched Altas, an initiative that gives Wander customers the opportunity to invest in the homes they book. The startup is expecting this scheme to double their number of available rentals by 2023, and with Credit Suisse just pledging to invest $100 million into the company, it looks like Wander's dream might soon become a reality.

While the ecommerce industry has cooled a little since the pandemic, it's still estimated to be worth $905 billion in the US alone, and riding this wave are companies like Skio.

Founded in 2021, Skio is a software startup that makes it easier for brands on Shopify to sell subscriptions. Bridging the gap between fintech and infrastructure, the New-York based startup helps brands achieve this in various ways, from scheduling payments and taking care of consumer processes.

By using modern solutions like passwordless logins and one-click checkout to provide a seamless experience to their customers, Skio has been able to grow much faster than similar services. And in addition to attracting high-profile customers like Bev, Kave Beauty, and Muddy Bites, the company boasts an impressive near-zero churn rate — and investors are taking note.

Throughout its short lifespan, Skio has already been able to attract a total of $7.4 million in funding through investors like Combinator and Adjacent. And with the company continuing to profit off dissatisfied ReCharge customers – its software rival – we think we'll start hearing its name even more in 2023.

NFTs and other types of blockchain are fast entering the mainstream, but gaps in financial and crypto literacy still create barriers to entry for average Joes looking to invest. Phantom aims to solve this problem, by providing people with a user-friendly digital wallet for storing and managing NFTs. 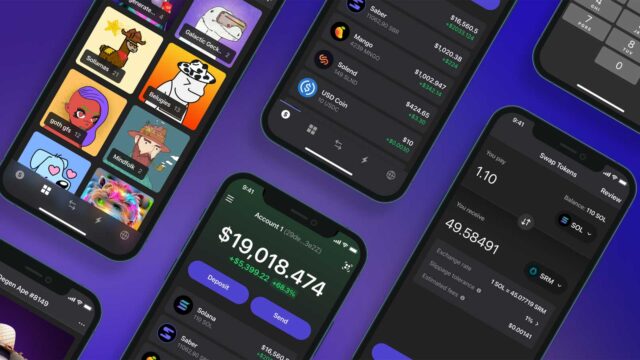 Founded in 2021 in Silicon Valley, the startup initially ran on the Solana blockchain platform to host its activities. However, the software recently expanded its support to Ethereum and Polygon to bring communities together from across the web3 space and to expand its user access even further.

And its supported assets aren't the only thing that's expanding. In just six months after its launch, the app welcomed 2 million active users, and its current user base is estimated to be upwards of 3 million. However, this is only a drop in the ocean to Phantom's co-founder and CEO, who sees the platform assisting anywhere from 10 to 50 billion users in the near future.

While these figures might sound unrealistic to some, Phantom's upwards trajectory is unquestionable. The crypto company has already achieved unicorn status this year and secured $109 million in series B financing to support its transition to Ethereum and Polygon. Needless to say, we're expected to see a lot more of this app in 2023.

The podcasting and multi-media market is a notoriously hard one to break into. Seeming to break this mold is Callin, a podcasting app that allows users to create and enjoy live audio content all from one streamlined platform.

Straight off the bat, Callin was able to raise $12 million in funding from investors including LAUNCH and Goldcrest Capital. It currently boasts over 10,000 downloads on the Play Store alone, and as the podcasting industry continues to boom — with ad revenue following in hot pursuit — 2023 is poised to be a very good year for the disruptive platform.