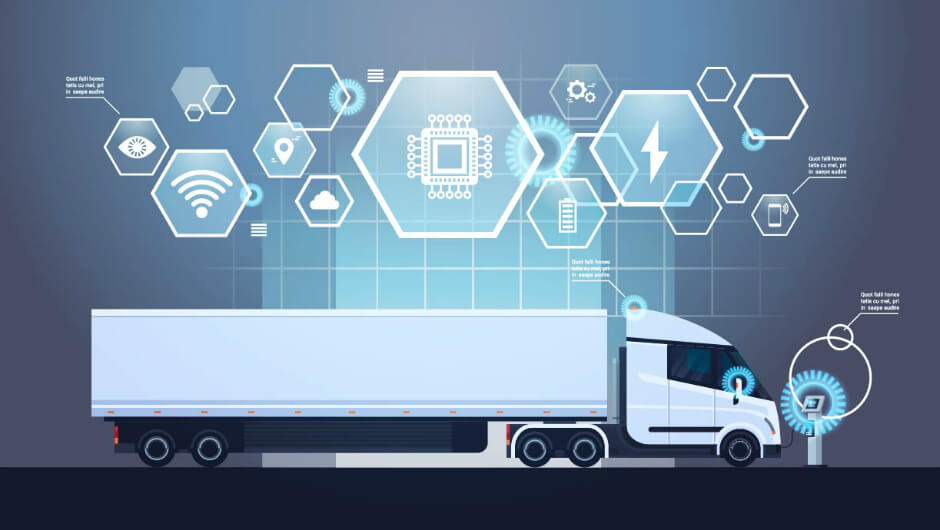 America's trucking industry is facing a massive driver shortage – it might need as many as 90,000 drivers annually in the near future. Self-driving vehicles catch the headlines, but they're just one potential answer. More advanced driver training programs are another. Either way, high-tech solutions are essential.

Automated trucks might be hitting the roads in a few years, but they might not work their kinks out for decades. One thing's for sure, though – no matter what happens, the trucking industry will need to get high tech to survive.

I spoke with John Kearney, CEO of Advanced Training Systems, to learn more about the core concerns impacting the trucking industry today and what can be done about them.

Where the Truck Driver Shortage Came From

Today, the trucking industry needs 63,000 more drivers than it has. As a result, the industry is at a “dangerously high operating capacity,” John says. He only sees the problem getting worse in the next few years.

Worse, turnover rates are incredibly high: Workers may want to avoid the long hours that trucking demands, or they might have seasonal work such as farming to return to. Whatever the case, annual turnover rates in the industry clock in at an incredible 96 percent, by one count. John concurs.

“The nature of the job is driving high turnover rates with long-haul truckers spending lengthy periods of time away from their families, along with federal regulations requiring electronic logging that’s cutting back hours on the road and a decrease in pay,” John says.

The industry needs to look towards a future that's barrelling towards it:

“Part of the problem is that the industry needs to properly market what the job is today compared to the past. The truck is a much more sophisticated vehicle and it contains many advances in how it communicates with the driver from warning notices to better communication with the home office,” John says, adding that “New technology is driving innovations in every major industry within the U.S economy and the trucking industry is no exception.”

In other words, this isn't your father's trucking.

Are Autonomous Trucks on the Way?

The impact that automated vehicles could have on the trucking industry is potentially huge: State-by-state, trucking is the most common job across the nation — even with that driver shortage — and that's largely due to the fact that it can't be outsourced. With autonomous trucks, the drivers would be extraneous.

However, autonomous vehicle companies continue making the news for car crashes and delays in production. A self-driving Uber even struck and killed a pedestrian in March, the first such death. If autonomous cars can learn to deal with sheer mundane unpredictability of human-driven cars and random pedestrians, they might be on the roads in a decade. Drivers might disappear.

John, however, sees dealing with autonomous trucks as an evolution rather than an extinction-level event.

“Automation is not the sole solution,” he says, as “automated vehicles are still some time away and what we call a truck driver today may be called that in the future, but the job will last for a full career and it will be far different from the current experience for a driver. The truck operator and driver field will continue to employ the tech savvy professional operators of these vehicles for a lifetime.”

Self-driving trucks aren't the only innovation that the trucking industry faces. If autonomous trucks don't take over, the VR simulations will.

How does high-tech training help prepare new drivers for a new trucking future? The personnel shortage is severe: As much as 90,000 driver positions would need to be filled annually assuming a 900,000-strong employee shortage over the next 10 years, John says. It puts trucking “among the blue collar jobs to get into right now,” according to one opinion. And those new hires will need training.

“There are many problems associated with this shortage, but the solution should be centered on the recruitment of young drivers into the market. Technology advances for this kind of simulator training are producing a new, higher level of safe training,” John explains.

Advanced training simulators are now more powerful than ever, and available at an affordable cost. Students who are exposed to VR training simulators in a school environment gain experience that makes them a little more likely to continue on in the field.

With consumer VR failing to take off at scale, practical business applications for virtual reality could be the saving grace for the technology.

While simulators won't replace genuine butts-in-seats behind-the-wheel training, they can highlight the range of potential problems truckers face on the road. These problems are too risky and rare to properly prepare for any other way.

“Look at the fact that you cannot accurately train a front tire blowout, loss of control on icy roads, extreme wind, mountains, accident avoidance such as swerving to miss an obstacle and many other events the driver will inevitably experience at some time,” John says. “Just as it is too risky to train emergency events in an airplane, it is too risky to train these events in a real truck.”

Not to mention that VR training is cheaper, too. It saves on tires, gas, maintenance, and insurance.

Granted, current training methods are working decently as well, from standard driving certification programs to the in-person demos that most fleet management system providers include with their service plans (although you can find out which ones do or don't through TechCo's handy Fleet Management Systems quotes comparison form). VR might be the future, but it hasn't taken over yet.

A higher level of safe training is in trucking's future, and not a moment too soon, given the impending driver shortage and the need to escalate a modern training pipeline for the next generation of truckers.