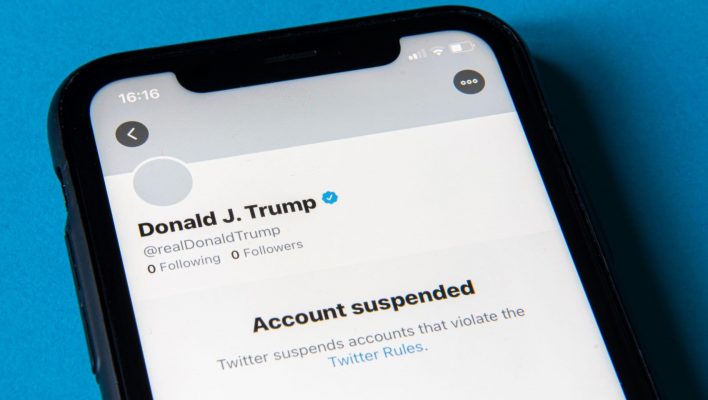 The social media ban has clearly hit Donald Trump hard, as the former president apparently has plans to launch his own social media site.

Just a few short months ago, social media giants like Facebook, Twitter, Instagram, and Twitch banned the controversial president from their platforms after violent protestors stormed the US Capitol because of claims that the election was stolen. Since then, conservatives have scrambled to find a social media site that fits their unique brand of “free speech.”

Now, they may have found their saving grace, as Donald Trump is poised to announce his own social media network that will, in all likelihood, cater to the MAGA ideology more than any iteration so far.

“I do think that we’re going to see Pres. Trump returning to social media, in probably two or three months, with his own platform.” pic.twitter.com/csi3VUtzfs

While talking on Fox News' #MediaBuzz this weekend, Trump's senior adviser Jason Miller informed hosts that the former president is planning to launch a new social media site in the next “two or three months.” And with the announcement came the former president's trademark flare for the dramatic.

“This is something that I think will be the hottest ticket in social media, it’s going to completely redefine the game, and everybody is going to be waiting and watching to see what exactly President Trump does.”

Miller also stated that former President Trump has had “many high-powered meetings” with “numerous companies” and that they believe they can attract “tens of millions” of users with the new platform.

The news was later confirmed by the former president on a Fox News podcast called “The Truth,” during which Trump stated:

“I’m doing things having to do with putting our own platform out there that you’ll be hearing about soon.”

Suffice it to say, it looks like the conservative world is going to finally get its presidential social media network. The real question is, will it survive?

The Rise and Fall of Conservative Social Media Sites

Since Trump's widespread ban from social media, conservatives and MAGA fans have glommed onto a wide range of alternative networks in hopes of capturing that pre-ban energy of the last few years. However, many of them hit some notable snags, as the tech industry appears fed up with the movement and its effect on their platforms.

Parler is likely the most notable example of this social media trend. Dubbed the free speech social media site, it quickly became a breeding ground for conspiracy theorists, racists, and Capitol rioters to engage in behavior that would get you banned from other social media sites in an instant.

Unfortunately for Parler users, that kind of behavior is not tolerated by web hosting providers or payment processors, as Amazon, Google, Stripe, and Apple all refused to do business with the company, leading to the app going dark. The app has since come back online thanks to SkySilk, an LA-based web hosting company, that took a questionable stance on the debate about free speech.

“Is the power that is being wielded by Big Tech more dangerous than the hate and vitriol of certain places on the Internet?” said Kevin Matossian, CEO of SkySilk. “We took the position that big technology's overreach, this unchecked power, is equally frightening.”

Other apps that conservatives have flocked to post-ban include MeWe, Rumble, and Gab, although some of them are less than thrilled that their influx of new users are from a group of people known for trolling, bullying, and insurrection.

Given the complicated nature of launching a conservative-based social media network, will Trump run into some problems down the road with his new platform?

Let's be honest, 75 million people voted for Donald Trump in 2020, so the idea that “tens of millions” of users will flock to his new social media site is far from farfetched.

However, it's not just a matter of attracting new users. As we've seen with past conservative-facing social media networks, navigating the troubled waters of tech companies that don't want to host you and payment processors that don't want to support you isn't a walk in the park.

Still, the swaths of the former president's fans will likely carry this new platform to early success, but whether or not the tech side of it all can survive will be the real test of Trump's social media savvy.