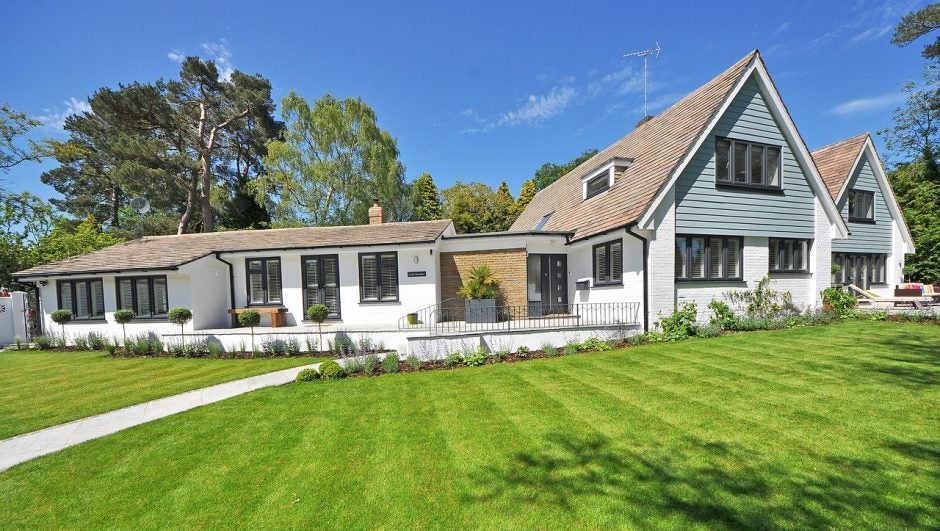 Imagine this: You’re out of dog food. You tell Alexa to order you some more. It’ll be there in an hour. Then you remember you have to go out. So you go, but you don’t cancel your order. And when you get home, your bag of dog food is right there inside your house, ready to be served up to your peckish pooch.

How, you ask? Amazon Key. With this new service, Amazon is testing the trust of its customers more than ever by asking them to let delivery drivers into their homes when no one is in the house. This launch video has more details.

The video portrays Amazon Key as a modern extension of the online retail giant’s pledge to be “the easiest way to get what you need.” But you don’t have to be a security expert to see the number of issues this presents.

How does Amazon Key work?

Using an Amazon Cloud Cam, a compatible smart lock, and corresponding mobile app, Amazon Key allows users to view the delivery process live on their phones to ensure no burglaries take place. And couriers will not be able to move onto their next deliveries until the previous one is completed and the door is closed securely behind them. Amazon Key is not yet essential for Amazon users, but the company certainly expects it to catch on. As Amazon’s vice president of delivery technology Peter Larsen said:

“This is a core part of the Amazon shopping experience from this point forward.”

Those who don’t like the sound of this may be encouraged to get used to it very soon. Amazon is asking a lot of its customers with this latest development. Inviting an artificially intelligent assistant (Alexa) into your home is one thing, but allowing strangers to come in and make deliveries goes beyond almost any existing brand-customer relationship.

Should we feel comfortable giving Amazon access to our homes?

Amazon Key has not been as well-received as Amazon may have hoped. Many media publications approached the service from a skeptical angle. Defending the project, Larsen told Reuters that theft is “not something that happens in practice,” based on Amazon Key trials. Speaking to CNBC, investor Jason Calacanis said:

“You’d pick a different target if you were actually going to create a crime, I think.”

His logic is likely that true burglars are unlikely to commit crimes in full view of Amazon Cloud Cams. The system’s biggest security risk though is not simply allowing couriers into the home, it’s actually the vulnerability of the locks. Amazon Key works with Yale and Kwikset smart locks, and the presence of these big brand names does help the system seem more trustworthy. The problem arises when smart locks are connected to networks of insecure devices. If you have a smart fridge or a smart TV, hackers can gain access to this and then disrupt your whole network of devices, including your Amazon Key system. Even the cameras are vulnerable, as this cyber security firm showed in a walkthrough video last week.

Are there any alternatives?

It’s the smart locks that present the biggest risks with Amazon Key, so there is space for an alternative method of allowing couriers into the home. This practice, in fact, already exists as an extension of a security service called keyholding.

As explained in this guide to keyholding, when a home or business owner uses a keyholding service, Key Guards will have copies of their keys in order to attend the property in case of emergency, or to arrange access for contractors and tradespeople. Naturally, Key Guards could also allow access for delivery people.

Keyholding is more trustworthy than Amazon Key because of the relationship clients have with their keyholding service. Keyholders are employed to enhance the security of a client’s home, and in many cases they are SIA-trained, so it is natural to trust them with deliveries. Amazon Key drivers, on the other hand, are there simply for the delivery. Unfortunately keyholding is more of an investment, and so unlikely to be available on a mass scale in the way that Amazon Key plans to be.

Strangely enough, a more affordable way to accept deliveries while you are out already exists, and it was concocted by none other than Amazon. Amazon Lockers allow customers to order deliveries which will arrive when they are not at home and pick them up whenever they can. There are already at least 13,000 Amazon lockers in the UK. Expanding this program would likely be cheaper than Amazon Key with none of the drawbacks.

If this is too low-tech for Amazon’s blue-sky thinking, they also have their beta-tested drone delivery system which can drop packages off into gardens. Perhaps allowing these drones into customers’ homes, rather than human beings, would make the Amazon Key concept more acceptable to some.

This wouldn’t solve the central issue, though, which is the insecurity of smart locks. In the end, it goes back to the launch video:

“Maybe you don’t want your packages sitting out on display. Maybe rain is in the forecast.”

These are the only reasons Amazon gives for using Key in its own advertisement. And both of those things can be solved by using the lockers, or by heading to the Post Office. Until the software is safer, there is no need to engage with Amazon Key just yet.

Read more about what Amazon is up to on TechCo