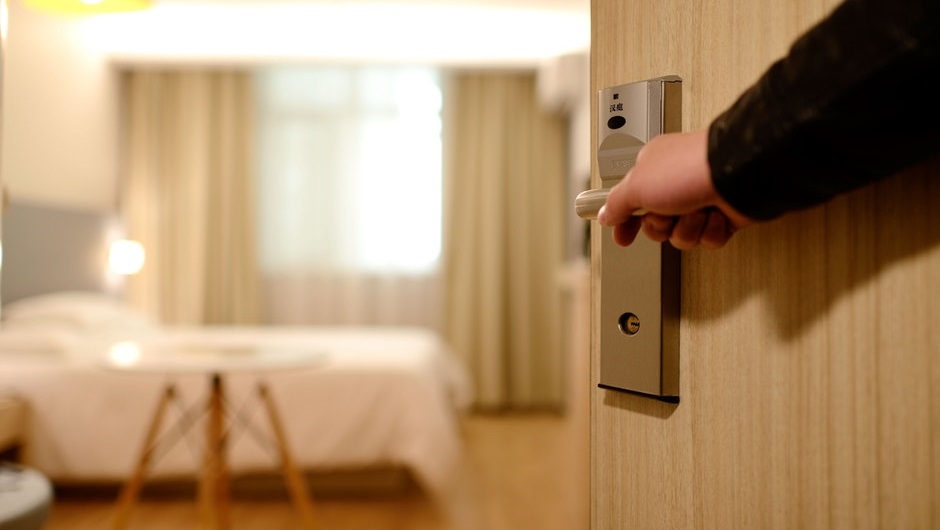 Privacy concerns are a huge aspect of modern life: We're all connected to Facebook, Messenger, Instagram or tbh — and that's just the social networks owned by Facebook. Google and Amazon also have near-omnipotent knowledge of our internet search histories or our purchase decisions. You know things are getting bad when the New York Times runs an op-ed on why it's not that bad that the top five tech giants hold “so much economic, social, and political power.”

But the massive invasion of privacy that is modern technology has one thing working in its favor: It's invisible to the typical person.

And when tech advances fail at that one thing — as with the case of the new concept Amazon is floating, Amazon Key, which will allow their delivery services to unlock consumers' homes in order to leave packages safely inside their front doors — the consumers revolt.

The new survey, done by SurveyMonkey for Recode, indicates that the majority of Americans (61 percent) as well as the majority of current Amazon Prime subscribers (58 percent) just aren't interested in Amazon Key. 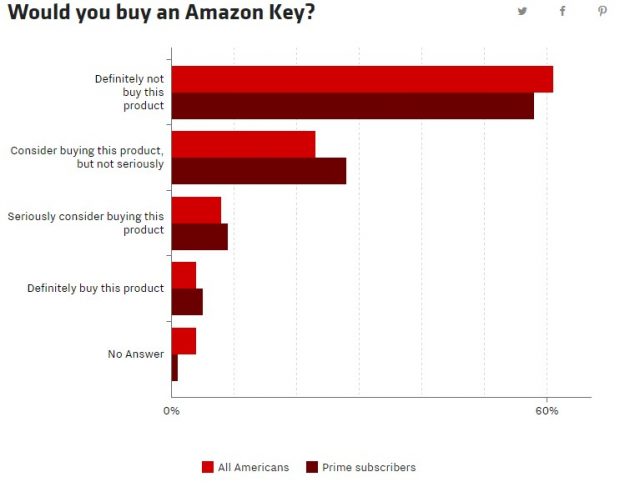 However, five percent of Prime-subscribing respondents would “definitely buy this product.” Given that the survey covered “a nationally representative sample of 7,566 adults,” these results are a fairly strong indicator of the disinterest in the service, which relies on a home's smart locks to allow delivery people in or out.

Since the service is a literal and physical invasion of privacy, it triggers consumers' sense of impropriety. But as that five percent who would love the service might already know, it isn't that huge a step up from what we already allow tech services to get away with.

What This Tells Us

I don't really have a solution here: Let's just hope the balance tips away from advertisers and towards subscription models, and that we can continue appealing to the better nature of tech giants like Facebook and Google.

Read more about privacy in tech here at TechCo