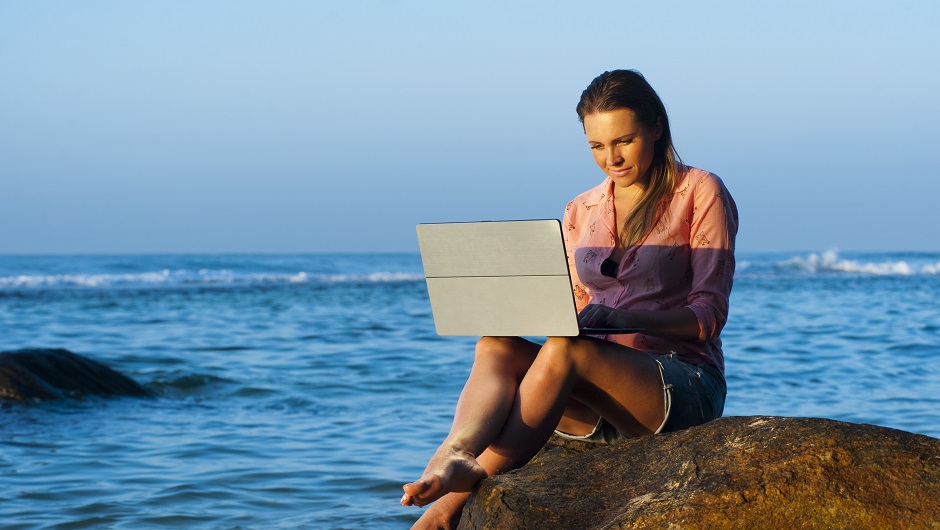 Have you ever sat down to think over what the concept of taking a vacation means? Apparently, two out of every three employees have not, since that's the number that opt to continue working while on vacation.

The stat comes from job search site Glassdoor, and as their recent blog post explains, that number has been on the rise for several years.

Here's how Glassdoor framed the news:

“Despite taking PTO or vacation days, 2 in 3 Americans (66 percent) today report working when they do take vacation compared to three years ago (61 percent). The study also revealed that the average U.S. employee (of those who receive vacation/paid time off) has only taken about half (54 percent) of his or her eligible vacation time/paid time off in the past 12 months.”

It's probably not a coincidence that work stress is also on the rise: 60 percent of U.S. workers say that their work-related pressure has increased in the last five years, according to a survey from earlier this year.

To be fair, the problem isn't exactly the workers themselves: It's the environment and the employers that surround them.

In order to stop the vacation work, we need to collectively agree to stop bothering people who should be on vacation. As the Glassdoor study proves, we have a long way to come:

Maybe it's time to check in on how Y Combinator's pilot program for UBI is working out: Announced almost exactly a year ago, the experiment plans to run for five years in order to determine if an allotted basic income can sustainably allow indiviuals to live and work in better conditions than they currently do. It runs against the traditional values Americans have embraced in the past, but it would be far from the weirdest direction America has turned in the past year. And if functional, it would cut down on the overwork that drives two out of three employees to crack open their laptop while suntanning on the beach.

Read more about the entrepreneur lifestyle here on Tech.Co