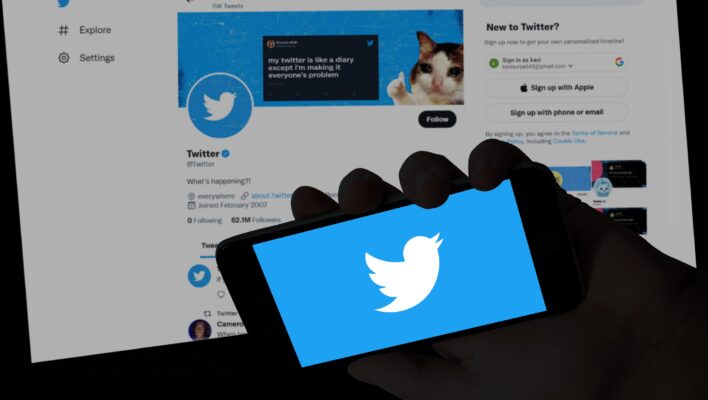 As Musk continues to make sweeping changes to Twitter, including reinstating banned users, ditching moderation plans, and decimating teams designed to protect users, the company's former Head of Trust & Safety thinks safety on the app can no longer be guaranteed.

And it's not just former staffers that hold these concerns. As Musk continues to remove the platform's checks and balances, advertisers are dropping like flies — with 50 of the top 100 agencies fleeing the app within the past week.

As recent events have shown, the safety and security of Twitter users have never been Musk's top priority. But could this freefall in ad revenue be enough to change the billionaire's tact?

Twitter is a less secure place to be following Musk's takeover, according to Yoel Roth, the company's former head of content moderation who quit the app over a month ago.

Speaking in a recent onstage interview, Roth explained that amid his many concerns, there aren't enough workers remaining at the company that comprehend trust and safety to effectively control the platform.

More shocking still, a recent report by Bloomberg has revealed that Musk has significantly reduced the size of the team responsible for tackling child sexual exploitation on the platform. The team, which was already being pushed to its limits before Musk's takeover, has been cut in half, leaving ten people left to tend to all cases of child exploitation on the app.

To pour salt in the wound, this decision to leave behind a skeleton crew came just days after the billionaire Tweeted that stopping child exploitation was his top priority.

Removing child exploitation is priority #1. Please reply in comments if you see anything that Twitter needs to address.

But unfortunately for remaining Twitter users, firing important safeguarders isn't the only action Musk is taking to spark safety concerns.

In addition to the widespread layoffs, another one of Roth's gripes with Musk's handling of Twitter is his reinstatement of formerly banned accounts.

This follows Musk's recent decision to welcome back banned users, including notoriously controversial figures Donald Trump and Kayne West. Blocked users will now automatically regain access to the site, despite the CEO formally proposing that each case would have to be reviewed by a moderation committee.

And Musk's decision to drop the moderation committee has already prompted real-world consequences. According to a study by the Center for Countering Digital Hate, homophobic and racist rhetoric on the app has spiked since his takeover of the platform.

Its actions like these that have led Yoel Roth, and thousands of former Twitter users that have ditched the app in favor of alternatives like Cohost and Mastodon, to turn their back on the platform. But unfortunately for Musk, Twitter users aren't the only demographic fleeing the app.

As fears around the platform's safety mount, advertisers are leaving en mass.

According to Media Matters, 50 of the top 100 advertisers, which accounted for almost $2 billion in spending on Twitter since 2020, have stopped working with the app since Musk's takeover. These include notable brands like VW, General Motors, Coca-Cola, Heineken, and Mars.

“Some of the things he is posting, including memes, are horrendous. The challenge for Musk and Twitter is that he will need to prove that this is an environment that is safe for advertisers, and so far we have not seen that.” – Annonymous agency leader

But while Musk assures remaining advertisers that Twitter aspires to be the “most respected advertising platform in the world”, he's also doubling down on actions that jeopardize the safety of his users.

With no clear strategy change in site, and the platform's ad revenue tanking, the future of Elon's Twitter looks as unpredictable as ever.