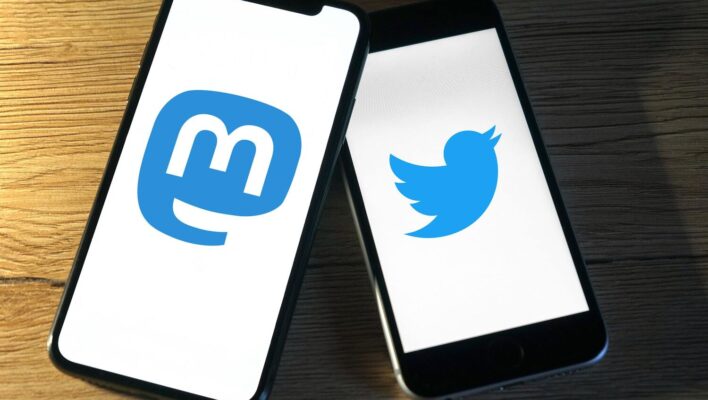 As Twitter continues to descend into a general state of chaos and its users jump ship on mass, an unusual victor is emerging — Mastodon.

The German social media site, which has remained largely under the radar since its launch in 2016, has gained 230,000 users since Musk's acquisition of Twitter, and its growth isn't showing any signs of slowing down.

With a somewhat complex microblogging system and its own internal vernacular, Mastodon can be a little hard for beginners to get their head around though, so if you're considering joining the #TwitterExodus, here's everything you need to know about the platform.

Mastodon is a German-born, open-source social media network that currently boasts 4.5 million global users. Mastodon's founder, Eugen Rochko, set up the platform in 2016 with the ambitious vision of democratizing social media after becoming disillusioned with its main competitor, Twitter.

Unlike Twitter and other popular sites like Facebook and Reddit, Mastodon rejects the concept of top-down control, aims to benefit the public over stakeholders, and lets users create their own social networks through open-source technology. Confused? We break down what this means below.

In June 2021, Mastodon officially became a non-profit organization. This means that the primary purpose of the app is to work towards goals that benefit the public, rather than generating profit.

The platform is able to receive donations and mostly relies on a network of volunteers. However, to make way for crucial resources and experts like UX designers, Rochko classifies himself an employee and pays himself a fixed wage — a far cry from Musk's estimated earnings of $333.33 million a day.

Mastodon relies on open-source technology. This means that its developers don't own the code's copyright, allowing anyone to inspect, edit, and install the app's software on their server. According to Mastodon, the philosophy underlying this is to allow everyone to collaborate in service of improving it. You can't nab the code without crediting it, however, a lesson that Donald Trump learned the hard way last year.

It's a federated social network

Unlike Twitter, which displays content from all users on one unified platform, Mastodon features a series of federated networks, otherwise known as “microblogs.” Under this system, users can sign up for “Instances,” each with its distinct servers, rules, community, and moderations. 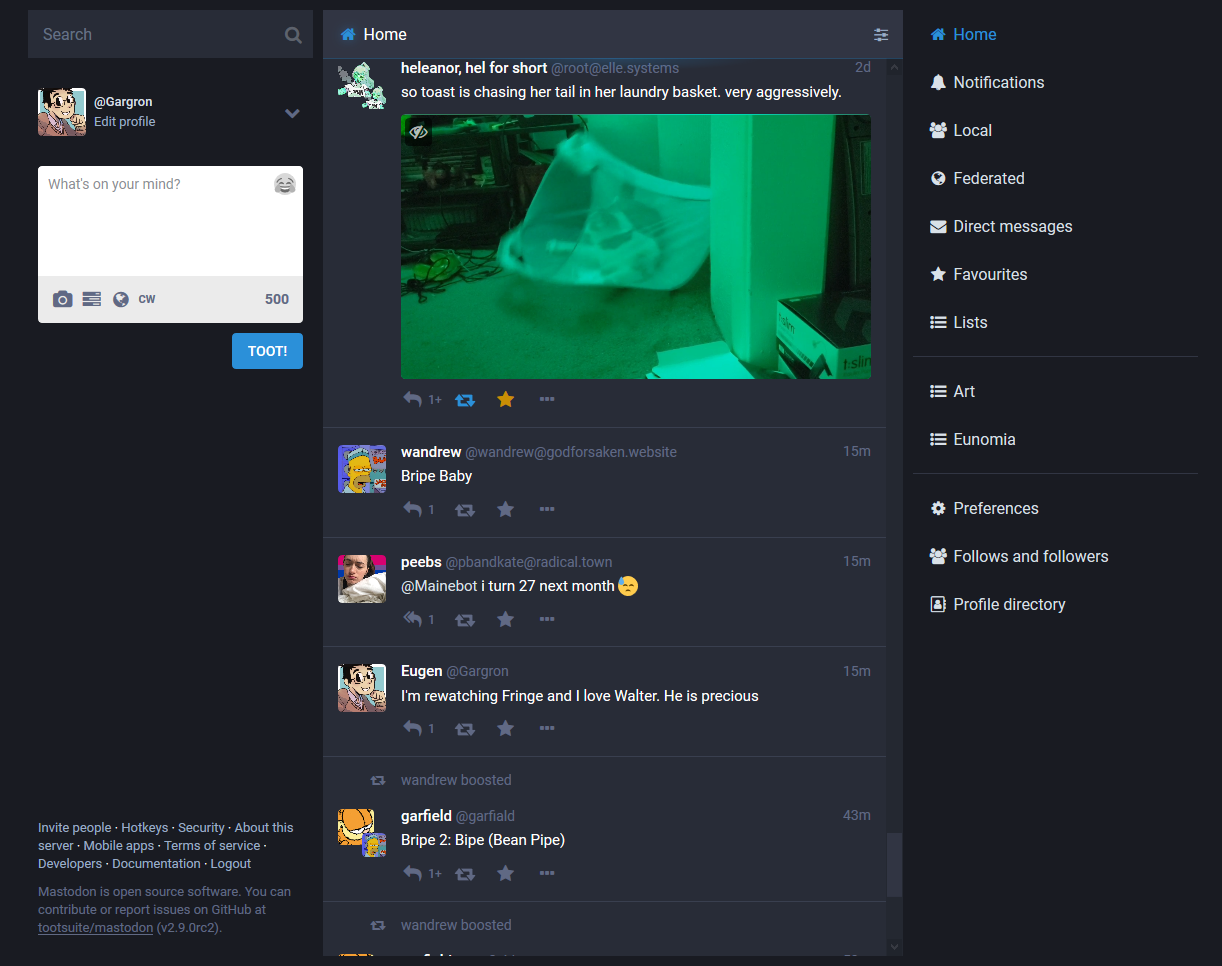 All of these Instances are mutually interconnected through a platform known as the “Fediverse.” However, each federated network maintains its own focus to cater to all users, from pizza lovers to furries.

While Twitter and Mastodon look remarkably similar on the surface, with the insurgent platform even substituting “toots” for “tweets,” the app's shared functionality is really where the comparison ends. With over 3,000 servers available, Mastodon's operating system is more reminiscent of Reddit than Twitter. Its egalitarian principles will undoubtedly appeal to some users more than others though.

Unlike the Musk-owned platform, Mastodon is completely free to use and doesn't even feature ads. This means that there's no reason for the site to collect user data, allowing the app to sidestep one of the major criticisms of popular social media apps like Twitter, Facebook, and Instagram.

Contrary to Twitter's current blue-tick fee fiasco, verifying users on the app is a breeze too. Mastodon's verification system is available to everyone with their own website listed on their profile. Once admins deem this link to be legitimate, users can become verified with no monthly fee.

“I have been working very, very hard to push the idea that there is a better way to do social media than what the commercial companies like Twitter and Facebook allow.” – Mastodon's founder, Eugen Rochko

While all of these factors are great, Mastodon's main selling point is its commitment to its ideology. Mastodon is first and foremost a community-led platform. Its aim to democratize the ownership and control of social networks can be traced right back to its code structure.

This concept may be attractive to a lot of skeptical Twitter users, especially those who aren't fond of using a platform owned by a tech tycoon sitting on the biggest net worth in the world.

This isn't to say Twitter should throw in the towel. Mastodon's user base still pales in comparison to Twitter's 238 million daily users. And while notable figures like comedian Kathy Griffin and model Gigi Hadid have ditched their Twitter accounts, the platform is still home to much more influential figures than its rivals.

Twitter's setup is much more user-friendly too. Compared to Mastodon, which hosts users across a range of different servers, Twitter makes it super easy to find people you're interested in. As it currently stands, Twitter's content is open to everyone too. This makes information on the platform more accessible than with Mastodon since some Instances can only be viewed upon invitation.

If you're looking to trade in tweets for toots, getting started with Mastodon is relatively simple.

Once you have loaded the site up on your device or downloaded the Mastodon Android or iOS app, you click “Get Started” before choosing a server to join on the following page. After selecting your chosen Instances (don't worry about this too much, you can come back to it later), you must agree to some of Mastodon's basic ground rules.

Once confirmed, the platform will ask you to enter your personal details including your full name and email, and a unique ID will be generated. After you click “Next”, the rest is up to you! You're free to edit your profile, explore the thousands of weird and wonderful Instances with Mastodon, or create your first post.