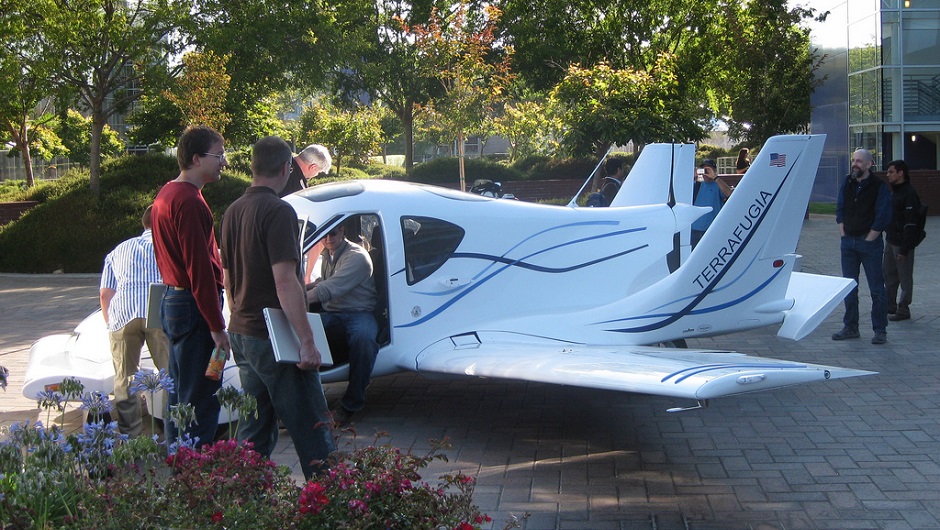 The phrase “Where's my flying car” has turned into an ironic call for the retrofuture that has never happened: In the 1950s and 1960s, fresh off the ground-breaking invention of nuclear power, the western world envisioned a future full of sleek white buildings, gyroscopic robots, and, of course, flying cars. Think the Jetsons combined with Apple's minimal style.

But then that never happened. 2015, the setting of Back to the Future II and its famous flying cars, has come and gone with barely even a functioning hoverboard. But don't despair! Uber can finally get us those flying cars we think are so special.

Uber has revealed that it is looking into tech that would allow it to create automated drone taxis. Like self-driving cars, the self-driving drones could ferry customers who call them in the Uber app. Unlike cars, the drones can travel as the crow flies: In a straight, mid-air route.

The news comes from Jeff Holden, Uber’s head of product, who recently told Recode that the ride-share company is already researching “vertical take off and landing” (VTOL) technology. This craft would feature fixed wings in addition to the ability to take off and land vertically rather than on lengthy runway.

“Holden said that he has been researching the area, ‘so we can someday offer our customers as many options as possible to move around.” He added that “doing it in a three-dimensional way is an obvious thing to look at.'

Holden said in the interview that such technology could be in use within a decade, which is an aggressive prediction, given the issues around the complexity of movement in the air above densely populated areas. (Also, you know, the possibility of these VTOL vehicles crashing into each other.)”

Uber isn't the only competitor in the “flying cars” category, as the Telegraph explains:

“Earlier this year Ehang, a Chinese company, unveiled the 184, an autonomous quadcopter drone designed to carry a single passenger, with a battery life of 23 minutes. The 184, which has been slated for release as early as this year, is expected to cost up to $300,000 (£232,000).

Google founder Larry Page is one of the major believers in flying cars, putting $100m of his own money into startups developing the technology.”

There's a reason flying cars haven't been invented yet: Traffic regulations are already tough, and we have plenty of crashes. Now imagine if the traffic could flow up and down as well as right and left. What would a three dimensional traffic stop even look like? Could people learn how it worked? Clearly, the self-driving aspect of a flying drone taxi is pretty essential.