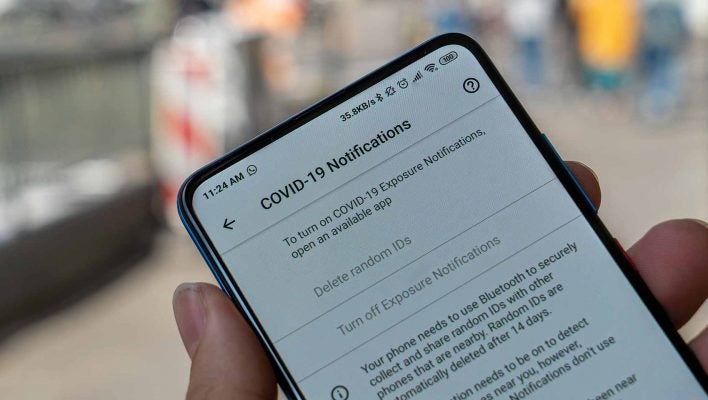 A coronavirus tracing app was supposed to be the silver bullet to help stop the spread of the virus in the UK. However, in an embarrassing (but not unexpected) U-turn, the UK has decided to abandon months of work on its own contact tracing app after it was proved to be inaccurate and ineffective.

Instead, it has elected in favor of an app made by either Google or Apple. Or Both. Or neither.

Why has the UK managed to drop the ball so badly? And perhaps more pertinently, has anyone managed to get a contact tracing app working properly so far?

As the coronavirus pandemic travelled from China and into Europe, there was a great deal of talk about the potential of contact tracing apps to help limit the spread and let unaffected people live normal lives.

The UK government, eventually, advised against going to bars, pubs, theatres, and other venues, while also prompting employees to work from home if possible. It was also announced in March that NHSX, a government unit designed to help modernise and digitize the UK's health service, had commissioned a contact tracing app.

On May 4th, two months after the first death, and almost five months following the first case, the UK government proudly announced that the tracing app would be trialled in the Isle of Wight – a relatively contained testing ground for its effectiveness.

But, the problems started to mount. Matthew Gould, CEO of NHSX, said that rather than just the NHS being able to access the app's data, other companies would also be able to take a look in. When asked to list these companies, however, Gould couldn't name them.

“I can’t give you a definitive list of exactly who would have access to the data,” said Gould. “But what I can say is, we will have proper procedures in place consistent with law that will make sure that only those who have an appropriate public health reason for seeing the data do so, and they do so under very clear conditions and criteria.”

However, less than a month beforehand, the UK's health secretary Matt Hancock had this to say:

“All data will be handled according to the highest ethical and security standards, and would only be used for NHS care and research, and we won’t hold it any longer than it’s needed.”

To make matters worse, the Scottish government, which has devolved with separate powers in some area from the main UK government in Westminster, said that it would not recommend the app until it was “confident it works.”

The Scottish government was right to be cautious. While the app had close to 50,000 downloads in the Isle of Wight, it was rendered ineffective by the technology it was supposed to leverage.

Apple's iOS and Google's Android operating system limit the Bluetooth signals that apps can send in order to save battery, improve performance, and maintain user privacy. This meant users' phones couldn't tell how close they were to each other. To make matters worse, iOS can only send Bluetooth signals when apps are running in the foreground, while the UK's tracing app would require passive, constant signals.

Mere days later, however, it was reported in the Financial Times that the UK had started working on a second app using Apple and Google's API.

The UK government has, unsurprisingly, refused to say how much money was spent on the original app. According to the Guardian, however, records show that £4.8 million (almost $6 million) was awarded to developer VMWare Pivotal Labs.

As the government launched its faulty app, the UK had registered more than 130,000 cases of the coronavirus and had almost 30,000 deaths.

Hancock said that he was confident in the NHSX app and that it would be “rolling out in mid-May” across England. That never happened.

Hancock tried to blame Apple for the NHS' app not working. “So as it stands, our app won’t work because Apple won’t change their system, but it [the NHS app] can measure distance and their app can’t measure distance well enough to a standard that we are satisfied with.”

Of course, Apple's technology is not for the government to use — iOS is a developed, mature operating system with known software parameters and safeguards.

The fact that NHSX and the UK government was absent-minded enough to hand over £4.8 million in taxpayer money to a developer which would have been fully aware of the limitations of the operating systems is nothing short of scandalous.

At the same time, however, the UK government was not prepared to extend free school meals across the summer to the poorest families in Britain until a public campaign was launched by Manchester United's Marcus Rashford. The government is also still planning to spend £900,000 on repainting Boris Johnson's private plane.

Contact tracing in the UK – where are we now?

That was May, however, and we're now in June. So, what's changed?

On June 18, the UK government finally conceded that the NHS app was not going to work and cancelled its further development and rollout.

“I’m from Newmarket, we back both horses,” said Hancock in a press conference. And, while it might be prudent to back both horses in an actual horse race, it isn't prudent when you're betting public money.

This means that the UK has defaulted to using Google and Apple's tech which is currently in development and not expected to launch until fall, at least.

Given how long it is taking two software giants who, don't forget, designed and built the operating systems that the app will rely on(!), it was foolish of the UK government to expect its app to be ready after two months of development.

So, at the moment, the British public is no closer to having a contact tracing app. It does, however, have a £4.8 million-sized hole in its pocket.

Google and Apple released their joint exposure notification API back in May and remains an opt-in for users. At present, there has been no communication from the UK government about how to turn the system on.