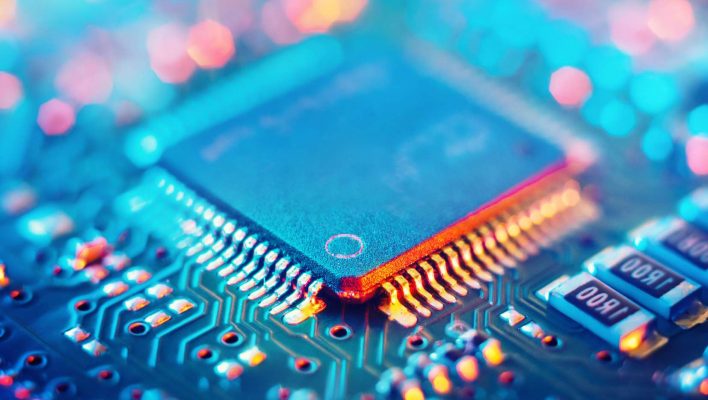 As Russia's attack on Ukraine sharpens, two leading suppliers of neon have been forced to halt their operations, prompting concerns over a second global microchip shortage.

According to Reuters, the two suppliers Cryoin and Ingas, produce 45 to 55 percent of the world's semiconductor-grade neon, a critical component in chip manufacturing. In a bid to safeguard the well-being of their employees,  it was reported that they both closed their doors last Friday.

With Russia's advance showing no signs of letting up, many experts fear that these developments will place a further strain on chip shortages that have been present since the start of the pandemic. Concerns are particularly high on home soil, with US hardware companies relying on Ukraine for more than 90% of their semiconductor-grade neon.

Before Russia launched its invasion, Ukraine had a chokehold on the global semiconductor industry. Taking advantage of the byproducts of Russian steel manufacturing, Ukrainian factories were able to produce neon at an incomparable scale. As the conflict continues to intensify, however, the country's future as a semiconductor powerhouse remains uncertain, raising questions for the production of products from cars to smartphones which are already struggling to keep pace with demand.

During peacetime, one of the country's biggest neon suppliers, Ingas, produced around 15,000 to 20,000 cubic meters of neon each month to customers in Taiwan, China, and the United States. Despite this, as its home city Mariupol endured a slew of escalating attacks – including an airstrike to a maternity hospital – the factory decided to shutter, with employees either fleeing to safety or joining the conflict as boots on the ground.

A similar fate was endured by Cryoin, another semiconductor powerhouse in Ukraine that's based in Odessa. While the historic port city has yet to be advanced upon by Russian troops, the manufacturing firm paused all activity the 24th of Feb, just as the invasion began. Since its closure, Cryoin has been unable to fulfill its typical orders of 13,000 cubic meters of neon each month, forcing its global customers to explore other alternatives.

Due to escalating violence in the Eastern European country, neither plant can predict when operations may resume again. What's more, if valuable equipment is targeted by Russian troops, the halt on production could carry on indefinitely.

Chip Shortages are Nothing New

While the closure of these factories is likely to disrupt microchip production at a scale never seen before, this isn't the first time the industry has dealt with severe shortages.

As the pandemic transformed the way we lived and worked in 2020, demands for consumer goods like cell phones, laptops and cars reached an all time high. In response, factories that were already grappling with social distancing regulations struggled to meet global demands. This caused the global supply of microchips to plummet – with the scarcity remaining in place still today.

The shortage forced the automobile company Ford to manufacture and sell vehicles without chips that power non-safety features earlier this year. This difficult decision followed General Motors' move to cut HD radios and wireless chargers from some of their SUVs in late 2021.

Reverberations were also felt beyond the automobile industry, with Apple axing production of its iPhone 13 by over 10 million units in response to the crisis. Edward Moya, senior market analyst at OANDA, commented that Apple's decision was a “sign that the chip shortage is nowhere near over”.

Supply chains were also put under strain during the 2014 annexation of Crimea, the former region of Ukraine. During the invasion, neon prices soared by over 600 percent as Ukrainian manufacturing power weakened – a fate that is likely to be repeated if Russian interference doesn't cease soon.

What does this Chip Shortage Mean for US Companies?

So, with a second global chip shortage pending, many US business owners are left wondering what this might mean for them.

The answer in short, is that you're likely to be safe for now. Thanks to past instances, major neon suppliers have learnt to reserve stockpiles for emergencies. While the size of these stockpiles vary from company to company, Cryoin believes they can hold out for at least three months before shortages start kicking in.

Thanks to past instances, major neon suppliers have learnt to reserve stockpiles for emergencies.

Despite this brief respite, businesses that depend on neon aided technology shouldn't become complacent. As the chip industry is still overwhelmed by post-pandemic demands, the closure of Ignas and Cryoin is likely to reduce global supplies even more.

Not only could this make the semiconductor material even harder to come by, it could also lead to price hikes that could price out smaller retailers.