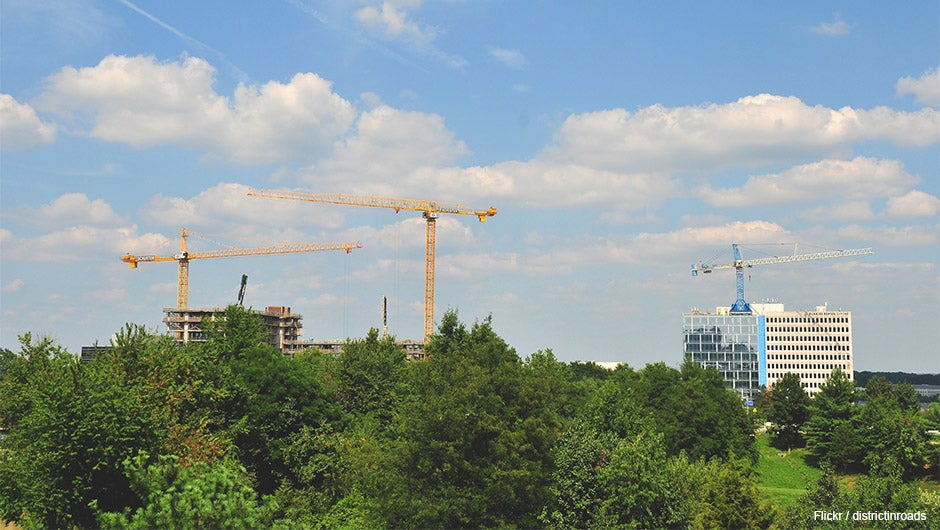 Tysons Corner is one of the Washington, D.C. area's most renowned suburbs and thriving areas of business, featuring big-name companies like Deloitte, Capital One, and Microstrategy. By 2050, though, the area is hoping to become more than just a hub for office buildings and consumer spending, and to transform into a sustainable urban center and community. The area development initiative is being touted as one of the “most ambitious re-urbanization projects on Earth”, and one University of Virginia professor is hoping to utilize wearable technology to measure its impact.

Andrew Mondschein, a transportation planner and an assistant professor of urban and environmental planning at the University of Virginia's School of Architecture, is hoping to explore the ways the development project in Tysons Corner can serve as potential model for future re-urbanization initiatives. By having teams of students armed with various wearable technology – from GoPros and various sensors to smartphone monitoring apps – Mondschein hopes to measure the impact that re-urbanization can have on the experiences of pedestrians.

According to UVA Today, Mondschein is looking to track the project throughout the years and observe the ways through which citizens respond to urban planning and development. “I want to see how attitudes, the environment and behavior are changing in concert with each other or at different rates and to see the magnitude of the changes,” said Mondschein in the statement. “I want to show how what we plan actually leads to what we want to see.”

While some have questioned the extent of wearable tech's role in our future, Mondschein recognizes the role that this technology can play in enabling communities to observe the impact of certain environmental and urban development initiatives and to persuade policymakers and fundraisers to support one initiative over others. Through various wearable technology that can measure things like light levels and noise pollution citizens can determine various community needs – such as increased street lighting in poorly lit areas.

Mondschein plans to track the Tysons Corner re-urbanization project throughout its entirety, hoping to eventually extend beyond his research team and allow for community crowdsourcing of data. You can read more from UVA Today.