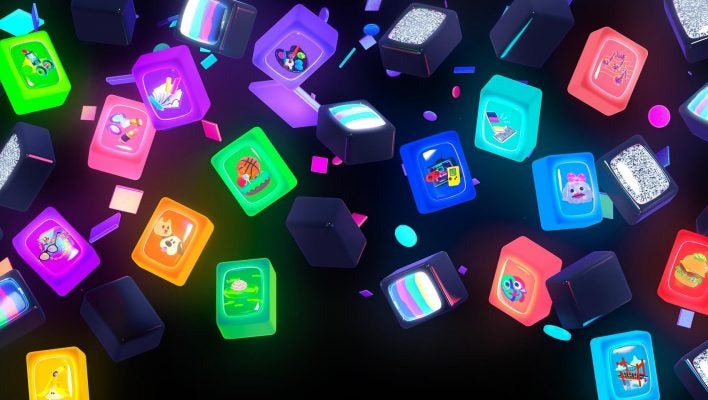 If you're missing Vine and TikTok just isn't doing it for you, then good news: Byte has launched, created by the Vine founder, Dom Hoffman.

Available now on Android and iOS, the platform lets its users shoot and share quick videos, and as part of its unique edge, allows creators to easily monetize their content (at least according to the company).

But with TikTok dominating the short video content landscape, can Vine's sequel really make a splash?

It would be lazy to call Byte ‘Vine 2', but all the signs are there. Created by Vine's founder, Dom Hoffman, and allowing users to create six second videos, it doesn't feel like a huge departure from that original platform. Vine certainly had its fans and when its owner, Twitter, decided to close it in 2017, there was a huge outcry from the community, not least of all from those with established followings.

Byte has been in beta for a couple of years, and Hoffman even toyed with a genuine successor to Vine in 2018 (called V2), though that was short lived. Now Byte has officially launched — and despite only being a few days old, some seasoned Vine users have already made Byte their home.

Currently, Byte is looking rather bare. It doesn't have many of the flourishes that similar apps offer, such as filters and effects, although we have to assume they'll follow later. What is there, in the colorful and visually appealing app, is social media-style profiles and browsing tools.

The USP of Byte, according to its creator, is that it will make it easier for creators to make money. There's definitely cash to be made on video sharing apps, with the lucky few at the top of the chain able to make full-time careers out of it, and do very nicely indeed.

As for how Byte will achieve this, that remains to be seen. While the app has now officially launched, the details of its approach to monetization are still being worked on, with a pilot program apparently in the works.

This could be key for Byte, although presents something of a chicken/egg situation – if you want to attract users to your platform, you need to make sure they can make money. However, to make money, the user base needs a large enough audience to attract the advertisers dollar.

Can Byte Take on TikTok?

If there's a wrinkle in Byte's plan for world domination, it's the Chinese video sharing app, TikTok. Arguably TikTok filled the void left behind by Vine, and did so with aplomb. The platform's meteoric rise has made it a household name in just a couple of years, and it's now one of the most downloaded apps. It's also made its stars very popular and very rich. Kids don't want to be rockstars in 2020 – they want to be TikTok stars, and with millions of views and serious cash on offer, why not?

It's TikTok's brand that will make life harder for Byte. Had it launched shortly after the demise of Vine, it could have stood a better chance, but up against TikTok, the battle is clear. Hoffman is fighting against an established brand with a huge audience of 500 million users – that's 300 million more than Vine achieved in its prime.

While Hoffman has clearly got the chops to create a world-renowned video platform (he's done it before), it's hard to know whether his pedigree will be enough to carry Byte. Its time limit could also work against it – opting for six seconds, compared to TikTok's full minute, could reduce the scope for content.

It's early days, and Byte clearly has potential, but it will be a hard fight against the dominance of TikTok, one that not even the mighty Facebook's Lasso could win.