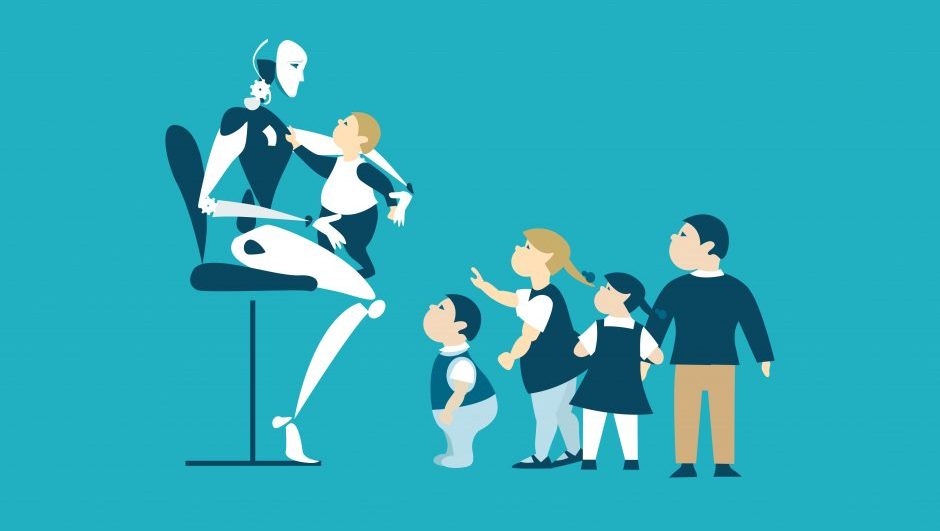 Virtual assistants, like Siri and Alexa, provide numerous benefits to their users. However, a number of experts have begun to voice concerns about the potential effects these artificially intelligent helpers could have on children as they grow up accustomed to speaking commands to a machine.

In 2017, 60.5 million Americans used a virtual assistant at least once a month to complete a simple task. For the math buffs out there, that's one-fifth of the population. Additionally, another report from Childwise found that 42 percent of children between the ages of 9 and 16 use virtual assistants at home.

Taking into account that virtual assistants have only been around for a little less than four years, it's fair to say these digital helpers are here to stay and likely to evolve. And as we've found from the many ways that kids use smartphones, there's tremendous potential for affecting how children develop and learn.

Fortunately, experts insist that the effects of virtual assistants aren't all bad. Unfortunately, they also insist that they aren't all good either. From increased curiosity to a propensity for rude behavior, these semi-sentient robot associates could change what it means to be a kid in the near future.

The Negative Effects of Virtual Assistants

Let's be honest, if virtual assistants were all sunshine and rainbows when it came to their effect on children, you wouldn't be reading this article. Experts have already been critical of how virtual assistants could affect children that use them.

From a digital standpoint, virtual assistants are basically butlers. However, unlike an actual butler, forgetting to say “please” isn't just allowed, it's becoming the standard. And that is a bad thing, particularly for kids.

“The way you talk to the device will just reinforce the manners that are acceptable as a family,” said Janet Read, professor in child computer interaction at the University of Central Lancashire in a report. “If you’re not pushing good manners in your family and you’re also being rude to the device, then you’re just reinforcing the idea that that manner is acceptable.

In response to this potential problem, Google and Amazon have both released updates and products aimed at making sure kids don't become demanding twerps because of their virtual assistants. Google Assistant's “Pretty Please” feature reminds kids to “say the magic word” when asking a question. Amazon's new Echo Dot Kids Edition thanks children for “asking so nicely” when they say “please.”

Whether or not these features will actually curb rudeness remains to be seen, but at least tech giants are taking note of the problem before we end up with an entire generation that has forgotten their manners.

While still struggling to imitate the human brain, artificial intelligence is better than us at a lot of things. And with the technology evolving everyday, some experts now worry that one of those things could – someday – include parenting.

“I think it's reasonable to ask if parenting will become a skill that, like Go or chess, is better performed by a machine,” said John Havens, executive director of the the IEEE Global Initiative on Ethics of Autonomous and Intelligent Systems to Wired.

“What do we do if a kid starts saying, ‘Look, I appreciate the parents in my house, because they put me on the map, biologically. But dad tells a lot of lame dad jokes. And mom is kind of a helicopter parent. And I really prefer the knowledge, wisdom, and insight given to me by my devices.'”

It's certainly not impossible. Why get “the talk” from Dad when Alexa can explain “the birds and the bees” better than anyone? It would hardly seem necessary to ask Mom about your daily schedule when Siri laid it out for you when you woke up.

The Positive Effects of Virtual Assistants

Virtual assistants were built to help people, and that's mostly what they do, including when it comes to kids. Between spurring educational curiosity and inspiring creativity, these handy devices could made being a kid a little more fun.

Kids are nothing if not inquisitive. If you've ever been trapped by a 5-year-old asking “why?” to everything you say, you know exactly what we mean. However, virtual assistants never get tired of answering questions, which some experts believe could make kids even more curious. And, from an educational standpoint, that might be a good thing.

“In this way, these devices are great for kids,” said Solace Shen, a psychologist at Cornell University who studies how children interact with robots to NPR. “Kids are so curious, and they can learn a lot of facts and information from the devices, without parents having to bring out their phones or computers.”

Whether it be iPads in schools or educational apps at home, smartphones and computers have provided an avenue for continuous learning for years. But virtual assistants take it a step further, making learning as easy as simply asking a question.

While some iterations have proven quite impressive, the artificial intelligence powering these virtual assistants can hardly pass for human. However, experts believe it's possible that even the most basic of conversations with a virtual assistant can help children develop social cues and even relationships.

“Children will increasingly come of age with personified robots and potentially form social and even moral relationships with them,” wrote Eric F. Dubow in a study on children's interactions with humanoid technology.

The Meteoric Rise of Virtual Assistants

Virtual assistants have become incredibly popular in a remarkably short period of time. Subsequently, this meteoric rise has made it impossible to fully understand their effects, particularly on children, before their adoption becomes the universal.

Experts don't agree on whether virtual assistants are good or bad because, in so many words, there's no way of knowing yet. The first virtual assistant hit the market less than half a decade ago, and that's far from a significant sample size. While these experts have well-founded concerns, we're just going to have to wait and see until some more concrete data becomes available.