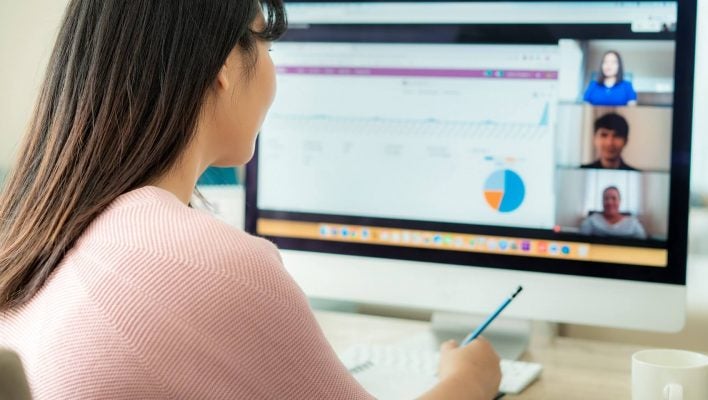 As the global coronavirus pandemic lockdowns continue, millions of people have taken to the internet for work and leisure. Video chat is suddenly popular, and businesses are enjoying free software while working from home.

But the internet wasn't exactly built for this much attention. In many areas, a 50% increase in internet use is a conservative estimate.

VPN use in particular is a great way to track the sudden jolt of online activity — and explore how that same activity is pushing the internet to its limits.

ExpressVPN has seen global VPN usage increase by 21% since end-February, with a 26% increase in the US.

“We are seeing strong demand in our services as more people spend more time indoors and employees around the world telework. Beyond using a VPN, we encourage users to practice good cybersecurity habits while working remotely,” Harold Li, vice president of ExpressVPN, tells Tech.co.

Plenty of VPN providers are seeing even higher numbers, particularly on the business side.

The business solution NordVPN Teams has seen a 165% usage spike since March 11, as well as “record” overall sales thanks to a nearly 600% increase. And according to NordVPN's analysis, business VPN use overall has seen 65.93% growth across the US. 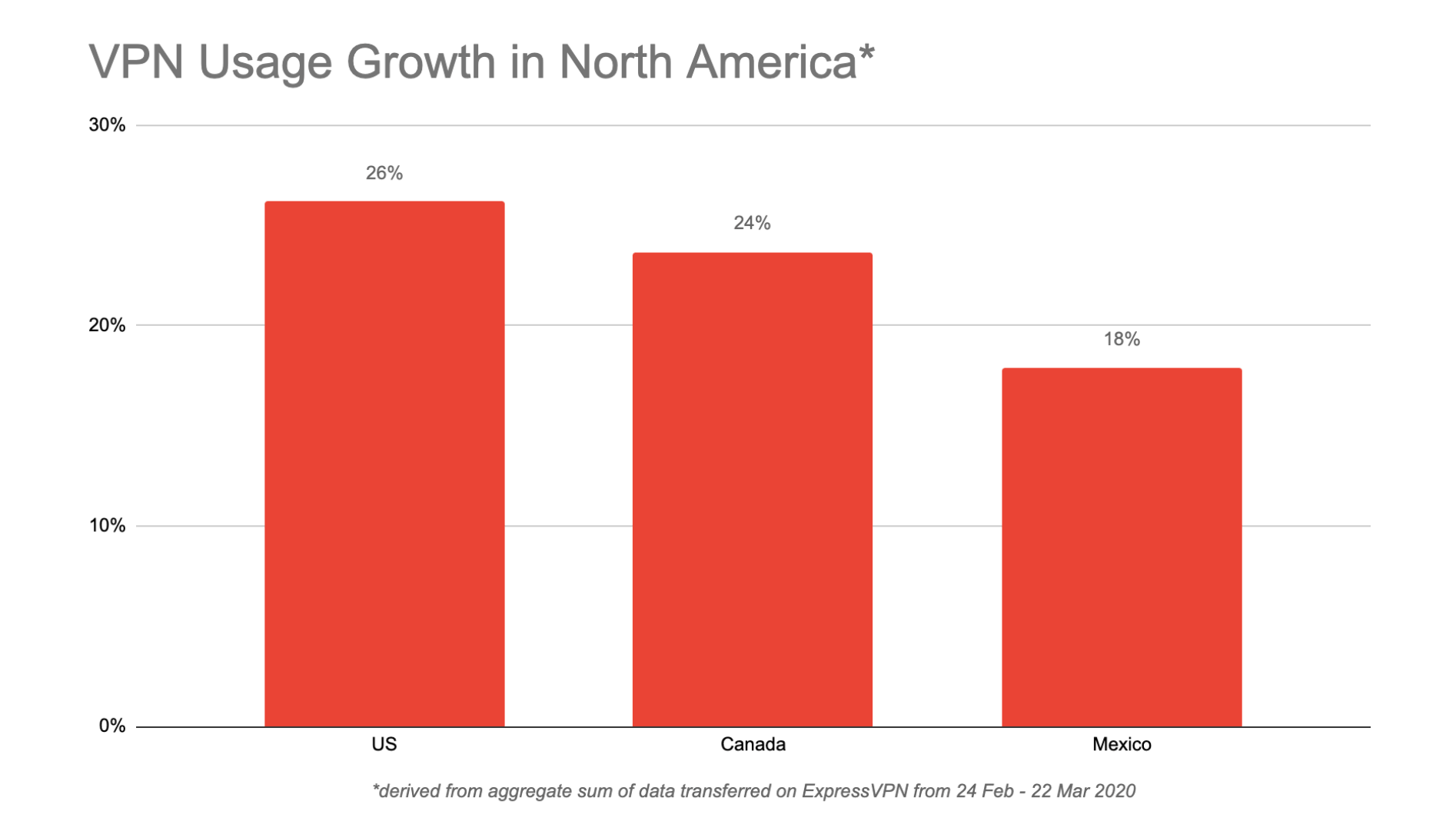 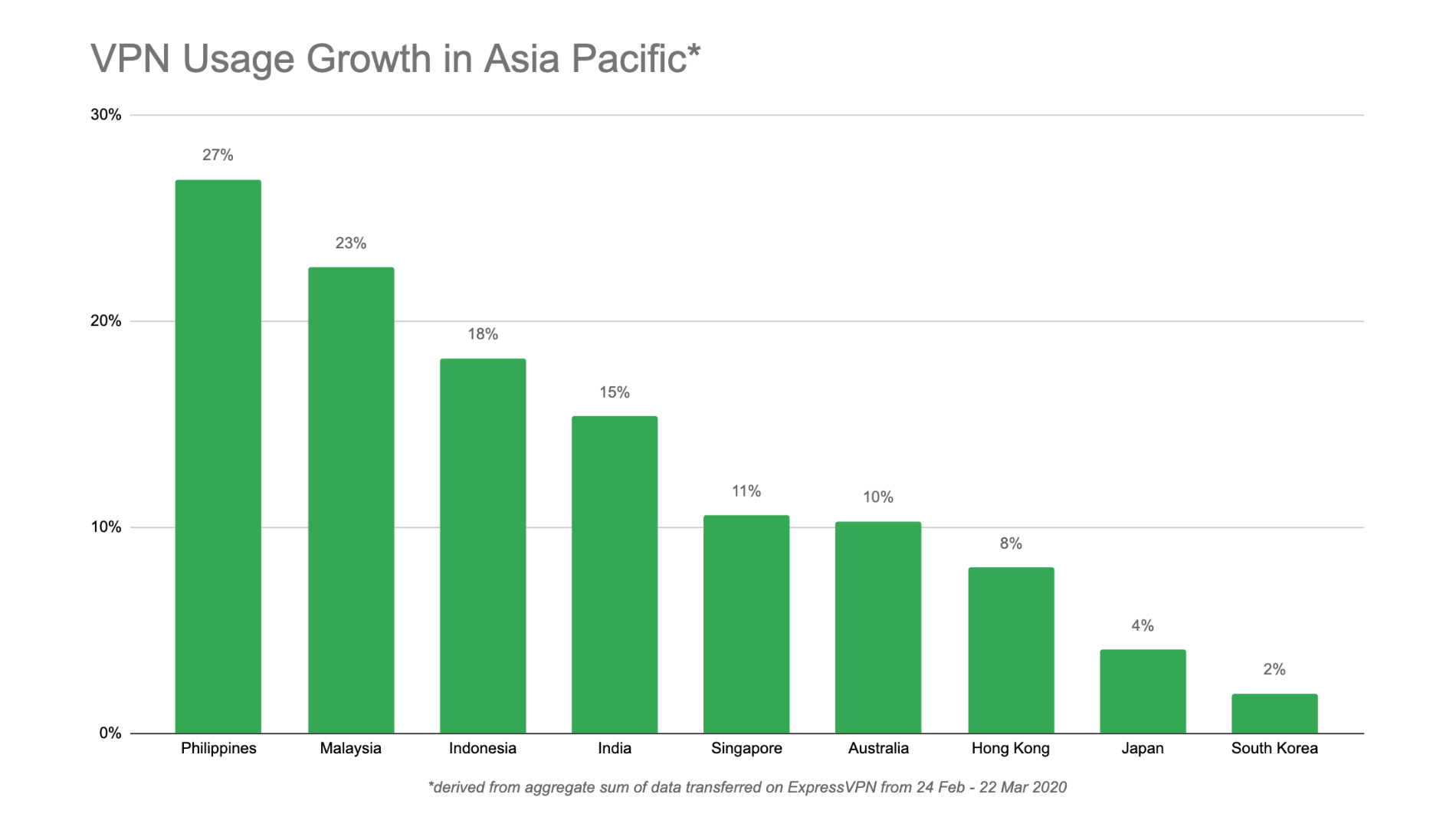 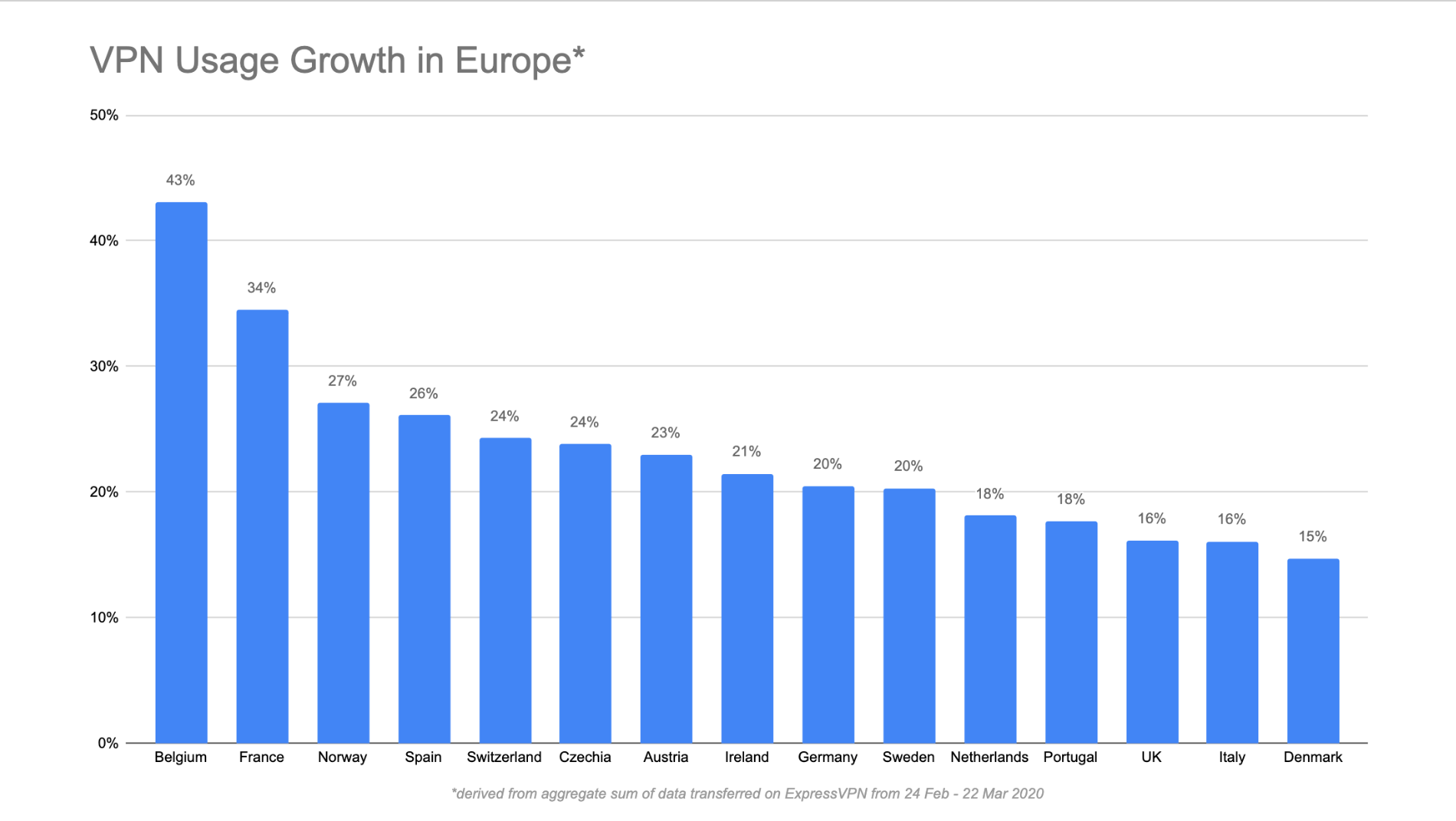 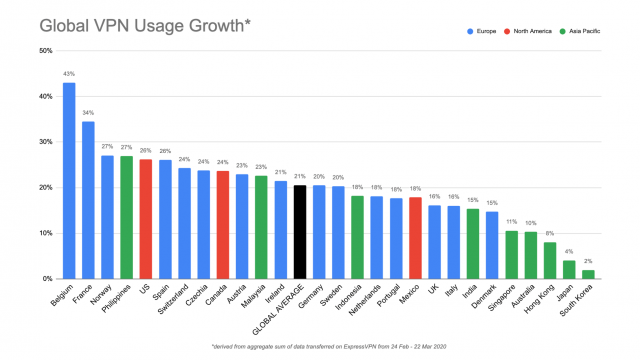 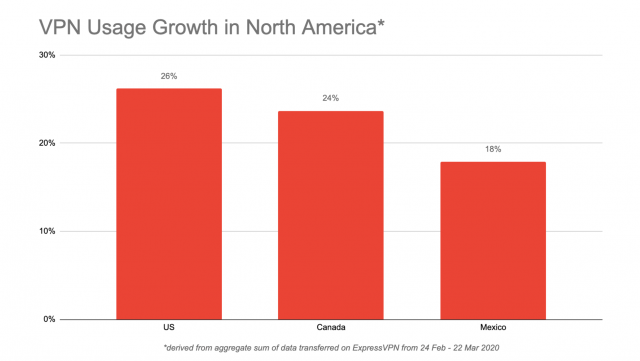 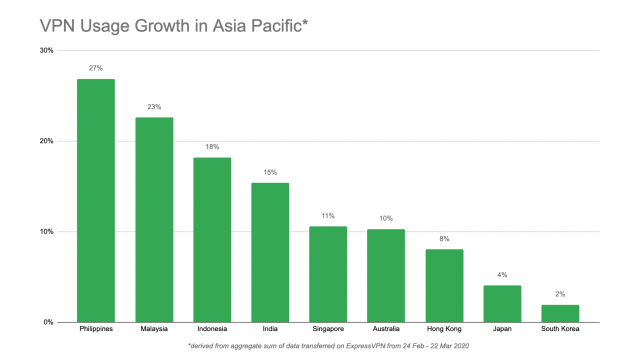 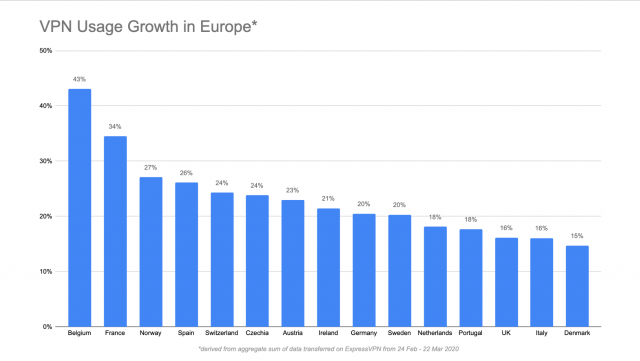 What's in the future?

McAfee, an internet security company that has its own VPN software, cautions that all this internet traffic will likely bring an equivalent leap in security risks.

Scott Howitt, McAfee’s CIO, even argues that VPN use shouldn't be used unless workers are accessing their corporate network rather than just a normal cloud-based SaaS.

“As with most companies our VPN use is higher than what it would be on a normal business day,” Howitt says. “However, more and more of the applications that we use are pure SaaS applications, and we’re encouraging our employees to avoid using VPN if they don’t need access to the corporate network. Our employees should only be utilizing a VPN to access internal apps that haven’t been moved out to the cloud.”

The pandemic has intensified pre-existing trends in tech: Streaming video services were already succeeding while cable TV and theaters lost out, but now that's more true than ever.

Similarly, working remotely is now more rapidly becoming the “new normal,” Howitt says, and we'll continue to see the shift happen in real time in the near future. Expect more remote workforces and fewer physical office spaces even after the lockdowns end.

“There’s definitely something to be said about having a place for employees to gather, but with all of the new collaboration tools available today I think we’ll start seeing organizations embrace remote workers more than ever before,” he adds.

Internet traffic is up everywhere

The more-than-healthy growth of VPNs across March is just one sign of the global retreat to the internet.

Video chat apps also saw their stock rise, naturally: Downloads for the video conferencing platform Zoom jumped a jaw-dropping 1,270% between February 22 and March 22 according to one analysis, with 17.2 million downloads across Android and iOS.

Can the internet handle this sudden and massive increase? We're already seeing the impact. YouTube has turned 480p quality into its default video setting around the world, and Netflix has made similar moves in European countries, though it's still retaining HD-quality video.

It seems we'll avoid any large-scale outages due to the increased traffic, but the pandemic is highlighting the constraints of online use — constraints that have up until now seemed invisible.