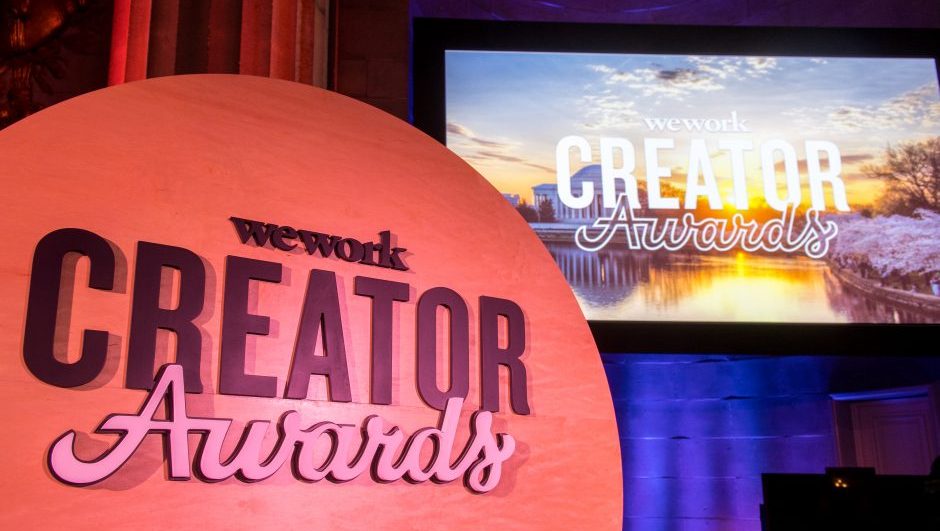 While the coworking revolution has taken over cities across the world, no one has made more of an impact on the business world than WeWork. Their mission of creating a world where people work to make a life, not just a living rings true across the board. They promote the companies within their walls, they support the entrepreneurs that call their offices home, and, most importantly, they spur innovation through initiatives like the Creator Awards.

Throughout 2017 and beyond, WeWork plans to host events around the world in hopes recognizing and rewarding people who are thinking differently. By showcasing creators that are using fresh new projects to achieve real change, WeWork hopes they can truly support innovative ideas from aspiring entrepreneurs, inside and outside of their network.

“While we have been dreaming of the Creator Awards for years, we are inspired by the fact that our WeWork community has recently reached a new milestone: we now are 100,000 members strong,” says Adam Neumann, cofounder of WeWork. “These members are pioneers leading an even bigger movement.”

The Creator Awards will be taking place in a wide range of cities across the world, including Washington DC, Detroit, Austin, London, Berlin, Tel Aviv, Mexico City, and New York. Companies and individuals will be substantially awarded for winning a wide range of rewards at each event. Over the course of the events, WeWork plans to commit more than $20 million to empower creators in these cities.

“Anyone who brings a new idea into the world, pursues their passion, and believes in something greater than oneself is a creator,” said Neumann.

Last night, WeWork kicked off the Creator Awards in Washington DC, awarding 25 entrepreneurs from DC, Philadelphia and Boston more than $1.5 million in grants. The winners, including Byte Back, Memory Well and many others represent a diverse mix of entrepreneurs, small businesses, growing companies, non-profits, artists, and other creators that are changing the way the business world works.

“The feeling tonight when we won was unbelievable. This award will help Byte Back with tech training and support, and we will be able to reach so many more people in our region as well as look to a national expansion,” said Elizabeth Lindsey, executive director of Byte Back, the winner of the Scale Award. “This is my first pitch event and I think it's been incredible. The Creator Awards included such diversity of companies and missions, and it's been fabulous to hear what all of the other groups are creating.”

Winners of the Launch Award and the Scale Award will advance to WeWork’s Creator Awards Global Finals in New York this November where they will be given the opportunity to win additional grants. Four additional winners were surprised with awards honoring their commitment to the communities they serve.

If you're interested in applying to compete in the Creator Awards, you can apply here today. Applications are open for all cities, except for Washington DC obviously.