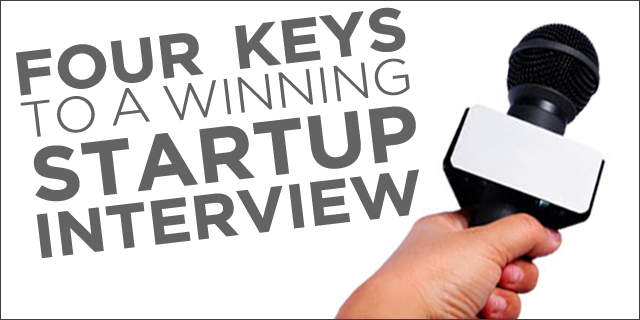 We’ve covered tips for pitching the press, but what happens after you land the interview?

Unfortunately, having an “elevator pitch” isn’t enough. Journalists are looking for a few key elements to write a good article, and knowing what they are will prevent you from being tongue-tied.

Go into an interview with an “angle” in mind. An angle is like the theme of a movie: every detail supports it. Think about Lord of the Rings: the story of an unlikely hobbit-hero. Creepy, stringy-haired creature? Shows how hard the task is. Resurrected genius wizard? Helping out our hero. Wandering ranger who becomes a king? Another unlikely leader.

For example, take this article about a female founder in Indonesia. As I talked to her about her print-on-demand book service, it became clear that the real story was the community she built, not the technology itself. Her users spontaneously started book clubs and wrote books collaboratively on Twitter, and she calls herself a “psychologist for writers.” It’s all about the people.

Angles can be almost anything: your marketing tricks, challenges you overcame along the way, a quirky company culture, etc. They make your story relevant to a much larger audience, not just other startups in your industry. They also create room for controversy and discussion: Is this the best way to build community? Are your marketing tips useful?

And tailor your angle to your audience. I was a bit taken aback when, wandering around the DEMO Asia conference, startups would launch into a pitch before asking who I was. I could have been an investor (maybe I’m a bit young for that), a potential employee, or just a curious observer, and all those people would want different information. To prep for the interview, find out whether the journalist writes more about the technology side or the business side, or something else, and don’t veer too far off topic – for that, the media gods will smile upon you.

“We’ve made a lot of improvements.” “It has some cool uses.” “We try to be creative and fun.”

What’s wrong with these comments? If they aren’t followed by examples, they don’t mean very much. A good journalist won’t take your word for it and parrot the fact that your company is “fun.” But say that you bring in beef tacos for the team on Fridays, or you had an epic paintball game in the office, and we’re listening. Those details make the reader see what’s happening, not have their eyes glaze over.

Take Fluidinfo: an app and API that helps make the web writable. “It has some cool uses,” too. (Zzzzz, go the readers.) But an example makes all the difference: someone created a tool with Fluidinfo that hides all mentions of Derek Jeter online. Now that sounds interesting.

Narratives help make information accessible and memorable; hence the parables, folklore, and epic poems of yore. To spin a narrative around your startup, think about how you met your cofounders, why you started, and how you and your product have grown along the way. This adds color, and brings up challenges and lessons that readers might be interested in.

Another seemingly-boring interview I was doing about a website-feedback tool turned around when the founder mentioned that he visited Russia to recruit programmers. “What was that like?” I asked. Some vodka, a lost wallet, and uncooperative government officials later, I had something to work with.

And even if journalists don’t write about your narrative, it will probably make them like you more – which is never a bad thing.

Your competitors shouldn’t be treated as they-who-shall-not-be-named. You earn more credibility when you thoughtfully explain how your product is different, rather than claiming, “We have no competition,” or “We are our biggest competition.” (A quick Google search will prove otherwise, and journalists won’t appreciate it.)

You also get credibility points by positioning yourself as part of a trend, like an incubator that reflects a rising interest in student entrepreneurship, or against a trend, like a Singaporean game studio rebelling against Angry Birds-style, quick-and-easy social games.

This could all be summed up as: paint a full picture, and don’t be boring. Journalists, their readers, and your user numbers will thank you.