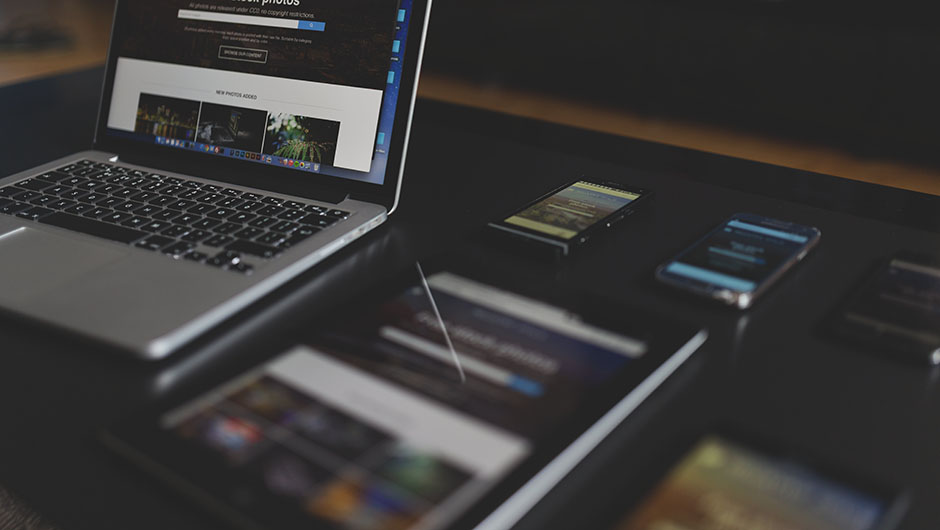 I took my first bite out of that little white apple nearly 15 years ago.  I bought a first-generation pink iPod Mini in early 2004, just after they were released.  I was teaching in Southeast Alaska, and it was easier (and cheaper) to ship something that small than it was to ship a stereo.  I was so excited to buy my first Apple product that I had my name and phone number engraved on the back; it was free.  Why not?

That was my first taste of Apple, and I’ve slowly built up my stable of Apple products for a variety of reasons:

In the case of the iMac that I bought myself recently, Apple offers the features of a typical desktop in one piece of equipment.  When I bought it, in order to make my online learning experience a smoother one, I picked the iMac not because it was an Apple machine, but because I knew I could get a decent student discount, and I’d be able to effectively open one box, plug it in, and push the on/off button.

I happened to purchase one of the newer 21-inch models, with a thinner body, and I can pick it up and move it around my living room with one hand.  My parents – who have an older 27-inch model –  cannot do that with theirs.  This comes in handy when rearranging my living room, as I often do.  How many PCs can be picked up with one hand and be transported around a room?  Very few.

There aren’t many that look as elegant as an iMac, either.  Apple has won awards for its designs for decades, from its hardware to its software.  As haughty as it sounds, I would not want the eight-pound brick of a laptop I had the first year I was teaching sitting on my modern little desk.  I really do prefer my sleek iMac.

With that iMac, I paid a little extra for one of my favorite innovations I think Apple has ever developed: the Magic Mouse.  During my day job, where I use a Windows PC all day, I often find myself trying to use the plain little mouse as if I’m home with my Magic Mouse.  I forget that my work mouse is not as mighty as my Magic Mouse.  It’s a source of amusement for certain coworkers.

Even the stand-alone desktop that Apple does produce looks unlike any other I’ve ever seen.  More like a jet engine than a computer, the Mac Pro offers graphics editing prowess in a machine no taller than an iPad.

Earlier today, Apple's latest product release showcased a number of new mobile products such as the Apple Pencil and a smart keyboard.  The pencil will detect angle in order to create fine or broad strokes, thus creating more options for artists who love Apple products.

Speaking of iPads, my father uses a first-generation iPad every day.  Granted, he doesn’t use it for business or school purses like I do.  However, it gets used for YouTube viewing, photo storage, even web research for his artwork.  Plus?  My niece and nephew, who just happen to be toddlers, use it whenever they’re visiting.  It’s nearly five years old, yet it withstands the daily wear and tear of a digital immigrant in his 60s and two digital natives in single digits.

What’s also impressive is how long my first computer from Apple lasted. Laptops are usually built to “live” for about three years.  They are, by nature, fleeting objects.  They are made to be portable and are marketed with myriad protective shells, cases, and shields for a reason.  I dropped my MacBook so many times, I lost count.  Yet it kept on ticking.

My previous laptop, a Windows-based machine, hadn’t made it that long, and I don’t think I ever dropped it.  I bought it in 2002, and it only made it about five years before being replaced.  I’m rough on my technology, so the fact that I can get a laptop to last almost nine years is impressive.  That MacBook has been on a road trip or three, in a backpack.  It’s been forgotten about in hotels and it lived to tell the story.

Only when I decided to go to grad school did I face the music: it was no longer up to the task.

My second-gen iPad struggles to keep up with my schoolwork, but though it doesn’t support hand-off technology like Apple’s newest mobile tech, I can still access my work from the Cloud.  It’s a little difficult from my older iPad, but since I got the latest and largest iPhone, things have been a little easier.

I’m the first to admit that there are some Apple and Mac features that aren’t the greatest.  Pages?  Sorry, Apple, but I do prefer Office.  Call me old-fashioned, but I learned how to type using Word’s predecessor, and Office has always been used more often in the offices in which I’ve worked. Sure, the interfaces in the iWork suite mirror the simple elegance of Apple’s iOS; however, Pages functions more like a graphic design program than a word processor.  That’s okay; Macs and their software are built for design offices.  There was a reason the first Mac I encountered was in a newspaper office.

Thankfully, the gap between some Microsoft and Apple products in narrowing. Late last year, Office for the iPad was released increasing the cross-collaboration of the two tech giants.  And you can always buy Office for Mac like I did.  It’s not cheap, but there are ways to get discounts: businesses, students, and educators all receive discounts on products.

In the end, I pick and choose.  I use Office on my iMac at home, but I will probably soon buy a Chromebook for work.  I still use Pages for my creative writing because it offers the cleanest interface, similar to iOS.  Everyone has a preference, and now that I’ve found some combos I love, I’ll stick with them.