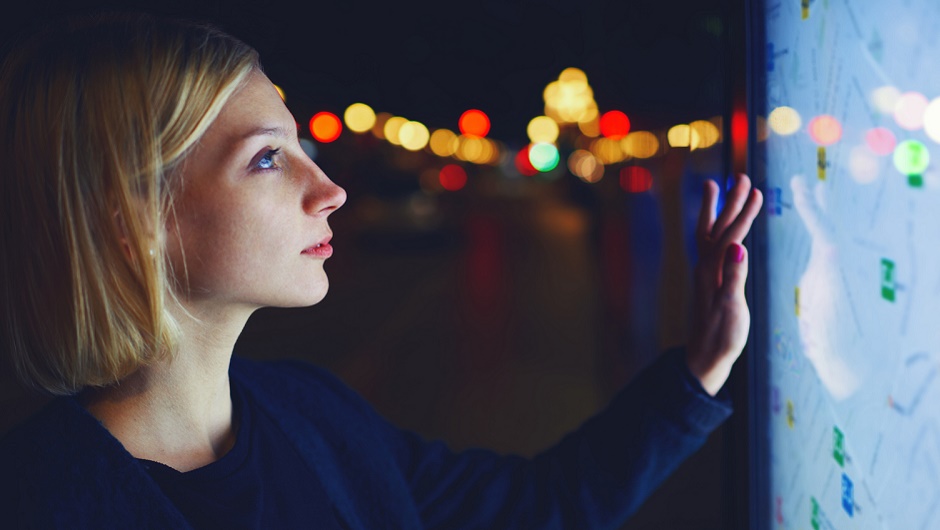 The world is becoming more connected by the day. Not only are people carrying with them vast collections of web-enabled devices, we’re seeing more and more ‘regular’ items being hooked up to wider networks. It’s a concept known as the Internet of Things, or IoT.

Look beyond the increasingly cliché example of the intelligent fridge that knows when you’re out of milk and you’ll find a whole host of examples of connected technologies being applied in world-changing fashion: bins that know when they need to be emptied, traffic light systems that work hand in hand with public transport networks and buildings that use the energy they need and nothing more.

The ‘I, Robot’ scenario

The benefit that links all of these things is less human involvement – the more tasks we can place in the ‘hands’ of machines, the more time we have to spend on other things, whether they’re more critical or simply more enjoyable.

Contrary to some people’s assumptions, not all jobs will be taken over by robots – the workforce will very much still exist. It’s safe to say that the advent of smart cities, and the IoT in general, will bring about significant changes, however.

The biggest gain for businesses in all of this will be increased productivity. Owners and their employees will find that processes become more efficient as human involvement is removed at every opportunity. Time and effort can then be dedicated elsewhere, focused on tasks that require more care, attention and specialist skills.

As companies start making more money from the adoption of automated labor, staff will be required to learn new skills in order to remain valuable. The changes will bring about more demand for technical and analytical skills, so the gaps should be filled quickly, but it’s a shift that should be addressed quickly by management teams.

The efficiency benefits aren’t limited to the actual work that’s completed by a business – they extend to general running costs too. The goal of the smart city is to make people’s lives easier, cheaper, safer and more secure. Part of this involves the monitoring and optimisation of energy usage.

Cities account for three quarters of global energy consumption, and 80 per cent of CO2 emissions. As digital technology and energy provision continues to converge – a notion dubbed ‘Energy 3.0’ – these figures will fall and places of work are first in line to benefit.

We’ll have smart appliances that can automatically conserve energy when they’re not being used, including lights and computers – undoubtedly two of the biggest contributors to the average firm’s monthly bill.

Dedicated smart meters will take things further by harvesting and communicating data on a company’s energy consumption, giving the provider and its customer the tools they need to optimize usage and reduce spending. Of course, this isn’t all about financial gain – the environment benefits too, so expect healthier workers operating in cleaner working environments.

Figures from the UK Health and Safety Executive (HSE) show that 77,593 workplace injuries were recorded between October 2013 and October 2014, along with 133 fatalities. What this proves is that despite ever-tightening health and safety regulations and guidelines, workers still face risks every day – especially in industrial manufacturing environments.

Put simply, we are only human. Mistakes happen every day, and many lead to accidents. As anyone using Internet Explorer will know, technology isn’t far from flawless either, but it’s definitely better. With computers, you don’t have illness, tiredness or concentration lapses; they’re programmed to follow specific patterns and they get to work. The result will be fewer instances of injury.

Workplaces will also benefit from the IoT’s impact away from their own premises, particularly when it comes to transport.

As Telegraph tech writer Monty Munford rightly points out, people commute at the busiest and most expensive times of the day, in “cattle class” conditions. Connected technologies have the power to change this. Multi-modal transport is a big part of the smart city vision, where effective collaboration (digital and otherwise) exists between road networks, parking spaces, buses, trains and everything else linked to getting around.

For those with direct involvement in transport – think couriers, haulage firms, taxi companies and emergency services – the rewards are obvious: fewer delays means increased productivity, and better conditions mean safer drivers. Back in the office, management teams will see absence and late figures drop as workers start finding it easier to get from A to B; if they’re not working remotely, that is.

Truth be told, there are very few areas in which the IoT won’t have a significant impact. People will feel the changes at home, with more connected ‘things’ making life considerably easier. The same is very much true once they leave home as well – both on the journey and at their destination.

Tom Chapman is a content specialist who works for Vertical Leap