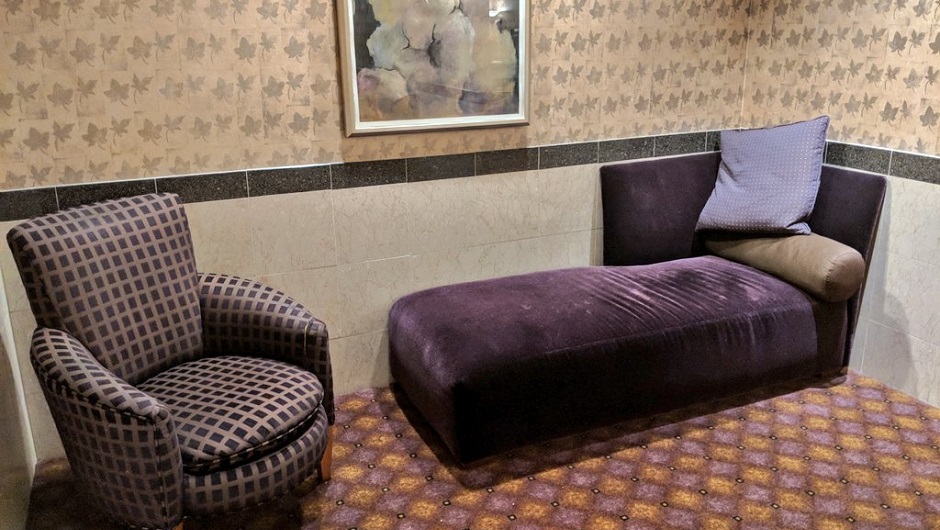 When commercial product manager Lin Classon stepped inside a ladies' restroom at Amazon Web Services’ 2017 re:Invent conference, she wasn't surprised. Instead, she was alone.

An empty women's restroom functions as the canary in the coal mine of the tech industry. As Lin explains, the solitude she often finds within them at popular tech conferences highlights the lack of women at the very events that could propel them into industry leadership positions.

“The under-representation of women at major tech events, like AWS re:invent or CES, is largely a pipeline problem, and it’s something I experience at every IT event I attend,” Lin explained in a statement to TechCo.

“It’s now an inside joke that I share photos of the clean, empty women’s restrooms. It’s a humorous way to make an important point.”

Prior to becoming Ensono’s commercial product manager for hyperscale cloud, Lin worked at Google, another tech giant that has weathered its share of controversy regarding workplace sexism and racism. And the second conference Lin name checked — CES — this year announced plans to “redouble” efforts to encourage gender equality following a two-year stretch of all-male keynote speakers. But it's worth noting that despite the efforts of CES there has still been some controversy in Las Vegas the week in the form of a widely-criticized robot stripper show (although it is important to stress this event had no affiliation with CES).

In other words, since Lin's re:Invent bathroom break observations first went viral in late November of last year, tech conferences' failures to counterbalance the sexism common in the industry have only become more obvious.

I've taken so many pictures of empty ladies rooms and selfies at these conferences. It was funny, sardonic for a while. It's getting more and more like tired news though. We could do better. #reInvent #AWSreInvent #reinvent2017

The Bechdel Test of Tech Conferences

In the film and TV world, the Bechdel test serves as a litmus test to see whether a storyline is too heavily steeped in a one-sided male perspective: The show will pass if two female characters hold a conversation about something other than their relationship to a man. In the same way, finding a empty women's room at a tech conference is a quick way to determine that women are unfairly sparse on the guest list.

The Bechdel test is not intended to be taken as a quantifiable metric of sexism for any one film in particular, but instead highlights the failures of the industry as a whole. It — like the restroom test — provides a tongue-in-cheek way to open a conversation about an industry-wide problem.

There's one more similarity, too: Film and conferences both serve to promote role models for a younger generation. Keverne Denahan, co-founder of tech start-up KardZee, holds a goal to one day be famous enough to become a role model for young girls who might go on to found or lead their own tech company.

“It’s important for women to be in leadership positions — whether that means as a speaker at a major tech conference, on a founding team, or some other position — so that girls and young women have role models in the tech industry,” Keverne tells me.

“There aren’t enough women in tech or in leadership positions for the younger generations to look up to and learn from and be mentored by. Female panelists and speakers at major tech conferences — just like female founders or C-level executives — serve as a visible example to young girls of what they can do and be, themselves.”

Rest assured, however, that quantifiable metrics on the extent of sexism in tech are numerous. The most recent is from Pew Research Center, which found in a study published on Tuesday that 50 percent of women in STEM jobs say they've “experienced any of eight forms of discrimination in the workplace because of their gender,” a number that soundly beats out both men in STEM positions (19 percent) and women in other non-STEM occupations (41 percent).

Some tech sectors have it worse than others, both in instances of discrimination and in the percentage of women working in the sector — Women form a majority in health-related fields, Pew Research has found, but average a mere 14 percent in the engineering sector. In computer occupations, those numbers have even decreased over the past few decades, shifting from 32 percent in 1990 to just 25 percent today.

The gaming industry's problems are particularly prominent, a point video game developer Brianna Wu drove home in a recent NPR interview in which she stated that “when it comes to the game industry itself, we are not having a #MeToo moment at all.” In the face of this culture of silence, Wu is running for a congressional seat in her state of Massachusetts this year.

Some tech companies feed cultures of discrimination against women, others launch programs to highlight them — and often a company will do both, creating a diversity board or program as a quick fix when faced with bad PR, rather than begin the more costly process of changing an ingrained culture.

Simply encouraging women to enter the tech industry is a far cry from opening keynote speaker positions to them, Lin points out. To better combat sexism in the tech, leaders must strive to understand which silent forces are preventing women from rising as quickly to positions of power as their male counterparts.

And major conferences have the most power to change their industries, but are choosing not to.

“We need to grow and sustain the number of women in STEM fields and ensure young girls are not discouraged from choosing careers in STEM because they don’t see themselves represented. Part of this starts at the workplace,” Lin tells me.

“Businesses that want to demonstrate their commitment and support for diversity should consciously recruit and cultivate female leaders beyond tokenism. I once saw this quote ‘Diversity is being invited to the party. Inclusion is being asked to dance.' It’s every company’s responsibility to foster diversity and inclusion within their employees. It’s also simply the smart thing to do — a diverse workforce is good for business.”

Female leaders in tech exist, and conferences that fail to represent this reality should be called out, Lin went on. CES may just be wrapping up, but as event planners continue putting together every other major tech event in 2018, they should keep their “Time's Up” pins on.

“Arguably,” Lin said, “representations are even more important for bringing up the next generation of women engineers, inventors, founders — you can’t be what you can’t see.”

The tech industry may be all about looking towards the future, but the future will only make progress if we remember those voices in the community that haven't been heard in the past or even — as any conference's empty women's restroom will attest — in the present.